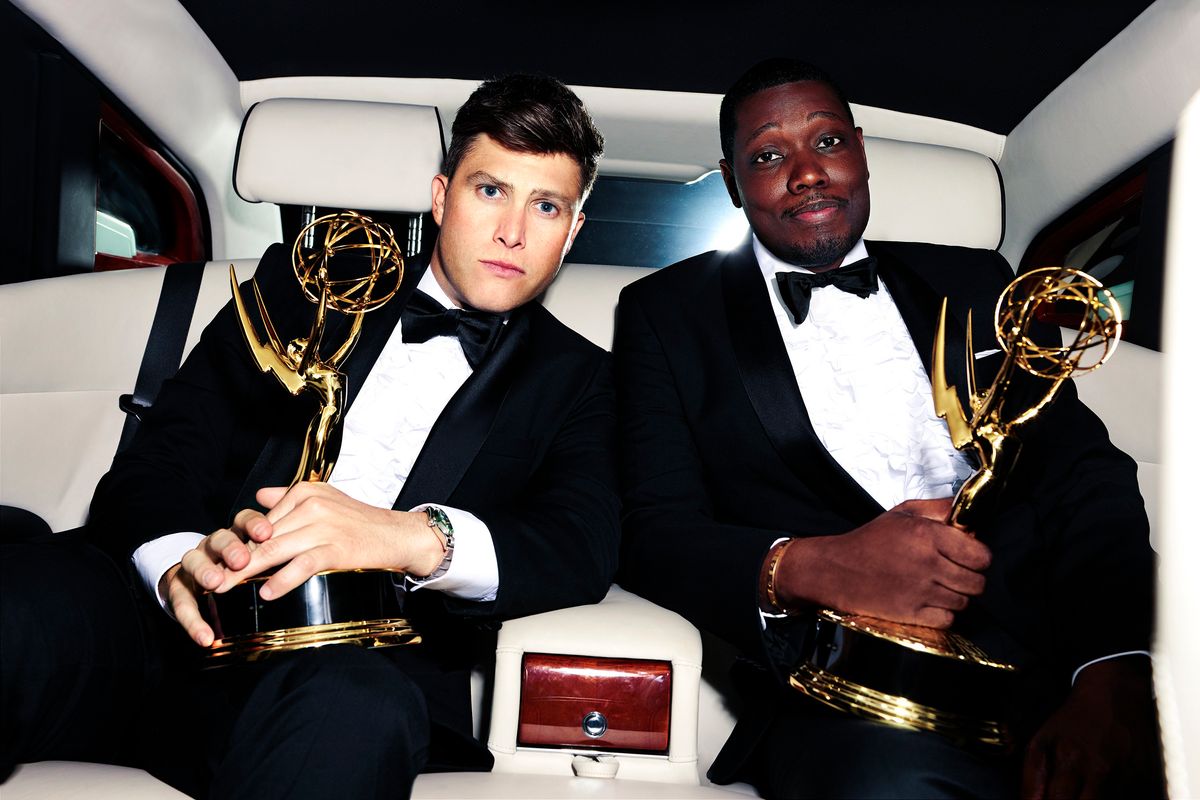 The most extra night in TV is upon us! The 2018 Emmy Awards and the 70th edition of the event will be hosted tonight at the Microsoft Theatre in downtown Los Angeles.

How about the red carpet?

Designer gossip and asking celebrities for their hot takes on recent scandals will kick-off at 6:00PM ET / 3:00PM PT. Tune into E! or PeopleTV. Vogue will be doing Twitter coverage.

How do I watch?

The awards will air on NBC (hence their Monday night slot, some people wanted to watch football last night or something). Head over to your local NBC affiliate (Channel 4 in NYC and LA).

No, I meant how do I watch the Emmys online, I don’t own a TV obviously.

Right. If you're normal and don't own a TV, and instead are hoping to gawk at fabulously dressed beautiful people from the comfort of your bed, here are your options:

NBC will be live streaming the awards on its website and app, however you need a cable provide log-in, so text your dad/sister/ex/college roommate to make sure you have it on hand.

If you can't scrounge up a cable log-in, you can also watch NBC via Hulu with Live TV, DirecTV Now Playstation Vue, YouTube TV, Fubo TV and Sling TV, which offer NBC. Most of these services offer free trials, which tonight might be a good night to cash in on.

Streaming services are dominating this year Emmys. Netflix slayed this years nominations, with 112, the most of any network or platform, mostly for the The Crown, Godless, and Stranger Things. They beat out HBO, which received 108, concentrated on Game of Thrones, Westworld, The Handmaid's Tale, for the first time in 18 years. NBC followed in third with 78 nominations.

Frontronners' Handmaid's Tale (last year's big winner) will face off with Game of Thrones (for the first time, GoT wasn't in the running last year), with The Crown and The Americans as underdogs. Praying for Atlanta in the comedy category up against Barry, GLOW, The Marvelous Mrs. Maisel, Silicon Valley, Blackish and others.

We'll also be stanning Sandra Oh, who made history as the first Asian woman to be nominated for a Lead actress Emmy, for Killing Eve.

Read the full list of nominations here, and start placing your bets.