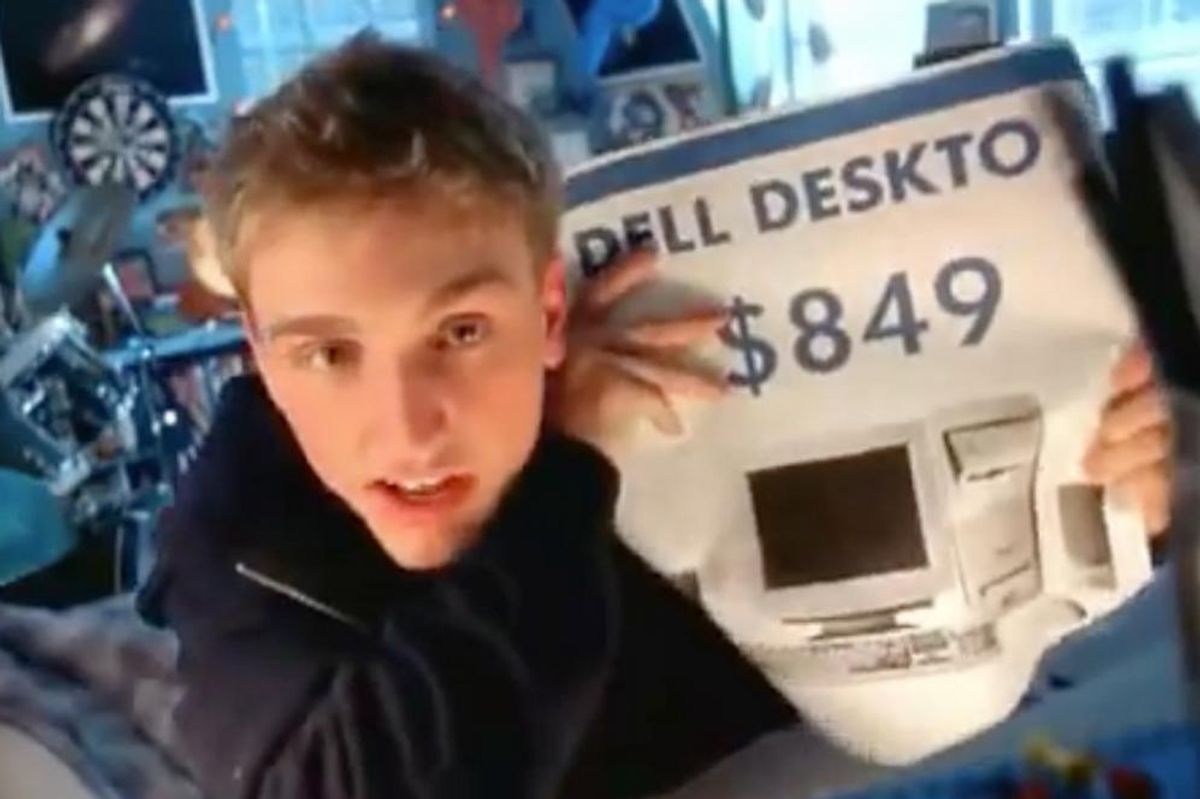 The Eight Best Commercial Characters Ever

"Dude, you're getting a Dell."

It takes a really fabulous character to sell me a product, and fortunately, Madison Avenue has come up with scads of them through the years, keeping my house filled with useless merch and my mind stuffed with colorful fake friends. Here are the eight best of all time (and I won't include the Lifecall spokeswoman Mrs. Fletcher, only because Edith Fore, the most famous lady who played her, was a real person who'd been in a similar situation).

Comic/actress Stephanie Courtney struck gold as the upbeat, headbanded Progressive Insurance employee Flo starting in 2008. I resisted Flo at first, but then gave in to her sardonic appeal, especially since she's truly stretched with time. In fact, starting two years ago, Courtney basically did a Klumps and played Flo's mother, father, brother, sister, and grandpa in a real tour de force. In any guise, she somehow makes you want insurance, even if you've got nothing to insure.

Ex-child star Jane Withers came on all bold and butch in a series of Comet commercials that started in the 1960s. Wielding a plunger, she'd announce "Use new SUPER strain removing Comet" and declare that it "gets out stains when other leading cleansers can't." For me, Josephine represented early LGBT visibility, even if she was straight. (I said IF.)

Pint sized genius Nancy Walker excelled as the New Jersey diner waitress extolling the joys of Bounty paper towels from 1970-90. Rosie's catch phrase was that Bounty was "the quicker picker upper…even when wet." And it quickly picked up her career. The ex-Broadway star landed the role of Ida Morgenstern on The Mary Tyler Moore Show and later on Rhoda, and she felt her paper towel visibility had a lot to do with it. She really cleaned up!

Jan Miner was priceless in Palmolive commercials from 1966 to 1992, trying to convince her customers (and us) that dishwashing liquid could constitute a really good manicure treatment. "Palmolive softens hands while you do the dishes," she asserted, with a sort of New Yawky assurance. This always led to the delighted customer being told, "You're soaking in it." They soaked us all right -- but Miner was a gem.

A star was born in 1984 when a petite, old manicurist and actress from Illinois popped up in a Wendy's commercial wondering "Where's the beef?" The ad was a sensation, but alas, Peller was axed by Wendy's after she did a commercial saying she'd found the beef at Prego Pasta Plus. But believe me, she died rich -- not hungry at all.

From 2000 to 2003, Chattanooga-born Ben Curtis played the Dell Dude, a sort of slacker doof named Steven who finished every transaction with "Dude, you're getting a Dell." Unfortunately, Curtis was caught getting a joint, so he was busted, and not long afterwards, Dell dumped him (maybe because of that, maybe not). In any case, he's a good actor and a Facebook friend of mine!

"Please don't squeeze the Charmin!" urged supermarket manager George Whipple from 1964 to 1985, but of course, he couldn't resist indulging in the very same taboo activity himself in unguarded moments. As effetely played by actor Dick Wilson in over 500 commercials, Whipple actually made us believe that humans might get a kick out of squeezing toilet paper. Wilson/Whipple came back in 1999, but then he was replaced by the Charmin bears and in 2007, he died. Squeezably soft till the end.

In 1999, a SAG strike prevented the use of actors, and I myself turned down a Minolta commercial because I belong to the union. (True story.) But for every actor that stayed home, an animal took their place. The gecko was born out of this situation, and in the first commercial, Kelsey Grammer did the voice of the creature, claiming there had been GEICO/gecko confusion and snarling "Stop calling me!" The character's voice and demeanor changed throughout the years, and he was even Cockney at one point. So weird and yet so compelling.