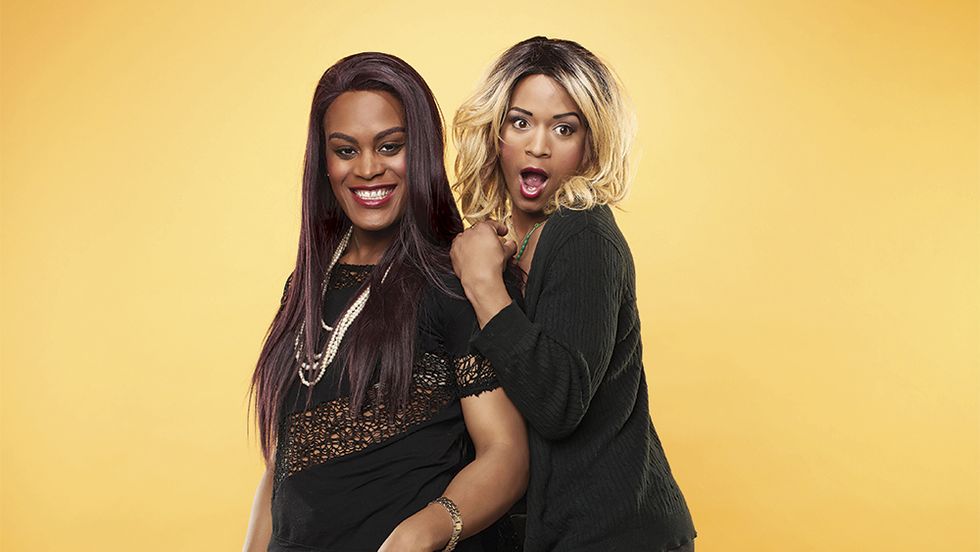 The Duplass Bros Launch Oscar Campaign For The Ladies Of 'Tangerine'

by Carey O'Donnell
PAPERMAG
Jay and Mark Duplass and Magnolia Pictures have officially launched a 2016 Oscar campaign for Kitana Kiki Rodriguez and Mya Taylor, the two stars of the critically acclaimed indie dramedy Tangerine, of which the brothers Duplass are both producers.

This marks the first ever campaign for two trans actresses, for the Best Actress (Rodriguez) and Best Supporting Actress (Taylor) categories, respectively. Tangerine itself (directed by Sean Baker) could be looking at a Best Picture nomination.
Mya Taylor & Kitana Kiki Rodriguez
A darling of the 2015 festival circuit, the movie follows the misadventures of two trans prostitutes on Christmas Eve in Los Angeles.

The innovative film was shot entirely on 3 5s iPhones between December 2013-January 14, matching the story's raw, stripped down content, and setting a new bar in the evolution of low-budget filmmaking.

In an interview with Variety, Mark Duplass acknowledged that while actors have been rewarded and recognized by the Academy for their portrayals of trans people (Leto, Felicity Huffman, Jaye Davidson), they were still cisgender.

Of Rodriguez and Taylor, and the larger aspect of trans actors being recognized for their talent, Duplass said, "This is the time for it; we're in the middle of a civil rights movement," adding that even if the campaign is unsuccessful, they don't consider it a loss.

"This is a long play in our minds," Duplass said.

Watch the amazing *Red Band* trailer for Tangerine below.
You May Also Like
Famous People