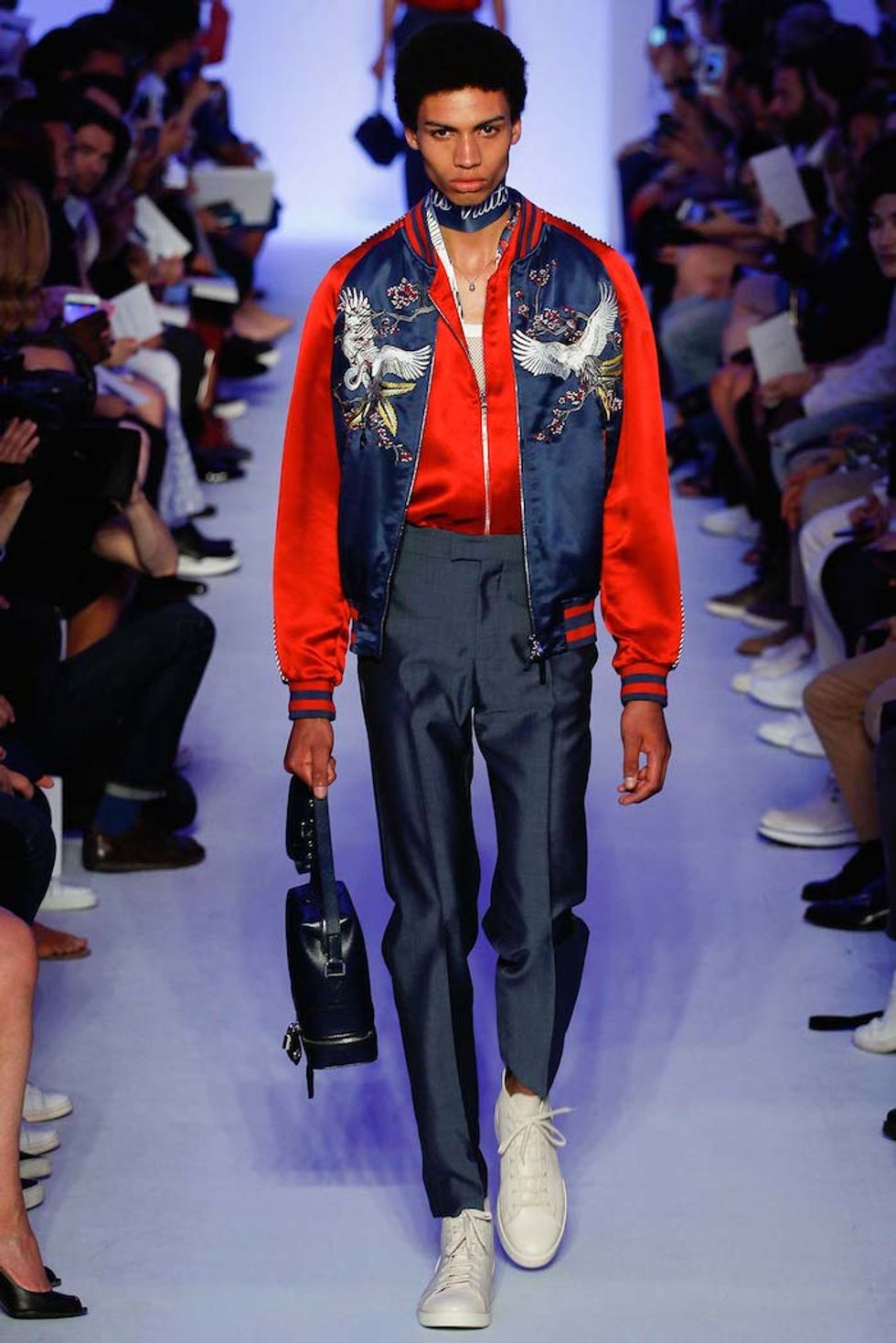 The Diverse Breakout Male Models of the European Men's Collections

While fashion still has a long way to go with diversity on the runways and in campaigns, the recent men's shows in Europe presented a refreshing array of diverse faces and offered us some hope that things are changing. Meet seven break-outs and keep an eye out for them this week during NYFW: Men's.

A Spanish-Croatian living on the Canary Islands, Piero Mendez closed for Valentino in Paris. The multi-national was a fitting choice because when asked about his collection, Valentino designer Maria Grazia Chiuri told Style.com, "Cultures become one culture -- that's what we find exciting... At the end there is no real reference. We love to go around with our mind and our inspiration to create."

A combination of Indian-Trinidadian-English descent, Jackson Hale was the exclusive for Burberry Prorsum this season at LCM. Not only was Burberry Creative Director Christopher Bailey's choice of casting Hale an appropriate nod to Burberry's global male customers, but his garments echoed this emphasis on a more adventurous consumer, too, with highlights like formal lace intertwined with casual sweatpants.

Korean-British model Sang Woo Kim closed the London brand Oliver Spencer's show during LCM. He is also one of the current faces of DKNY and one of the many diverse faces for Dolce & Gabbana's upcoming Fall/Winter 2016 campaign.

A house that is based on the philosophy of travel, Louis Vuitton presented a collection inspired by journeys through Japan, Indonesia, and China. Showing clothes that gave a nod to Japan's appropriation of American workwear, Kim Jones' Spring/Summer 2016 is an ode to cultural identity, diversity, and unity. Who better to open this show's message than the striking show season star Sol Goss?

Victor Hansen (@victorshansen)
Danish model Victor Hansen was also among the company of Jackson Hale to close Burbery Prorsum's collection -- the perfect embodiment of the multi-faceted Burberry man of the 21st century.

The ponytailed, Hawaiian-born Tony Thornburger is a Japenese-Swedish model/actor living in Zurich. He's caught the fashion world's attention walking for Etro and Giorgio Armani in Milan and Yohji Yamamoto in Paris.