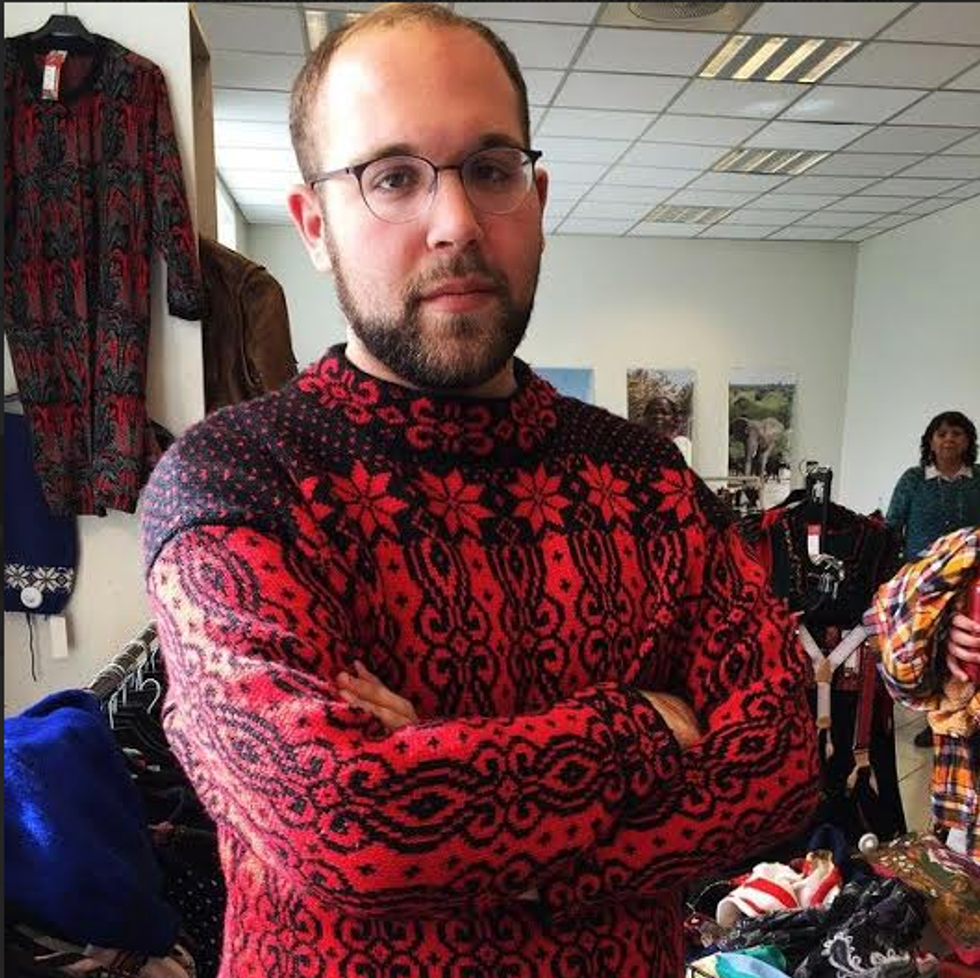 The Dadbod in Pop Culture, from Draper to Blart

"What was dadbod?" the Internet seems ready to pensively ask itself, a full 24 hours after the word "dadbod" appeared fully-formed from the wilderness, sparking several thinkpieces, explainers, and lists of other bods, and finally, retreating into the psychic and cultural landfill in which all old memes rest, waiting to be reborn.

New York's The Cut defines dadbod as "a physique characterized by undefined muscles beneath a light layer of flab, usually topped off with a beer belly," pointing to human teddy bear Jason Segel as the Platonic Form of the trend, the theoretical bod from which all understanding of dadbod derives. Monica Pearson, writing for Clemson's Odyssey, articulates why women are attracted to these men: it "makes boys seem more human, natural, and attractive."

Thinking about dadbod (or, at least, thinking about why people want to talk about it) is a thicket of moral and cultural anxieties about body image. On one hand, the idea of rejecting unreasonable standards of beauty is good. On the other hand, applying that idea to men is at the very least deeply hypocritical and broadly unnecessary, given the extent to which we collectively demand that women adhere to impossible physical ideals while perpetually rewarding people who not only look like Kevin James, but occasionally are Kevin James. (A staffer from the Cut notes that people with dadbods she's dated are the most overeager about trying to "correct" her eating habits.)

And on the third hand, women are apparently into dadbod because it makes them more comfortable with their partners, which... is... good again? Generally speaking, people should be able to do what they want. The real trap here is that men (who really, really don't need a permission slip to let themselves go) will continue to judge women, using the dadbod as an excuse to be sick bros.

All in all, given the unnatural divisiveness of dadbod, it perhaps makes sense to engage in judgment on a bod-by-bod basis, so that we might move toward a Grand, Scientific Theory. Here are some dadbods, with analysis of whether they are Good Dad or Bad Dad.

Jon Hamm
Why is Jon Hamm the listed photo for the Slate dadbod piece? How is Don Draper, a generally lecherous, but undeniably attractive dude, possibly a dadbod? He might have kids and be getting on years, but come on, the guy played a character on 30 Rock who was insulated from everyday life because he was so goddamned handsome.
Verdict: Not dadbod -- 0/10 dads.

Anthony Anderson
Anthony Anderson might not be the prime example of dadbod in our culture right now, or the most popular, but he's definitely the person who is silently rocking it the best. His Andre, the nominal protagonist of ABC's excellent Black-ish, leans into the grosser parts of being a dad, while harnessing his goofy enthusiasm to be a legitimately appealing person. And he's a good enough dude that his relationship with Rainbow (the beautiful Tracee Ellis Ross) actually feels like a real marriage, rather than simply another schlubby dude being placed with a woman far out of his league.
Verdict: Pretty damn good dadbod -- 9/10 dads.


Kevin James
Ew. Gross. No. Get out of here, Paul Blart. Go run a zoo or something.
Verdict: Worst, most unrewarding dadbod -- 1/10 dads.


Me
My unhealthy life choices are now unintentionally cool (see also: being really into Dungeons & Dragons when I was a kid), which is great for me, but bad for everyone I could theoretically date. And honestly, without kids, I am doing myself no favors as a dad, precipitating a long, decadent slide into unbridled grossness.
Verdict: Being generous to myself -- 5/10 dads.

Jason Segel
Somehow, Jason Segel became the consensus choice for the perfect dadbod, the bod whose flab provided the sustenance for all human knowledge surrounding dadbods. There are decent enough reasons for this -- his performance as Peter in Forgetting Sarah Marshall is one of the most compelling sadboys committed to film (and he gets to wear Hawaiian shirts all the time), while Marshall from How I Met Your Mother is basically a time-lapsed YouTube video of someone acquiring dadbod and still being reasonably attractive.
Verdict: Very good dadbod -- 9.5/10 dads -- but not the best. Because the actual best, Platonic Form of the dadbod is...

Hitch-era Kevin James
Yes, Hitch-era Kevin James. The very plot of Hitch should induce nausea -- a very conventionally attractive man (Will Smith) uses extensive manipulation to help a nebbishy, chubby accountant (James) win the heart of celebrity Allegra Cole (Amber Valleta), someone who is used to define the standards of female beauty that produces anxiety in the heart of the original dadbod adherents. But James saves the movie (and turns in perhaps the only good performance of his career) through a mystical ability that has only recently been given a name: dadbod. Kevin James' Q-Tip dancing is the nail in Segel's coffin. Shut it down -- 15/15 dads