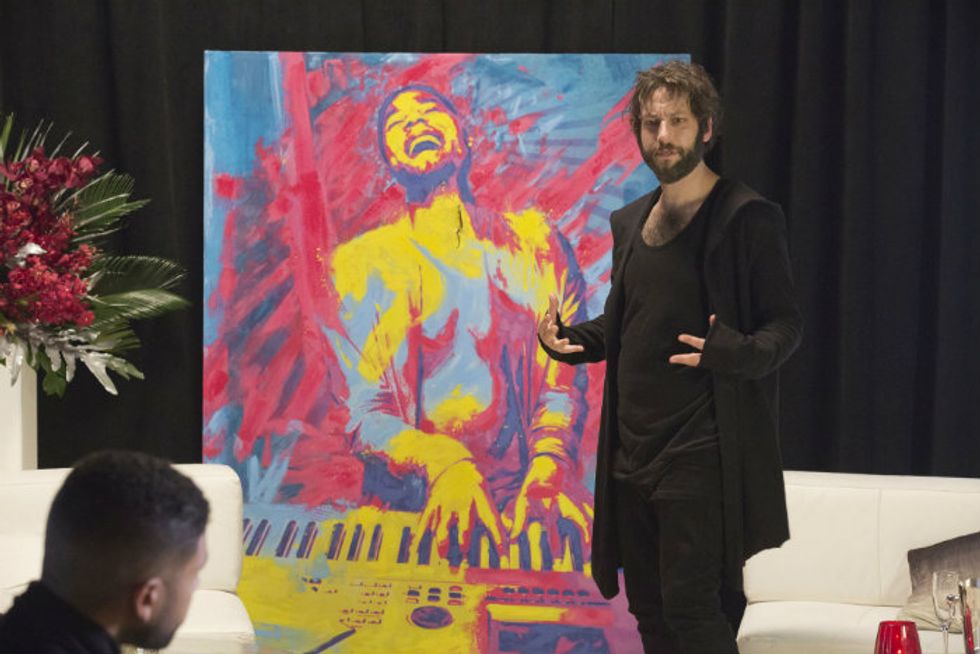 As this season of Empire really heats up, we're starting to get a sense for the big conflicts -- at least for the next few episodes. The feds will continue to harass the Empire, whether in the person of Lucious or through Cookie's new Lyon Dynasty label, which in turn will continue feuding in a sort of not-that-serious way. Hakeem will continue to drop straight bangers. Here are the craziest moments from "Poor Yorick."

"The Artist" is the album title? Nah. #Empire

5. Jamal's Album is Literally Called The Artist
What if I told you that Jamal's album was named after a Best Picture-winning film? Would you think it was A Beautiful Mind? The Sound of Music? Crash? (Honestly, that one sounds about right.) But nope -- it's The Artist, which is so painfully on the nose that it's perfect for Empire.

4. Naked Lucious
Hakeem and Jamal's music video is kind of gross and kind of amazing (maybe?) in the way it uses its Black Panther iconography, but the most ridiculous physical statement of the episode is Lucious showing up naked to greet the prosecutor, who he's basically been hitting on all season. Are they going to sleep together? Are we going to have to make a lot of eggplant emoji jokes about Lucious while also grossly noting Terence Howard's history of assault?

3. "I want to be inside you."
This is literally something that the photographer says to Jamal while they try to figure out what's going to be on the cover of Rolling Stone. It's unclear whether or not that dude will actually be a viable romantic interest for Jamal (or whether Michael will ever do anything besides look pout-y while Jamal actually has good reasons to look pout-y), but the fact that he actually says "I want to be inside you" is a minor work of... maybe not brilliance, but something.

#EMPIRE #SandraBland "If I die in police custody, it wasn't suicide." #Cookie pic.twitter.com/KWc1a0Cw3L