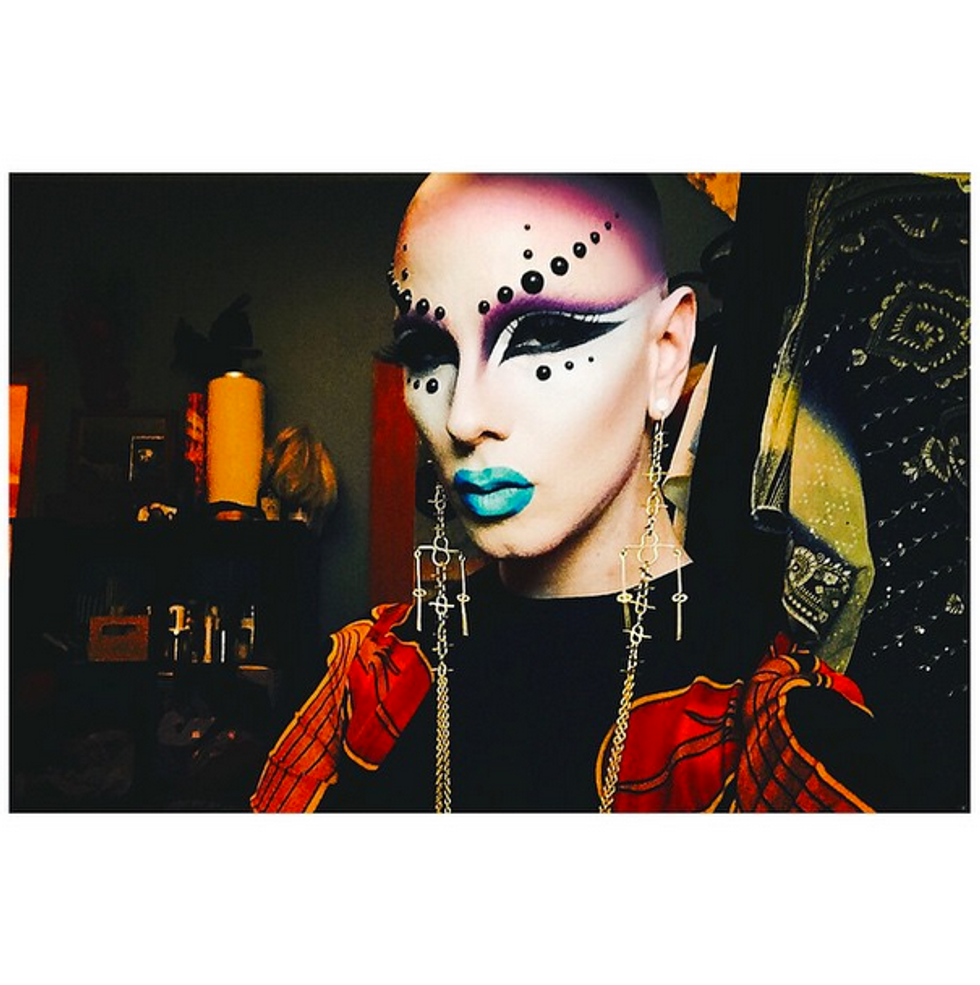 The Coolest Person In the Room: Ryan Burke

by Domonique Echeverria
PAPERMAG
(Photo via Instagram)
In our new column, "The Coolest Person In the Room," we're asking our favorite nightlife pros (hosts, DJs, door people, promoters, bar/club owners, club kids, bartenders, socialites) to tell us about who they think is the one party person whose look is always on point, whose energy is contagious, and whose scene is worth checking out -- basically, that person at the club who they've got their eye on and think we all should know. In each installment, the previous "coolest person in the room" will pass the baton and nominate someone else.

Last week we featured Domonique Echeverria and she's been kind enough to nominate our next 'Coolest Person In the Room': Ryan Burke.

Tell us about Ryan.

Ryan is a genius face wizard (makeup artist) and photographer. He is also my creative partner and one of my best friends. When he's not working for the legendary Pat McGrath, you can find him hosting the weekly 11:11, Holy Mountain or just stalk his Instagram, which I highly suggest.

He's a bona fide weirdo and creative dreamer. Most people are completely content with being a shitty person or slapping on a lazy look but he's a real artist in and out of the nightlife scene and takes his art very seriously. Sometimes he'll let an idea come to him as he goes, but most of the time, he'll carefully plan what he's going to do and tramp all over the flower district hunting for the perfect treasures to adorn himself with and plan the perfect face, thinking, so-and-so will really love this, or this will go perfect with the theme, or I've never gone in this direction too much lately so I'm going to go here instead, or this will really work with the dress you just made me...the kid takes 3 to 6 hours to get ready and sometimes after 1 or 2 hours he'll wipe everything off and start over because he wants it to be perfect.

When did you guys first meet?

I first met him when I was hosting Greenhouse for Susanne Bartsch and Kenny Kenny. He was just sitting in the corner staring at me like an antisocial lil' creep, so naturally I went over to investigate. His face was decorated in a beautiful rhythm that caught my eye and I gave him a drink and forced him to get up and dance. The next day he wrote me on Facebook and I invited him over for a slumber party a few weeks later. We stayed up all night showing each other our art, talking about projects we wanted to work on together and I told him that we were going to be best friends...little did he know I was going to force him to live with me just a few months later! As I got to know Ryan, we both connected over how transforming oneself aesthetically is just another version of playing dress up and how it gives you that extra bit of courage to engage with others. Not only is he an incredible and innovative makeup artist and photographer, but he is kind and compassionate and I think that's really why people gravitate towards him. There's not that ego that grown-ups get, just an effortless, whimsical child-like aura that invites you in, and makes you want to play along.

What makes  him unique in the scene?

He's not an egotistical asshole. He dresses up because he loves it, because he's inspired to do so...even if he's not hosting a party, he'll come dressed up and talk to everyone, make sure the people around him are happy and having fun. He doesn't give a shit about being cool or popular, he just wants to dress up, dance like he's in his own little bubble and giggle with his friends...but don't get it twisted, he's sweet, but he does have a backbone and does not tolerate bullshit from jerks -- or at least, he'll tell me and I'll go yell at someone!

What is your favorite memory you have of him?

He's such a humble and sweet kid, so I guess my favorite memories of him are when I look over and I see his confidence peeping through... he stands a little straighter, opens himself up and allows himself to shine.