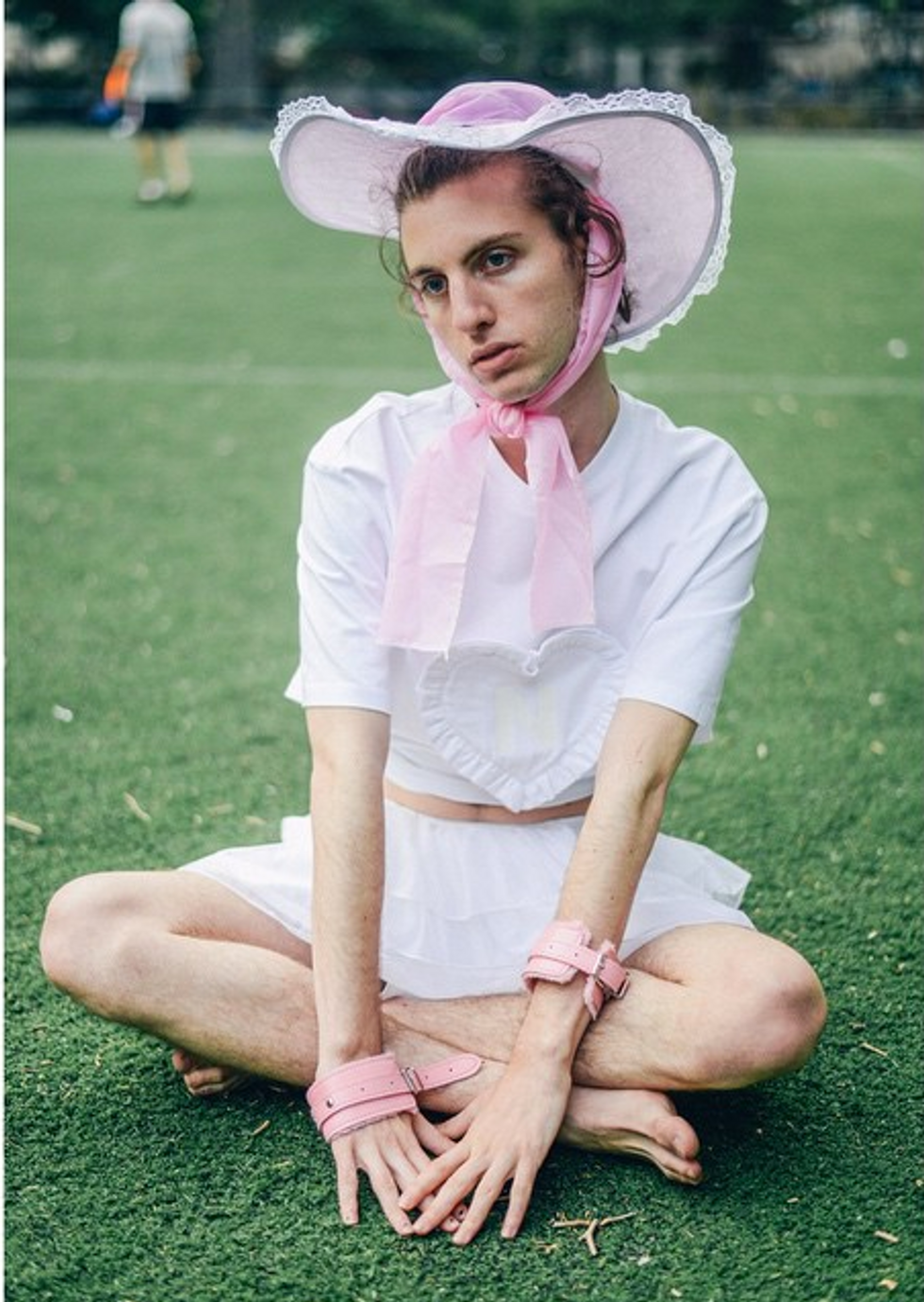 The Coolest Person in the Room: Jake Levy

by Sussi Suss
PAPERMAG
photo via Instagram
In our column, "The Coolest Person In the Room," we're asking our favorite nightlife pros (hosts, DJs, door people, promoters, bar/club owners, club kids, bartenders, socialites) to tell us about who they think is the one party person whose look is always on point, whose energy is contagious, and whose scene is worth checking out -- basically, that person at the club who they've got their eye on and think we all should know. In each installment, the previous "coolest person in the room" will pass the baton and nominate someone else.
Last week we featured Sussi Suss and he's been kind enough to nominate our next 'Coolest Person in the Room,' Jake Levy.
Who is Jake?
Jake Levy, an LA native now living in New York, is a self-made fashion icon. [Whether he's] posting outfits he styled on Instagram or twirling across the dance floor, everybody knows Jake. Jake often hosts parties atPaul's Baby Grand and Subrosa, and always keeps everyone dancing until the sun comes up. The amount of energy this eager-to-please sweetheart has is so bright and refreshing. You can't help but love him.
Why do you love him?
Jake is one of my favorite people in NYC because he radiates joy; his carefree personality makes every night out with him spontaneous and always refreshing. Going to clubs with Jake is a blast but I think the best time to hang out with him is during happy hour, drinking a margarita, flirting with European men...He always has everyone's attention. His style is nothing like New York has seen in a very long time -- it's corporate, Amish, gypsy-chic -- and not just club looks. He's always in something eye-catching that makes people ask "Where'd you get that?"
What makes him unique in nightlife?
Jake is unique because he is so new; he is like a breath of fresh air in a hot, sweaty club at 3:30 a.m. He drives with positivity and always has a smile on his face; welcoming to those who are afraid of nightlife and just want to make friends. In nightlife there are a lot of negative people, but Jake brings joy to partygoers's nights, constantly asking how they are doing. Being one of the founders of the Instagram hashtag/trend/phenomenon, "#HEELCONCEPT," he also has made waves in the fashion and art worlds by making people get creative. His Instagram photos are like paintings.
When was the first time you ever met him?
I don't really remember where I met Jake for the first time...but I do remember the day I first started to really love him. Jake and his roommate Stefan were having a housewarming party at their new home so deep in Brooklyn that it could have been in the country. [It was this] house with an old library, huge gates and a courtyard, so I looked over to my friend Sebastian (the one who introduced me to Jake) and we giggled about how insane it was that he lived in this grand palace. And so we went up this spiral staircase, where Jake greeted us at his door in a gigantic purple ball gown -- it had a hoop skirt and everything. He was running around the apartment greeting everybody with a warm hug and showing them around, and it's times like this that could really make anyone love him.
What is your favorite memory you have of Jake?
One of my favorite memories is the night I was hosting Straight Acting at This n' That in Brooklyn. I needed an outfit to wear and literally had no idea what I wanted to do, so Jake threw together an outfit in 5 minutes that was so on point, I could have worn it on a red carpet. He mixed latex with a sunhat and JPG with fetish gear and flowers. He's brimming with fresh ideas and I trust him 100% with styling.
You May Also Like
LGBTQ