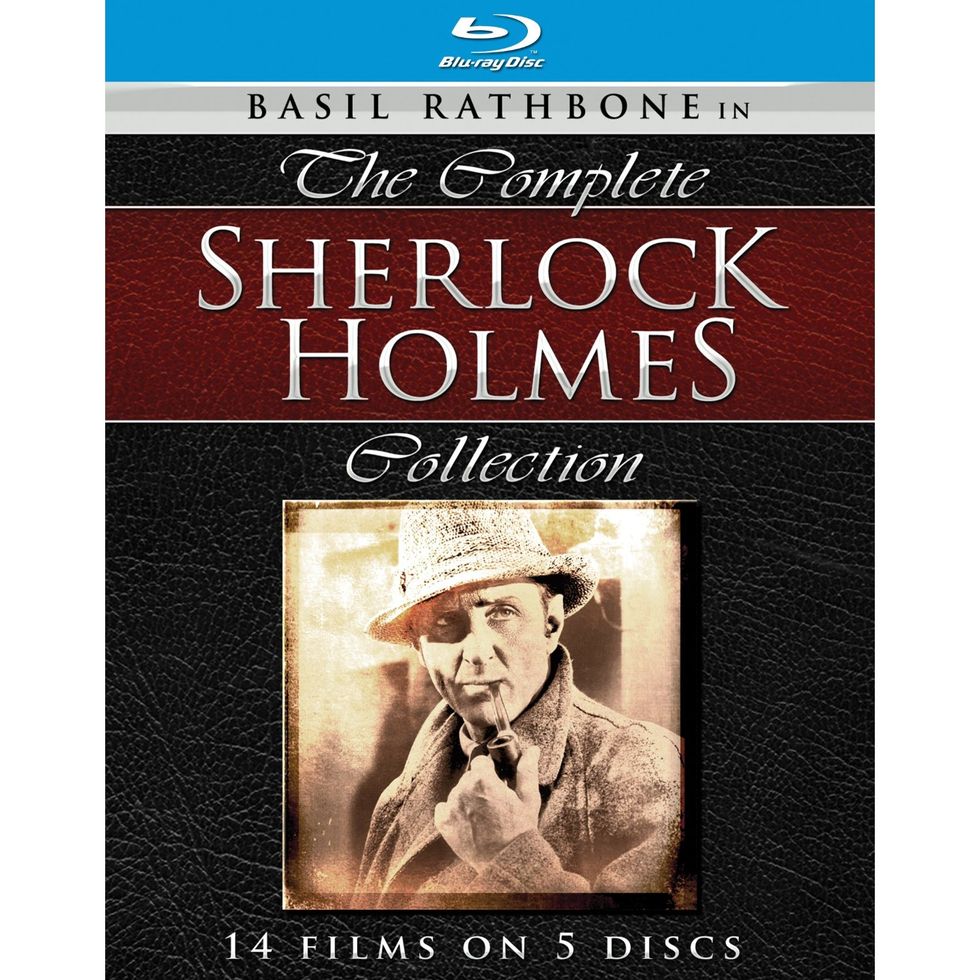 Out now in glorious Blu-ray is The Complete Sherlock Holmes Collection (MPI Home Video). A magnificent five-disc, 14-film set of the original Sherlock Holmes series of films starring Basil Rathbone as the crime-solving detective and Nigel Bruce as the beloved, bumbling, sidekick Dr. Watson. All lovingly restored by UCLA Film Foundation, these films look astonishing on Blu-ray and come with audio commentaries and theatrical trailers as well as photo galleries. Included is the thrilling The Hound Of The Baskervilles (1939) which includes Holmes final line: "Quick Watson, the needle!" alluding to his cocaine use which was cut from most TV prints; The Spider Woman (1944) with the fabulous Gale Sondergaard as Holmes' arch nemesis, and The Scarlet Claw (1944) about a fiend tearing the throats out of people in a small village -- definitely one of the best of the series. For mystery lovers, this collection is a goldmine. And Rathbone really was spectacular as the deductive detective. Super fans can visit him where's he's buried at Ferncliff Cemetery in Hartsdale NY -- he's in the Shrine Of Memories, unit 1. I've gone there to pay homage myself, and, on an additional side note: while you're there , say hello to Judy Garland,  Ed Sullivan, Preston Sturges, Malcolm X and Joan Crawford....

Batshit Blu-rays Of The Month