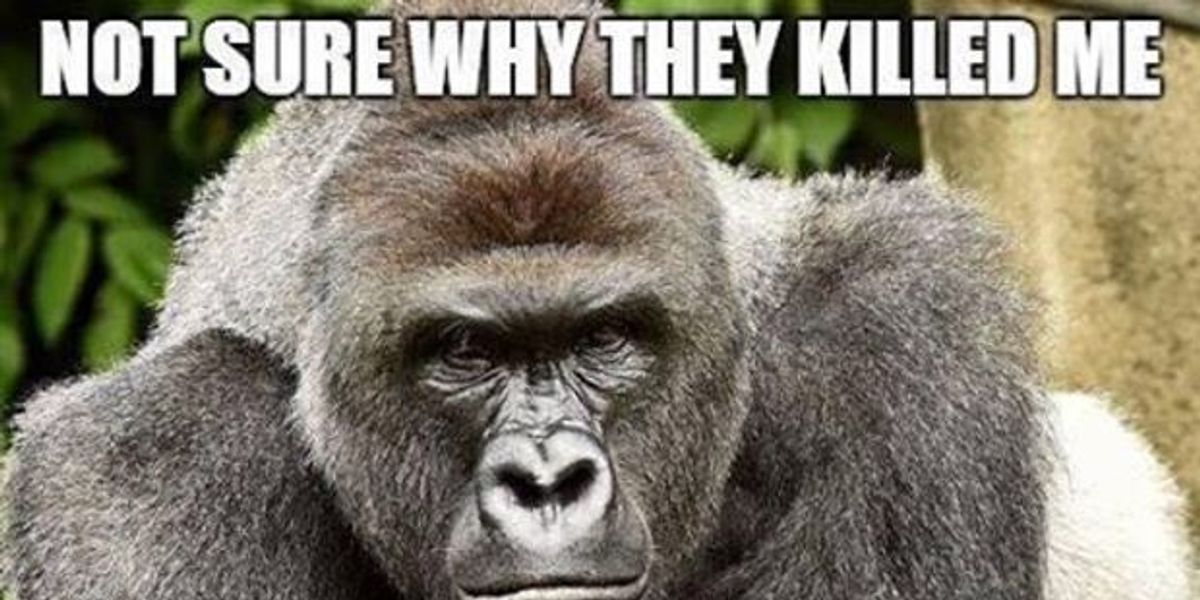 UPDATE: The Cincinnati Zoo Has Deactivated Their Social Media Thanks To Harambe Memes

[UPDATE 08/23/16, 10 am: The Cincinnati Zoo has deactivated their Facebook and Twitter accounts after asking the public to stop posting Harambe memes.]

If you have an internet connection, you know about Harambe and his untimely death at the Cincinnati Zoo, where the beloved gorilla was shot after a child fell into his enclosure three months ago. So far though, the zoo has been surprisingly quiet about the strange spiralfication of his tragic death into the current meme du jour...until now, that is.

Over the weekend, Cincinnati Zoo director Thane Maynard's Twitter account was hacked and sent out messages à la #DicksOutForHarambe -- an occurrence that he was, understandably, not too happy about.

Issuing a statement to the AP earlier today, Maynard wrote, "We are not amused by the memes, petitions and signs about Harambe."

"Our zoo family is still healing, and the constant mention of Harambe makes moving forward more difficult for us," he continued. "We are honoring Harambe by redoubling our gorilla conservation efforts and encouraging others to join us."

And while Maynard and the zoo have officially denounced the Internet's eternal love of offense, many animal rights activist are still unsure how to feel about the rise of the Hara-meme.

"For the most part, I'm very happy with it. It shows people are remembering what a wonderful being he was," Harambe vigil organizer Anthony Seta told the AP. "The ones that are mocking and making light of the death of this being, I find incredibly offensive."