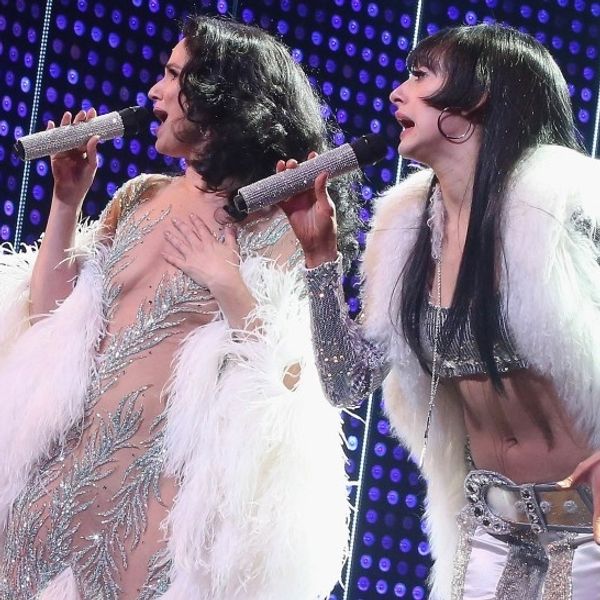 There's a Broadway Show About Cher and the Costumes Are Wild

Cher first met Bob Mackie in 1967 to request a shimmery embroidered number for her appearance alongside Sonny on The Carol Burnett Show. In the following decades, Mackie and Cher collaborated countless costumes and red carpet looks that would cement both of their places in fashion history. That sartorial legacy and the stages of Cher's career are chronicled in a new Rick Elice-written play titled The Cher Show.

Mackie (who is played by actor Michael Berresse in the production) created hundreds of costumes for The Cher Show, which recently made its Chicago debut ahead of its Broadway opening this fall in New York. Among them, were reproductions of Cher's iconic jewel and sequin encrusted, feather covered ensembles worn by actors Stephanie Block, Teal Wicks, and Micaela Diamond who each play the star at various ages.

Get a closer look at Mackie's designs for the production below.