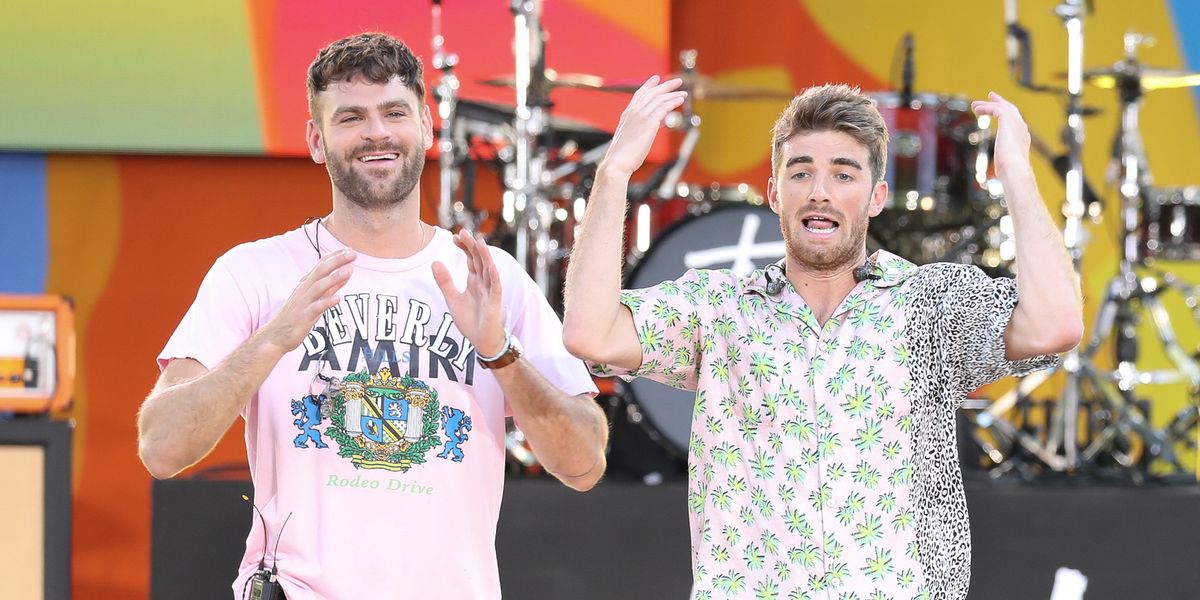 The Chainsmokers and Blink-182 Will Collaborate

For an EDM factory farm, the Chainsmokers really love rock music. They've sung of their love for the band Beach House on their song... "Beach House," which goes: "Woke up on the West Side/ Listening to Beach House." Alex Pall and Andrew Taggert are also currently executive producing a TV show called Demo about a 20-something musician who leaves their indie rock band to chase dreams of writing pop songs. Possibly inspired by their own oedipal craving to be a credible indie rock band instead of the Nickleback of DJs.

Now the boys are about to live out one of their greatest rock and roll fantasies: collaborating with Blink-182. The Chainsmokers are famously fans of the aging pop-punkers. On their No. 1 hit about a southwestern romance gone wrong, "Closer," they beg poetically: "Stay and play that Blink-182 song/ That we beat to death in Tuscon."

Blink-182 posted a teaser for their new track which, promising to be extremely petty, is titled "P.S. I Hope You're Happy" along with a sunset polaroid for the single art.

Blink-182 just dropped some "rock on" emojis on the Smokers' post, while Pall (the less hot one) added from his personal account "LFG new music next week in a major way."

The emo dads apparently came out to perform "P.S. I Hope You're Happy" at the Chainsmokers' recent show at The Forum in LA, so there are few thousand folks who already know what Blink-182 x Chainsmokers sounds like. The rest of us will have to wait till Friday. A perfect, deranged way to close out #20ninescene.