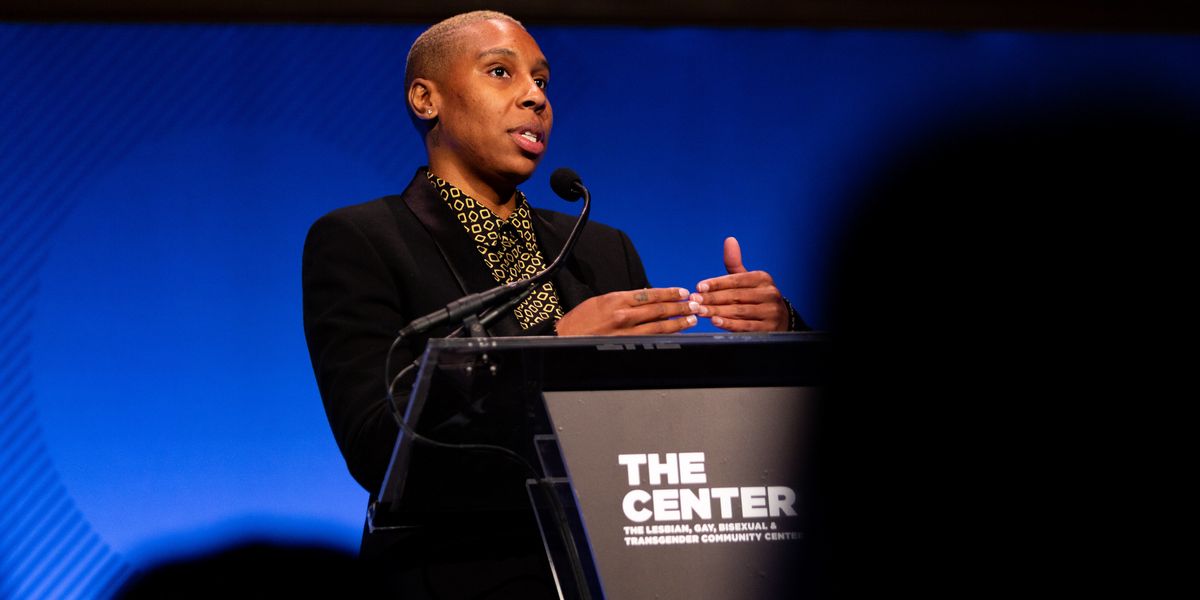 At last week's annual The Center Dinner, over 1,000 notable entertainment industry luminaries and LGBTQ supporters gathered in New York to honor those who have made huge strides for the community in recent years. Together, they all helped raise more than $2.2 million dollars in support of The Center's ongoing community initiatives and innovative programming. It was reportedly the largest fundraiser in recent memory for The Center, since its 1983 founding.

A silent art auction was also held during the evening, in conjunction with Paddle8. Artists such as Donald Baechler, Anthony Goicolea, Deborah Kass, Marilyn Minter, Laurie Simmons and Rob Wynne, and more, all donated pieces to the auction.

The night's honorees spoke before the seated crowd at Cipriani Wall Street. Later in the dinner program, The Center's executive director Glennda Testone addressed the importance of the iconic community organization's existence as a beacon of support. Since 1983, The Center has become a primary hub for LGBTQ people and allies, adding a range of health-centric free programming and services over the years, offering everything from 12-step fellowships and mental health and counseling to specialized youth and activism groups.

"Over the years, some of our needs have stayed the same, and some have changed," Testone told the crowd. "But one thing that will never change is that LGBTQ people will always have a place to go when they need support, community and connection. People can always come to The Center."

Upon receiving the Ally Award, Blankfein — who has been publicly outspoken in advocating for marriage equality, LGBTQ representation in the workplace, and more inclusive policies to prevent discrimination — noted that as the head of Goldman Sachs, he was in a unique position to promote change. Blankfein told stories about how queer colleagues came out to him, saying that it got him to think about how, though even he felt pressure to perform well at work, such pressures would come twice as hard for those in the closet.

"It was my responsibility to be a real champion of the people that work for us," Blankfein said. "Not only did I feel it was OK to speak out on behalf of their well-being, I felt an obligation to do so. It was my duty to use my voice and platform to make sure everyone was able to bring their whole selves to work - to realize their full potential without distraction whether they be lesbian, gay, bi, trans, HIV positive, a person of color, an immigrant... I owed it to the people I recruited to join my company."

At the end of the night, Lena Waithe was presented with the Trailblazer Award. During her speech, she addressed previous award winners, as well as young Freddy Perez, a queer Latinx man who shared his experience recovering from drug addiction, and how The Center's various recovery services helped him get back on track. Perez told the crowd that because of the Center's impact, he was closer to his goal of being a substance abuse coach for others struggling with drug use. Waithe noted that "we are all icons," and that in order for her to continue to be a leading voice for LGBTQ representation, "I need your stories, I need your slayage."

She continued: "Everyone that calls The Center home, as you see me standing here before you, I see each and every one of you. I see your struggle, I see your pain, I see your trials bit I also see the light and beauty that is you. I see that being yourself is an option. It is OK for you to be you no matter who thinks otherwise."