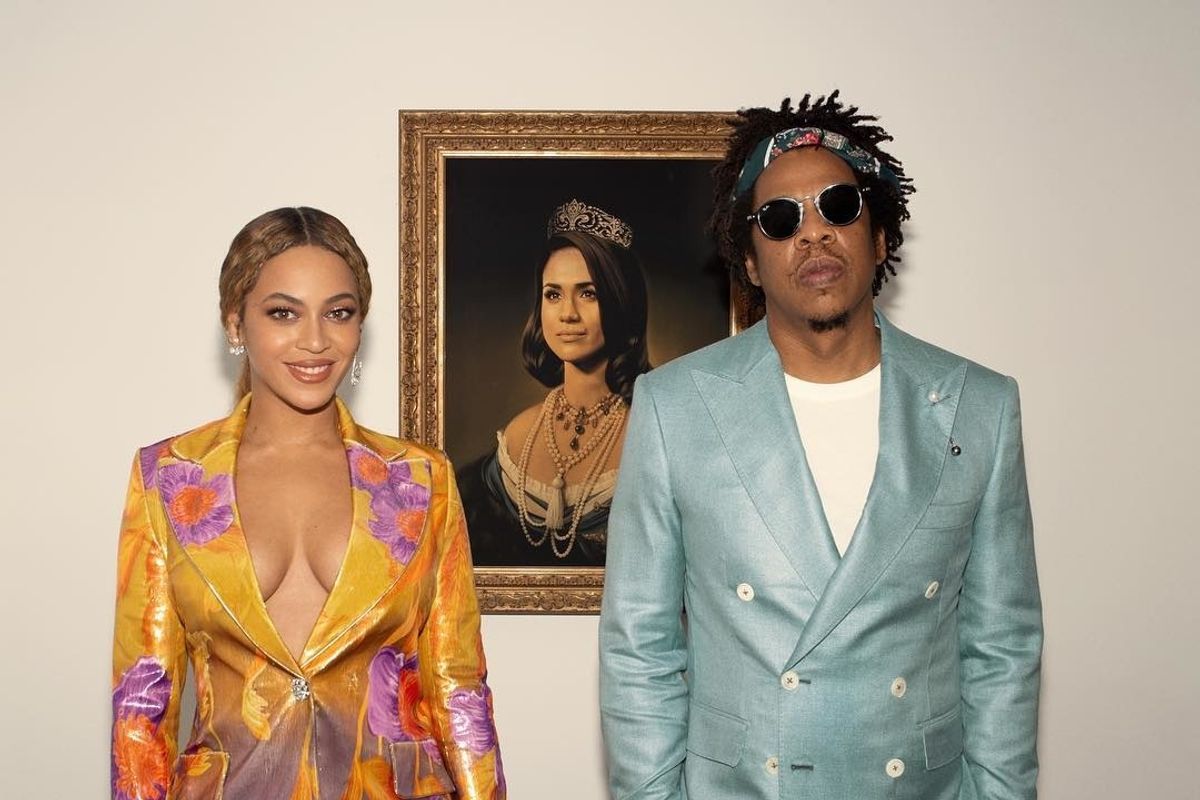 Have you been feeling guilty about clicking on every single Meghan Markle tabloid story imaginable? Have you been adoringly following her every move and outfit — every beige kitten heel, every baby shower hosted by Amal Clooney and Serena Williams — with a sense of shame, like you're indulging in some forbidden tacky pleasure, like you're wasting valuable time otherwise spent donating to the Bernie Sanders campaign? Same, babe! It sucks.

Luckily, that era is finally over. We struggle in silence no more. Meghan Markle obsession is finally cool, as confirmed by none other than The Carters.

The Brit Awards are currently underway in London, and Bey and Jay just picked up a statue for Best International Group. They weren't around to accept in person, but filmed a fun video speech instead, in front of a custom oil painting of Markle. It's an updated visual reference to their "Apeshit" video, filmed in the Louvre with the Mona Lisa, and Beyoncé also manages to drop in the title of their joint album Everything Is Love as she thanks the Brits for their support. A baby mysteriously cries out at the end — presumably either Sir or Rumi.

Related | The Louvre Owes The Carters a Thank You Gift

On Instagram, Beyoncé explained the Markle portrait further. "Thank you to the Brits for the award for Best International Group. I won this award back in 2002 with my besties, Kelly and Michelle," she wrote. "How lucky am I to have been in a group with my other best friend, the GOAT Hova. In honor of Black History Month, we bow down to one of our Melanated Monas. Congrats on your pregnancy! We wish you so much joy."

Beyoncé on Instagram: “Thank you to the Brits for the award for Best International Group. I won this award back in 2002 with my besties, Kelly and Michelle. How…”

I'm no art critic, but the Markle portrait is incredible? Way better than all those cheesy official palace photos, which I no longer feel ashamed of having spent hours of my life clicking through.

Watch the video for "Apes**t" by The Carters, below.