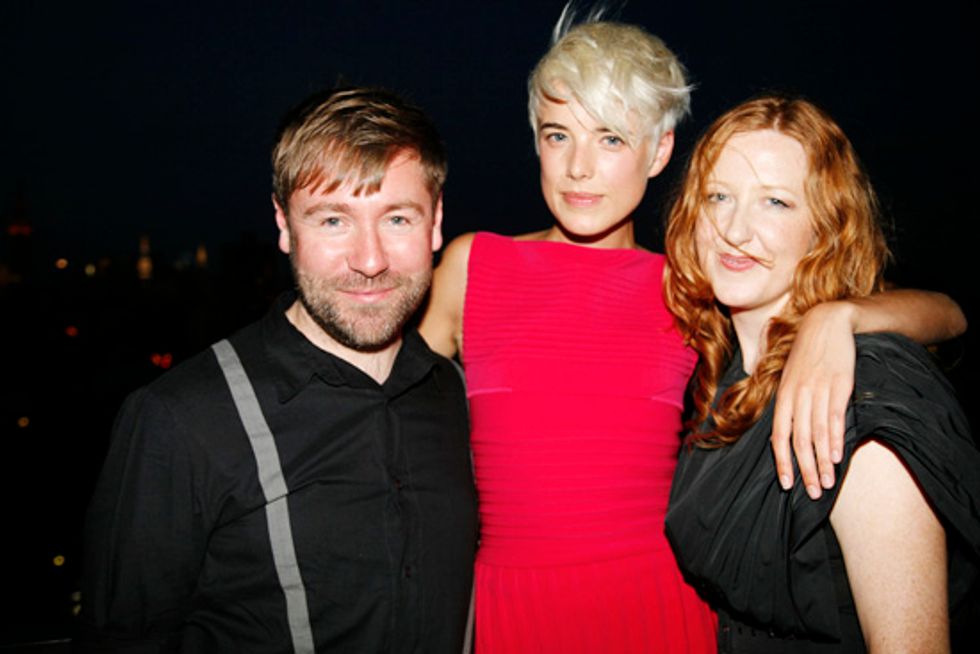 After a few last minute meet and greets with some VIP fashion professionals (oh, you know the usual fare!) the other night I headed over to the Preen party at the SoHo Grand for some low-key social interaction and a couple of cocktails. The party was in a totally amazing suite with the BEST viewâ¦ as usual, Preen's designers Thea and Justin were totally wonderful and gracious for their first foray into New York Fashion Week (even after more than 10 years as a label, a metric crap-ton of buzz, and a virtual army of downtown allegiance!). The usual suspects were present -- all the downtown "it" kids, a few models, a horde of fashion journalist types. Peeps flocked unabashedly towards the Fashion Week Party gift du jour -- a Preen tote with a very handsome cranberry scarf-hood. So nice!

Afterwards I headed over to hipster hotbed Happy Endings for a party hosted by Project Runway alum (and runner-up, let's not forget!) Daniel Vosovic. Sure, he might be kind of irrelevant or whatever, but as a formerly huge Daniel V. fan (mostly because of the hair) I had legitimate fanboy needs to appease! And let me just tell you, introductions were indeed exchanged, lives were indeed changed -- IT WAS HOT. Until he started rhythmically grinding his boyfriend on a chair and I noticed that his hair wasn't as voluminous and beautiful as my television seemed to suggest it was. Whatev, totes over it! 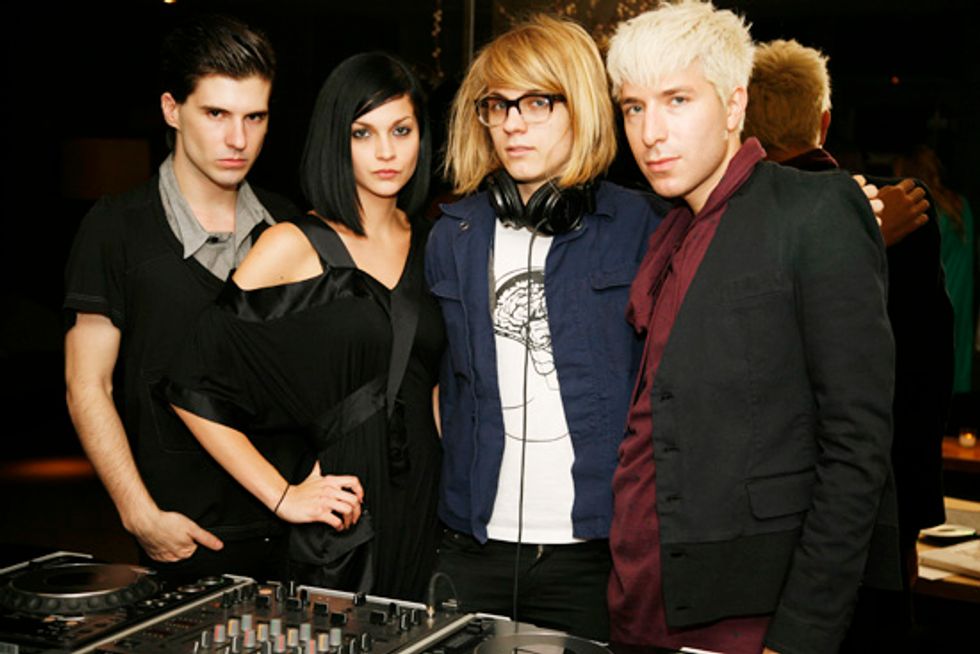 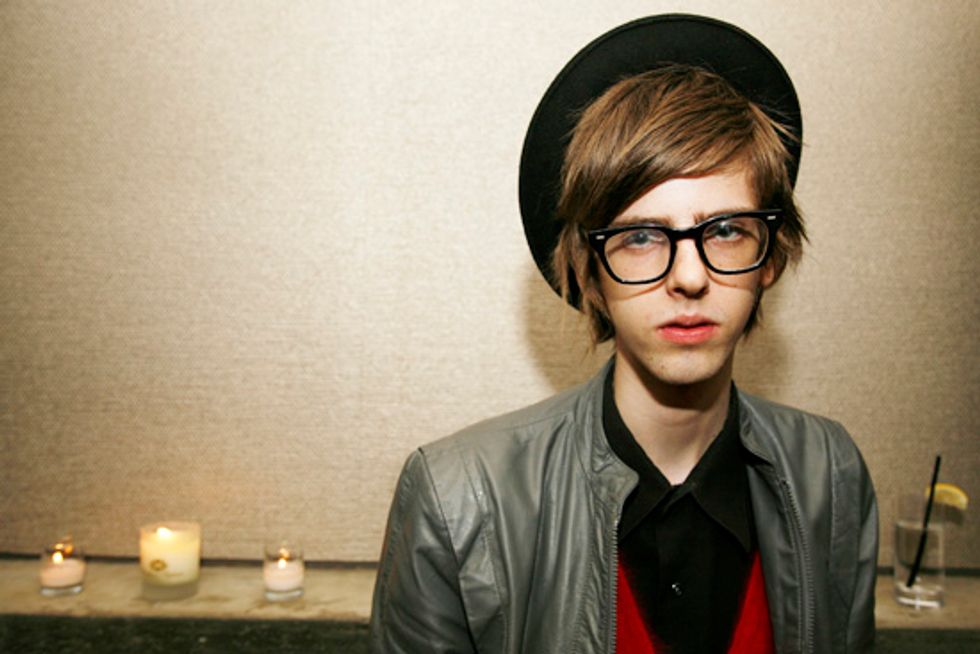 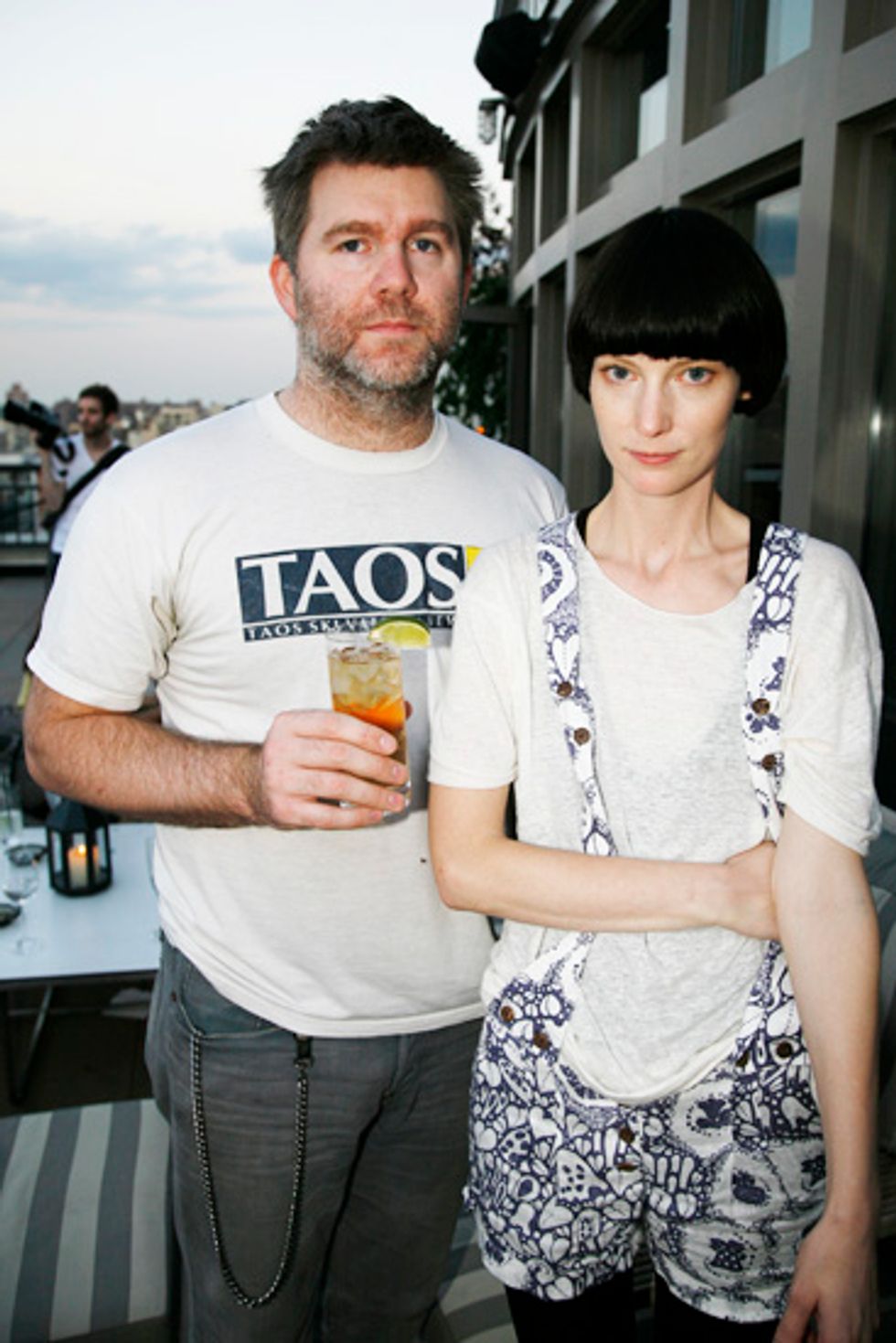