Photos and captions by Josephine Wiggs
PAPERMAG
13 May 2013

One of our favorite music developments to happen so far this year? The return of the Breeders. The sisters Deal and the original band line-up are back with LSXX, a 20th anniversary re-issue of the band's enduringly awesome Last Splash, as well as a supporting tour. (The band plays Webster Hall on Monday.) As the Breeders travel the world this summer, bassist Josephine Wiggs will be sharing her view of life on the road in a series of photo essays for Papermag. Here's her first installment and, below, check out her second. 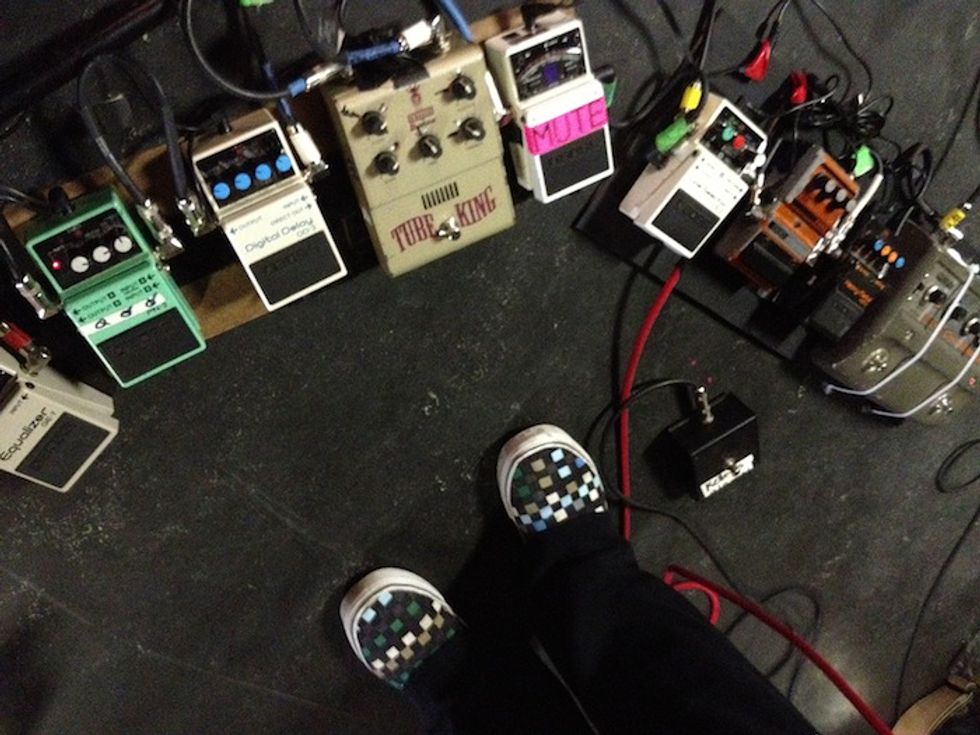 The first show of the tour at Oberlin, Kelley, ready to rock. 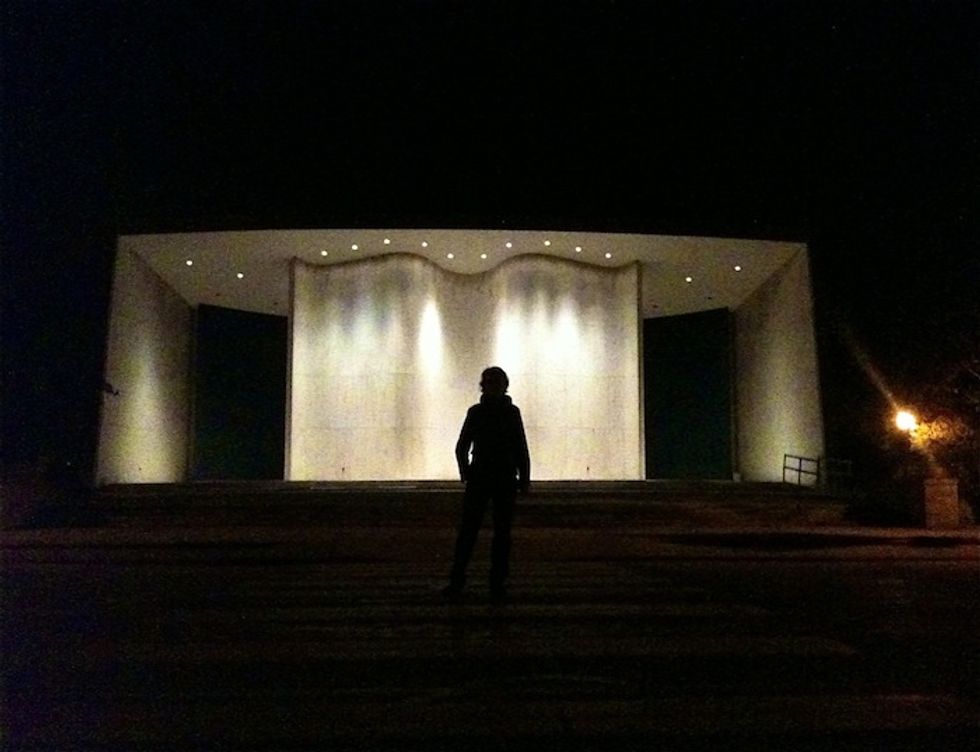 Me, silhouetted against the Warner Arts Building, Main St, Oberlin, walking across the park to our show at "the Sco." 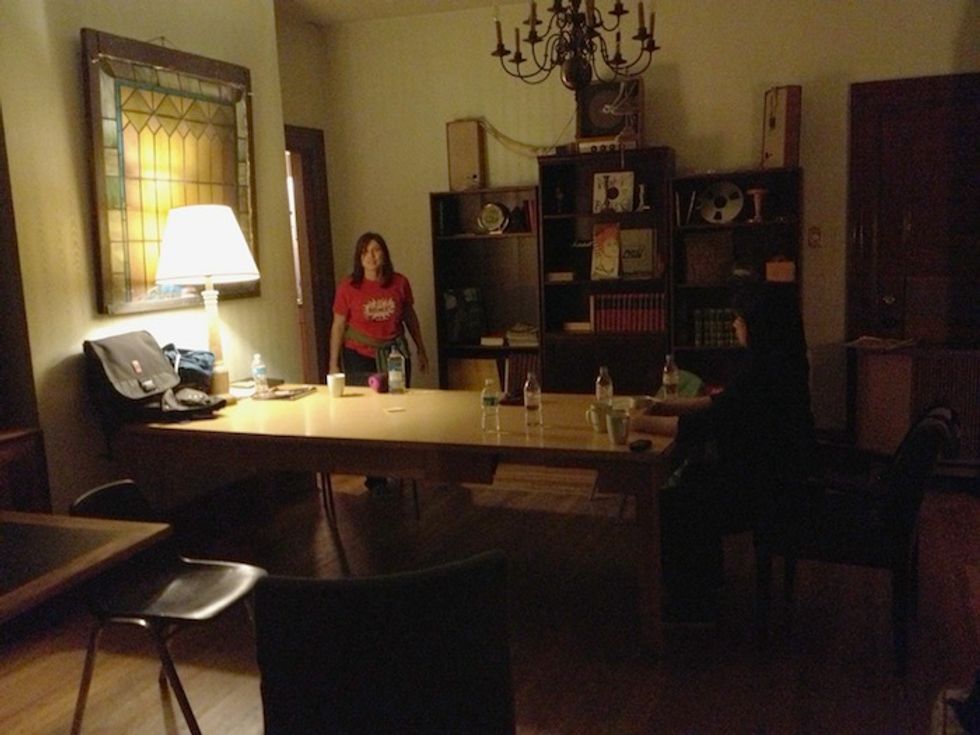 The dressing room at Mr Smalls, Pittsburgh. It feels like you are in someone's apartment. 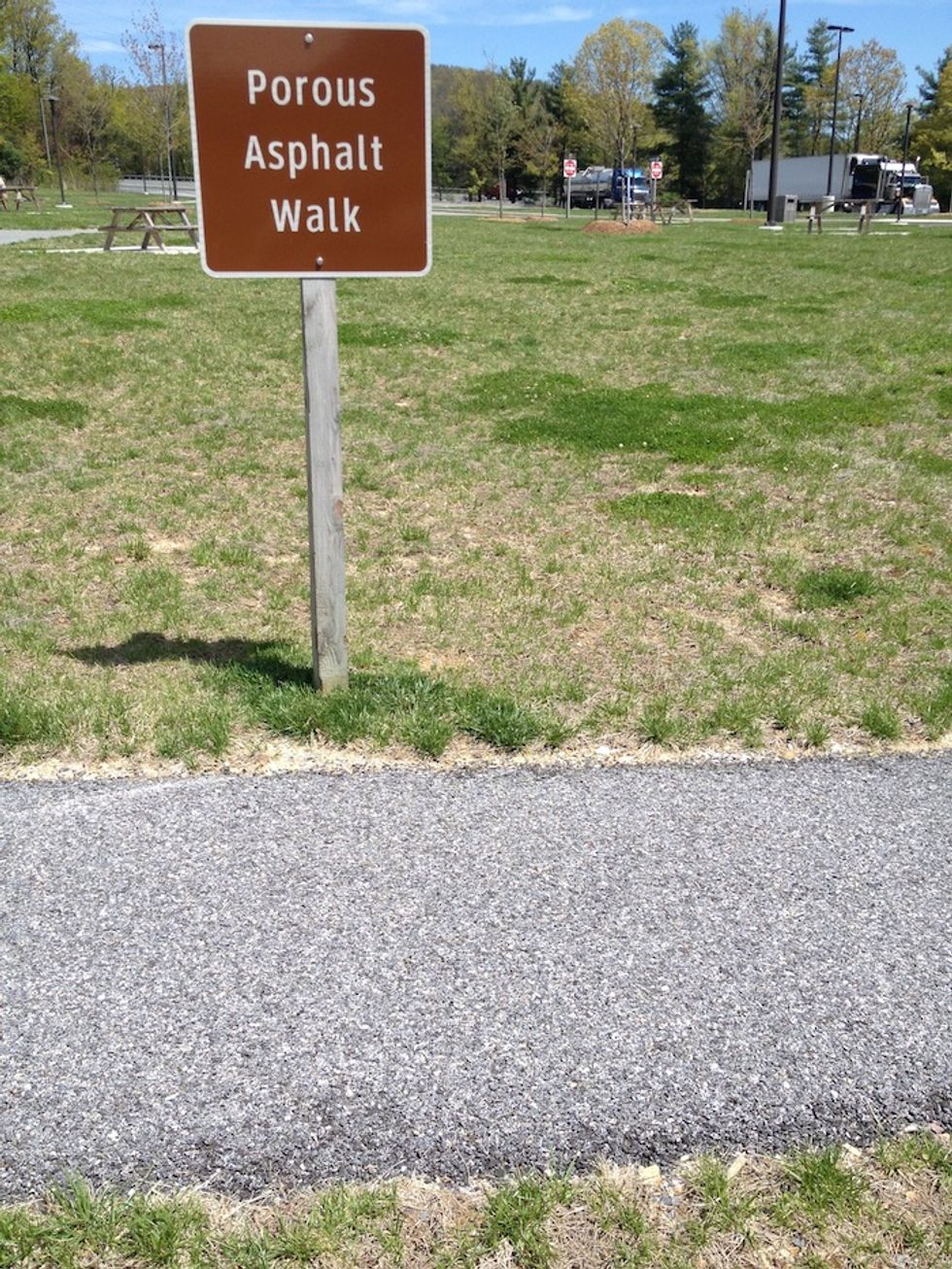 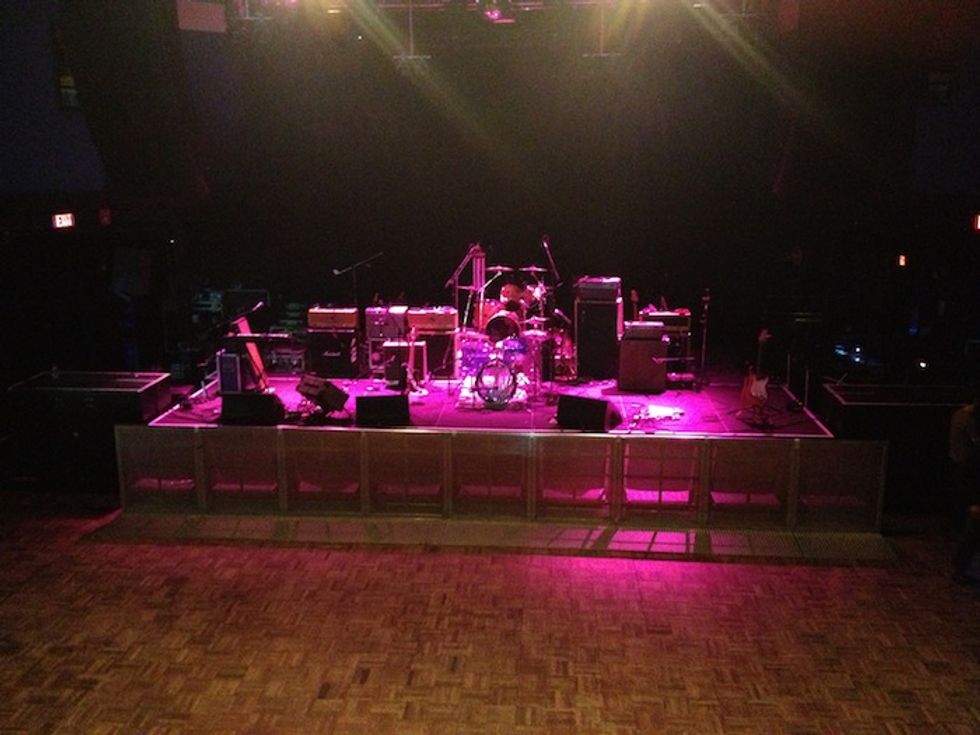 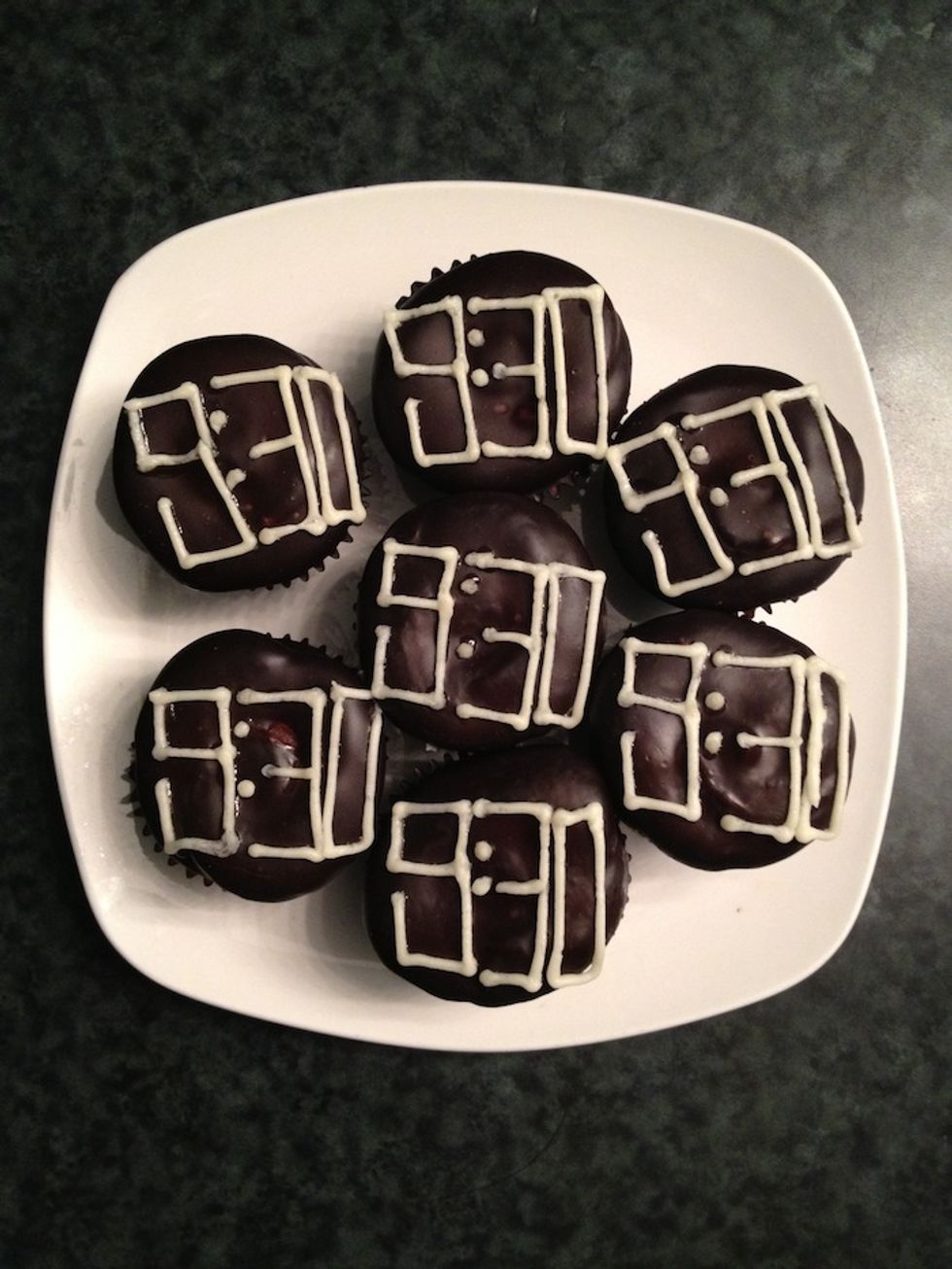 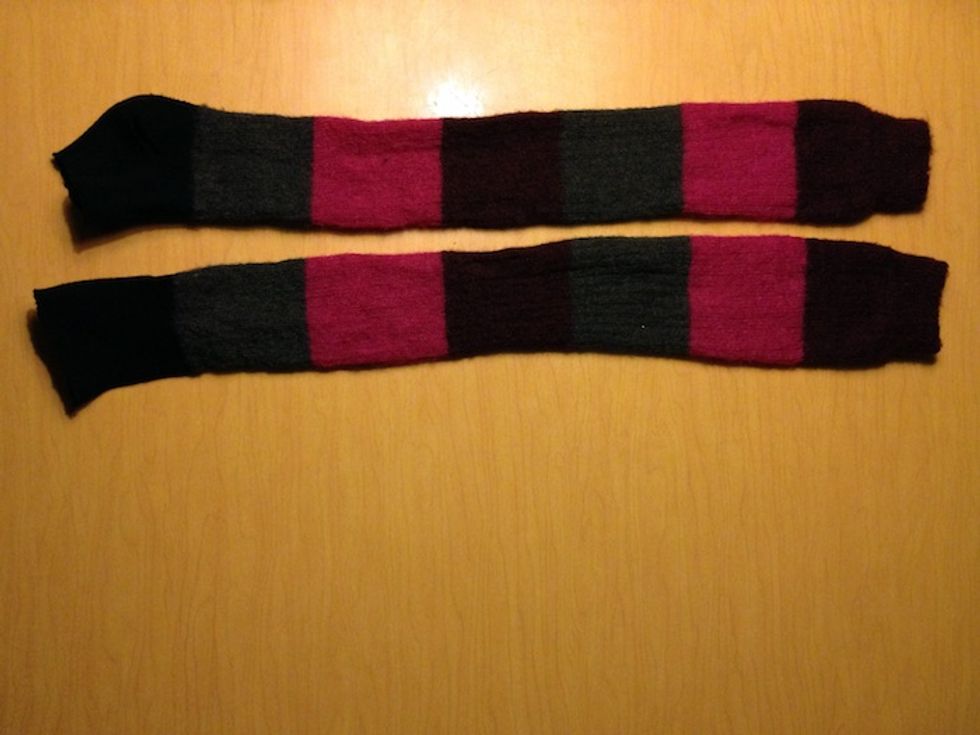 One of Kelley's prototypes for the Sleeve-O-Matic. For playing the solo in "Don't Call Home." 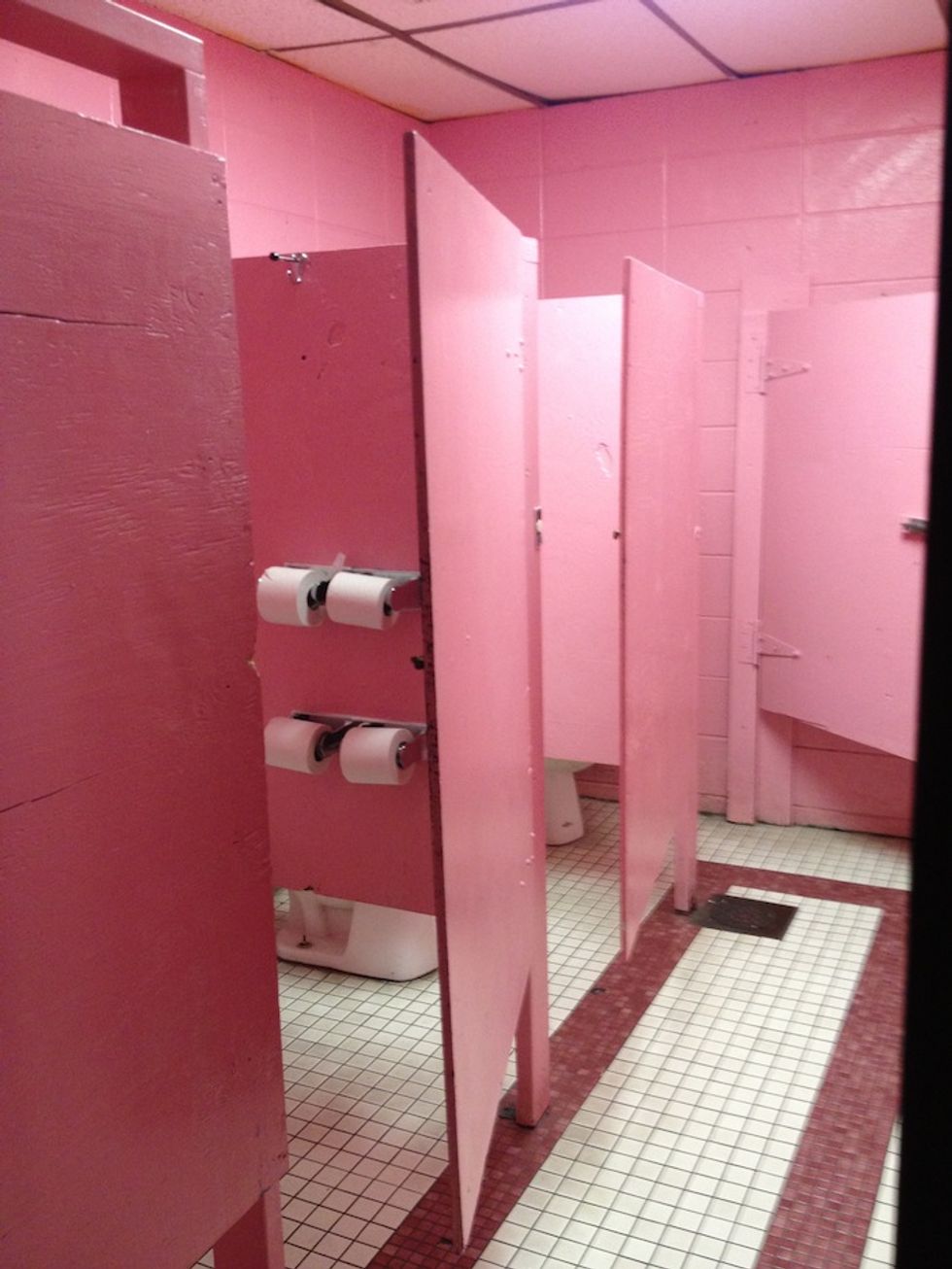 The ladies' room at the Trocadero, Philadelphia. Wonder what color the men's room is? 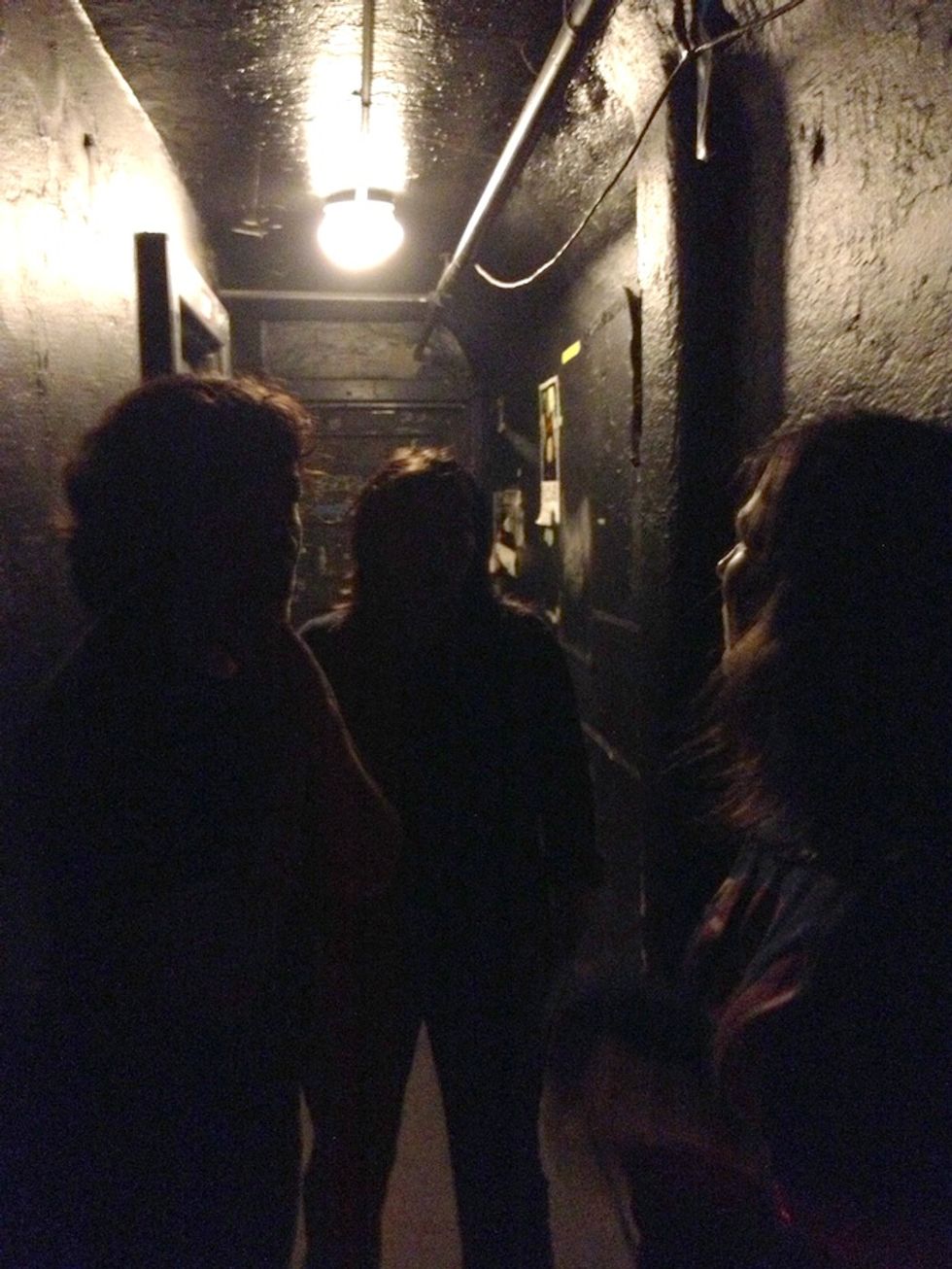 Trocadero, backstage, after our set, before encore. 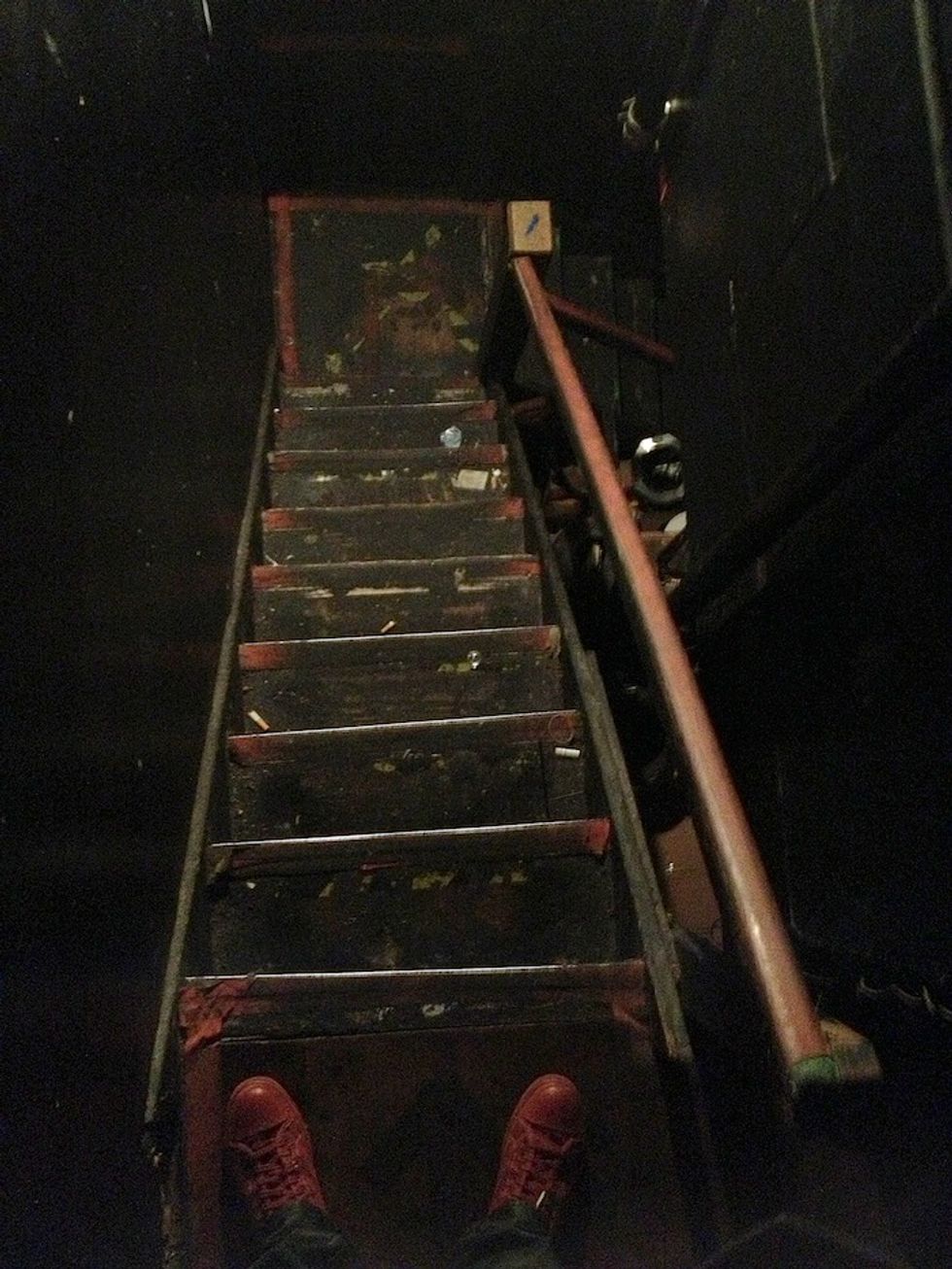 Stairs from the dressing room to the stage, Webster Hall NYC. 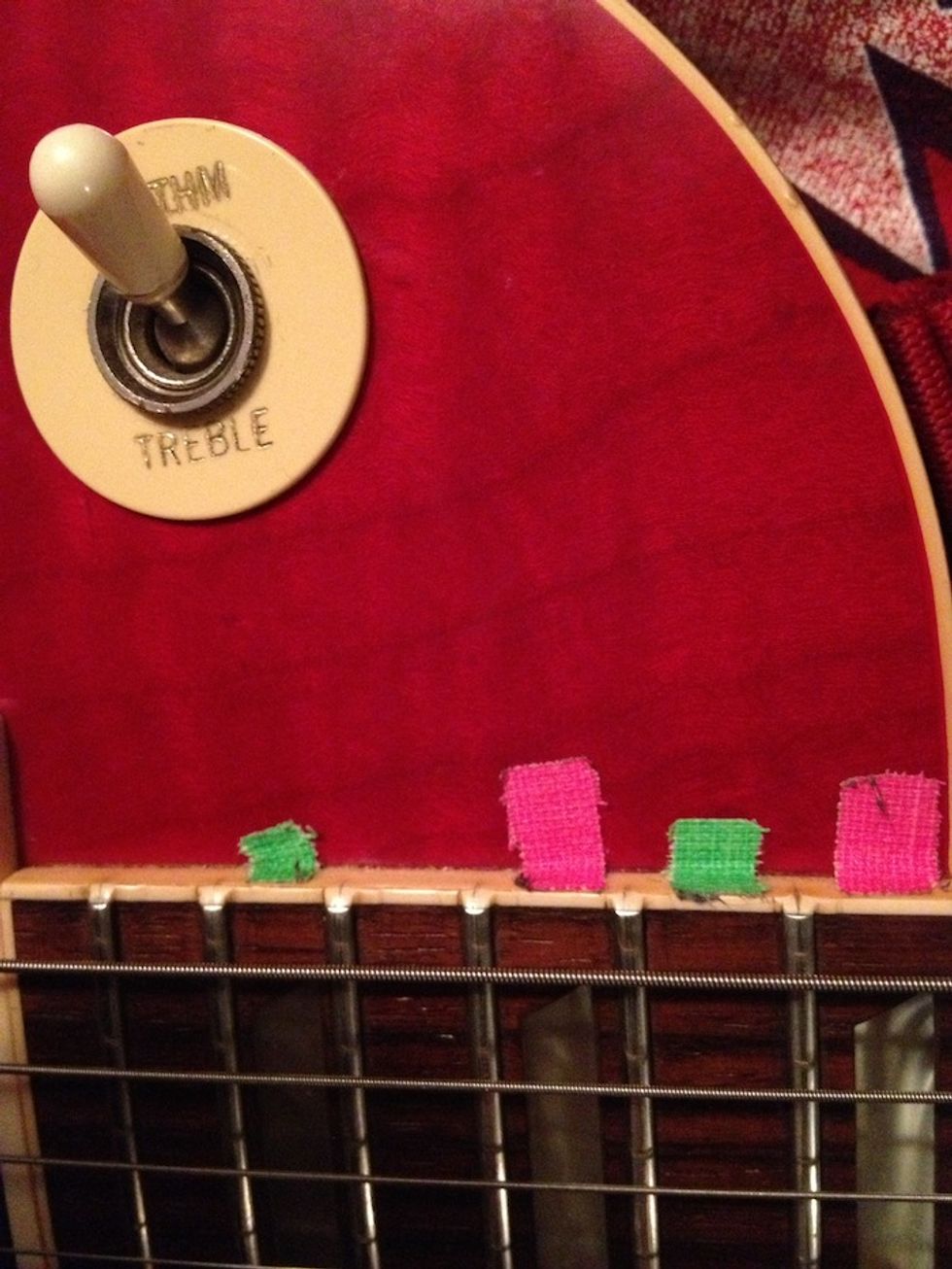 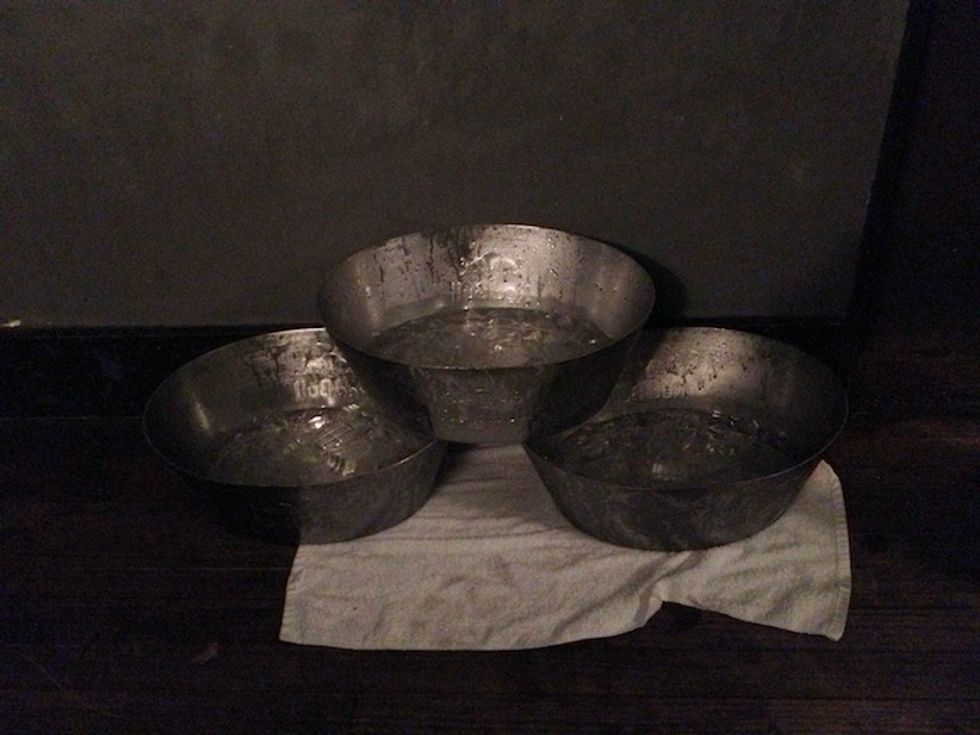 The ice in the dressing room is no longer for cooling beer. It's for treating Jim's tennis elbow (right), my tennis elbow (left) and Kim's carpel tunnel (left) after the show. Hmmn... how come Kelley has no repetitive stress injuries? 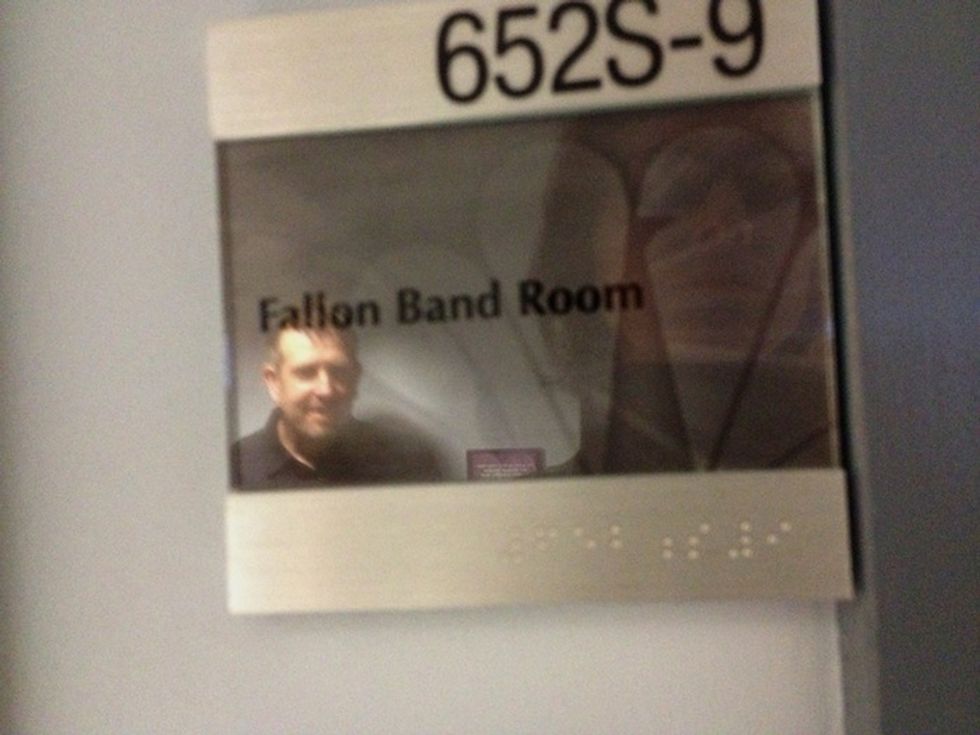 Jim and I outside the green room at Late Night With Jimmy Fallon. 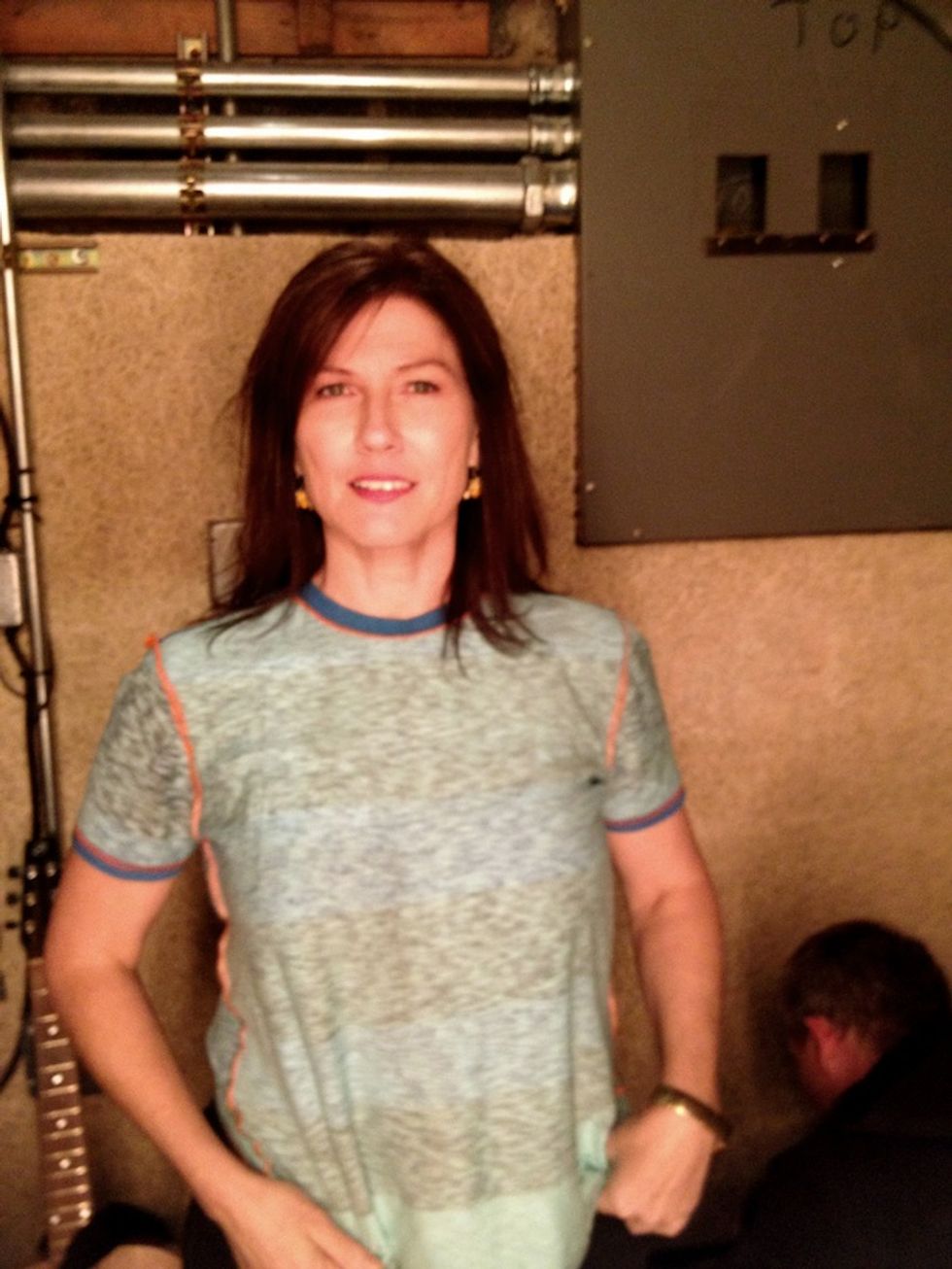 Kelley, right before we play on Fallon, modeling her inside-out t-shirt: She's wearing her t-shirt inside out. 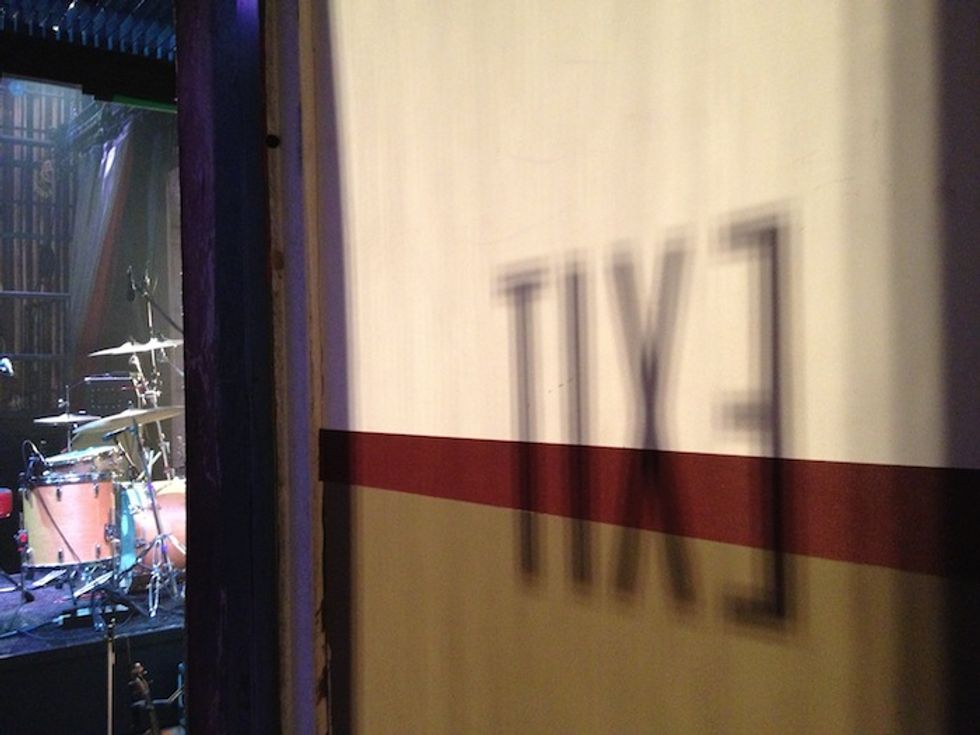 Exiting the Fallon studio after soundcheck.

Kim's pass for the Fallon show in various places, but conspicuously, never on Kim. 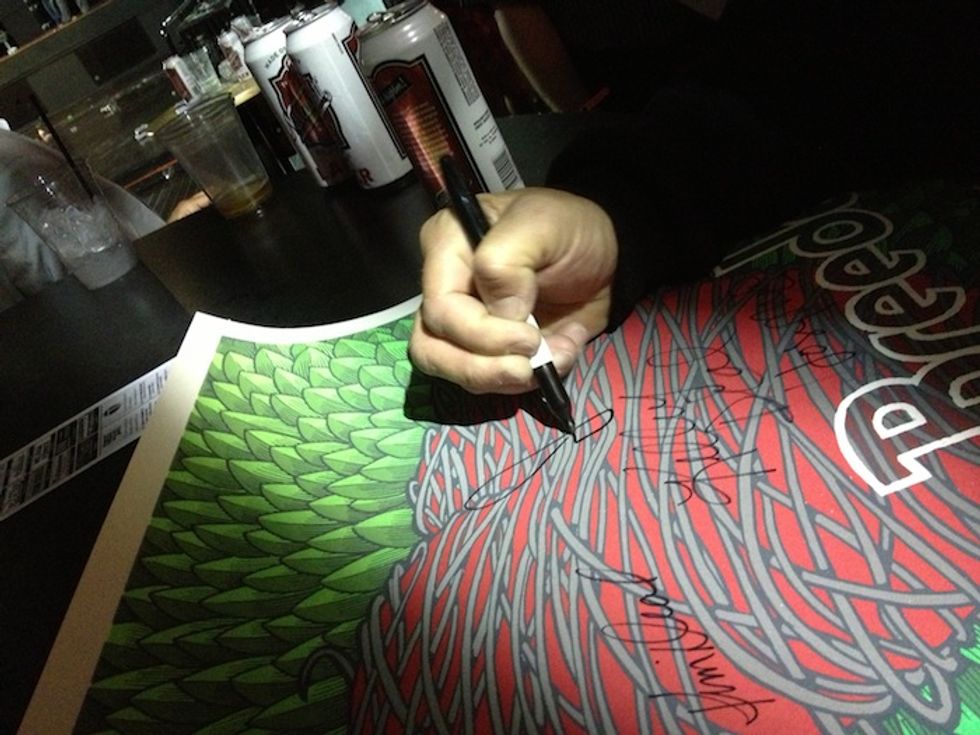 Previously: The Breeders' Josephine Wiggs Captures Life on the Road