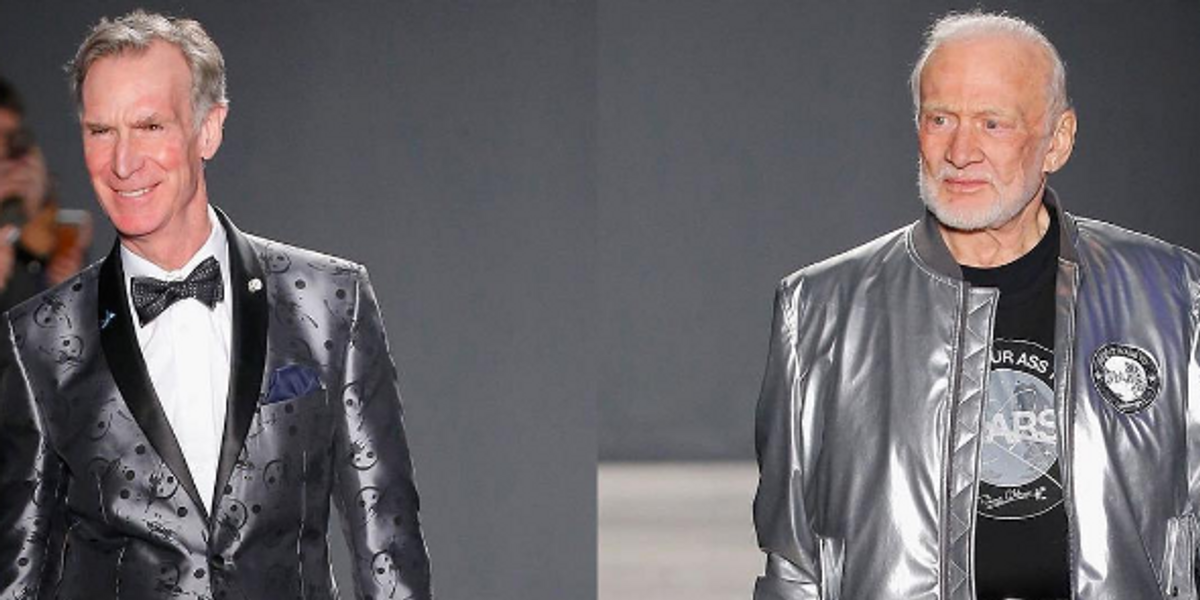 The Breakout Stars of NYFW: Men's Were Bill Nye And Buzz Aldrin

We have a couple new #MCMs, and they're none other than an ubiquitous middle school hero and the first man to pee on the moon.

That's right, for Nick Graham's appropriately out-of-this-world show yesterday, the designer tapped groundbreaking astronaut Buzz Aldrin and beloved TV fixture Bill Nye the Science Guy to walk the runway. Which makes sense, seeing as how the collection was called 'Life on Mars: Fall-Winter 2035' and revolved around themes of space, science and the future.