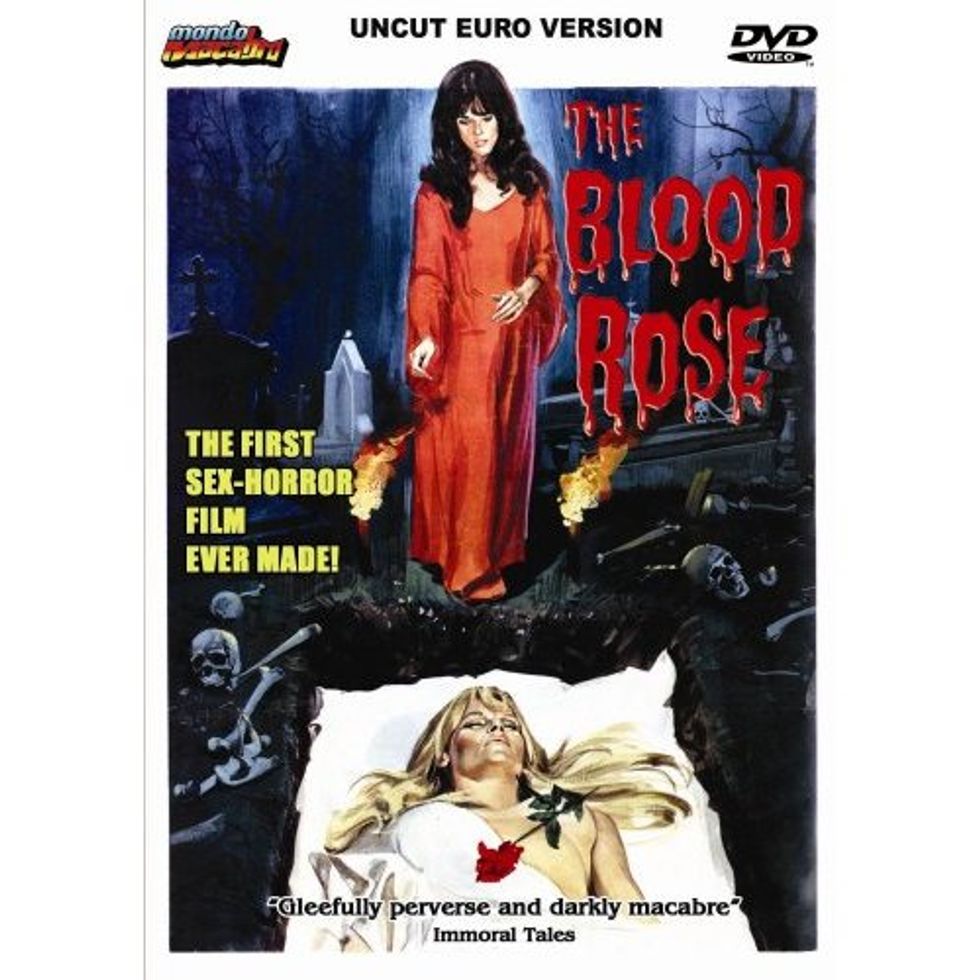 Billed as the "First Sex-Horror Film," The Blood Rose is a 1969 French variation of Fanju's Eyes Without a Face by Claude Mulot. It's got plenty of nudity and violence but it's artful and wonderful too and thanks to Mondo Macabro, this uncut gorgeous transfer of this creepy carnal classic can be yours for a song.

The DVD features fun extras, such as fascinating stories from good-looking director Mulot, who was in his 20s when he embarked on this film. Mulot drowned in a tragic swimming accident in 1986. Mulot was a fan of the horror genre and he infused this movie with poetry along with breasts and blood. It's about a painter, Frederic Lansac, (Philippe Lemaire) who has a remote castle where he lives with his beautiful bride-to-be, Anne (Anny Duperey), who was hideously disfigured by a fire. A dubious doctor (Howard Vernon) is dragged in, and gorgeous women are captured and sacrificed in hopes of restoring Anne's beauty. It all goes very wrong. Mulot went on to make hard core sex films in France ironically under the name "Frederic Lansac" (the same name of the painter in this film). He made one of the best XXX films I ever saw: Pussy Talk (1975) about a woman with a possessed vagina. I saw this movie in New Orleans with a group of friends and it was fabulously sexy and funny.

SONIKKU Toasts All the Crazy Lovers