The Black Lips On Touring In the Middle East, Jordanian Sports Bars and Cairo Skaters 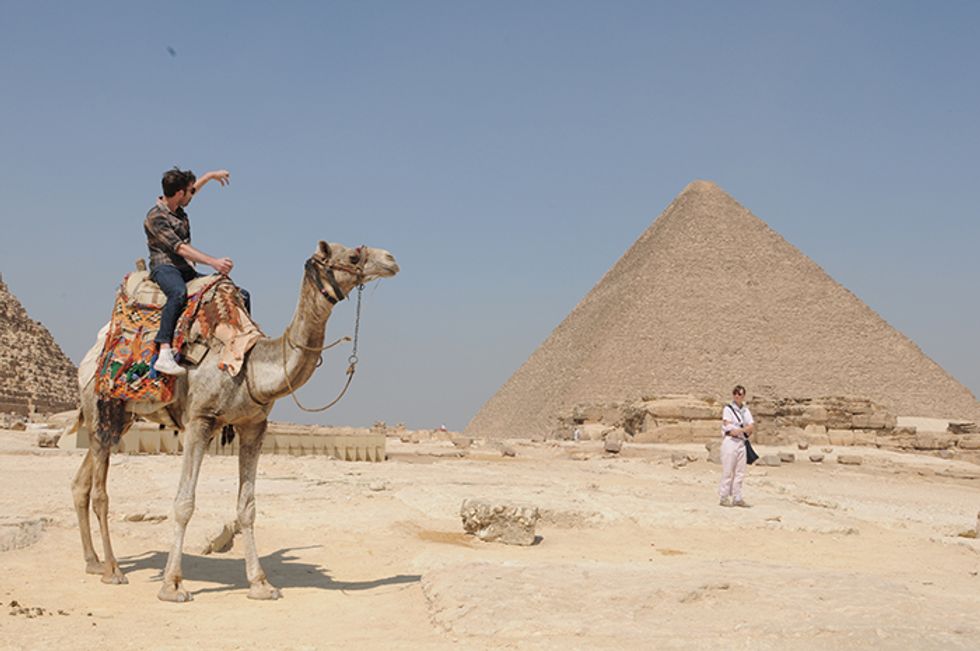 Jared rides a camel at the Giza Plateau.

In the fall of 2012, Black Lips, a punk band from Atlanta, Georgia, went on tour in the Middle East. Documenting their trip in Kids Like You & Me, A Middle East Tour Film, they played shows across Jordan, Lebanon, Iraq, Cyprus, United Arab Emirates and Egypt, where the last known American rock band to play was the Grateful Dead in 1978. With the film now available on iTunes, bassist Jared Swilley recounts their groundbreaking trip.
Our families and friends were so skeptical, telling us how insane it was for us to do this tour, but really, it wasn't insane. Sure, we weren't there during any mass upheaval, and it would probably be a different experience for women, but for us it wasn't that much different than any other tour we've done. I think it is one of the most misunderstood regions of the world. All you ever hear about is explosions, violence and religious intolerance, but you think, "There's got be something else," and we wanted to see for ourselves. 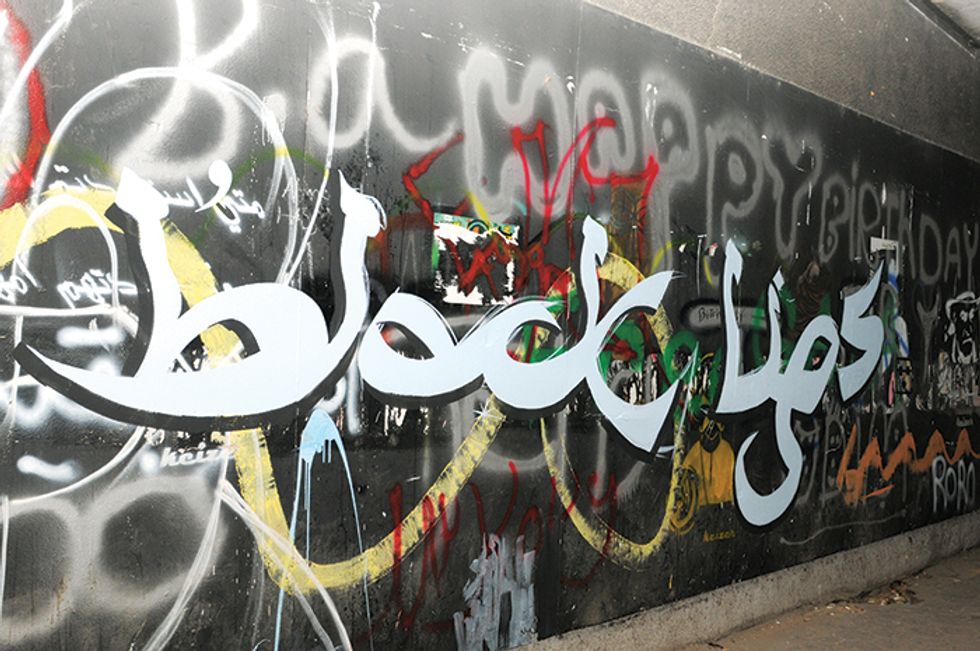 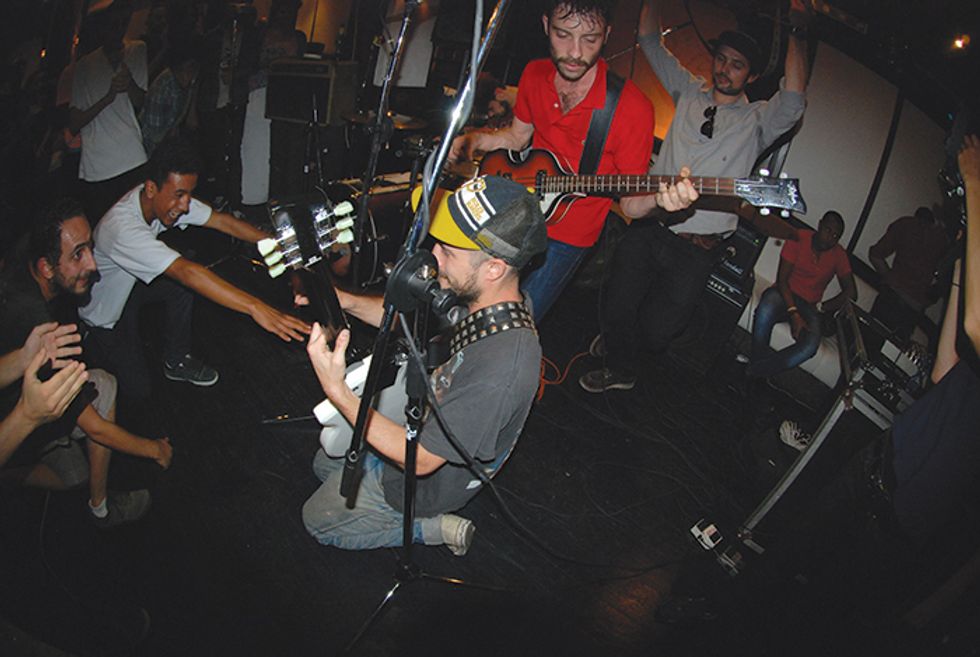 Bill Cody, the director, got in touch with us after reading in interviews that we wanted to play Iraq. He helped us set it all up, connected us with Lazzy Lung, the Lebanese band that did part of the tour with us, and filmed the whole thing. All the shows were arranged DIY, except for Iraq where we had to go through the Ministry of Culture.

It's pretty similar to Southern culture where hospitality is huge. I was surprised how nonreligious it was. I tried to have a clean slate going in, but it's hard because you naturally have perceived notions whether you want to or not. Being from the South, I can understand it. There are stereotypes of us as these gun-toting, hotheaded freaks that can't read. But it's not like that. 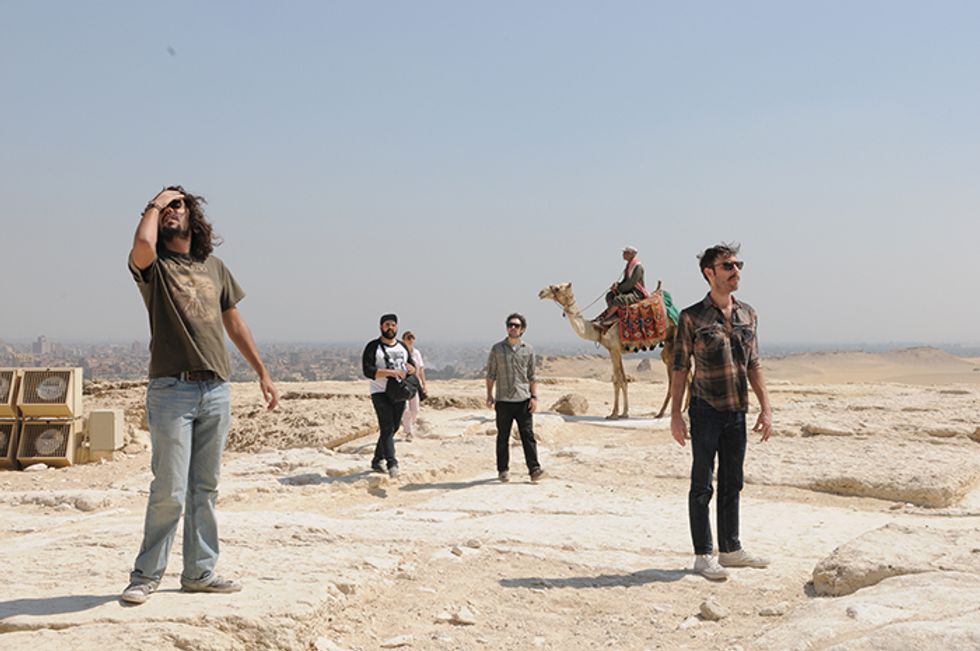 We traveled mostly by planes and small taxis, but in Egypt we had a large van. The most difficult part was just getting to places. Cairo is a really hip city with lots of young people, but it's one of those megalopolises with traffic that makes getting anywhere a pain in the ass. Cole and I went skating with a bunch of teens that came to a show. They reminded me of myself when I was 15, when all you want to do is skate and rock out. I don't understand why tons of bands don't go to Egypt. There is a great crowd there.

Cyprus was just like being in a lazy beach town in Europe. Dubai was probably my least favorite place to play because it's basically a giant sandy shopping mall. It was our biggest show though. We played in a hotel, and it was kind of weird because they considered us hotel employees. We weren't allowed to speak to anyone unless spoken to, and we had one designated table that we were told to sit at. We felt a little bit like indentured servants.

Beirut is amazing. There is such a cool cross section of cultures, and everyone is out clubbing and having fun. Christians, Muslims, French, Americans -- and they all feed off each other in a good way. I think we got the best food in Beirut, because we were with the Lebanese guys. Dinners last three to four hours. Between every course you'll have a cigarette, some more wine, and it just lasts forever. They really milk it. 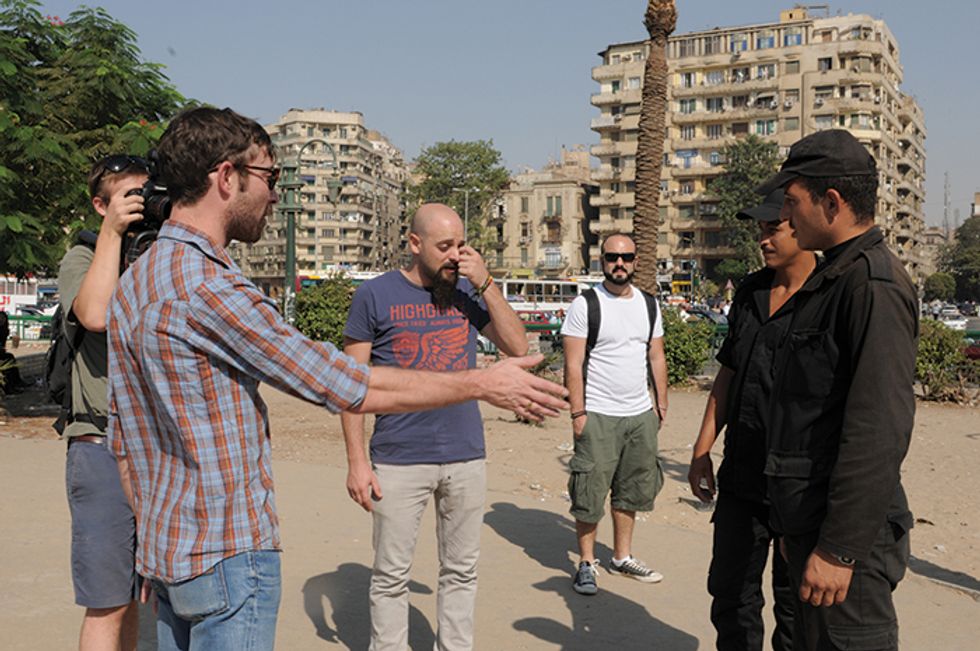 Jordan was cool, but Amman is kind of boring. We hung out at this sports bar everyday and ate a lot of hamburgers. They had ATV posters all over the walls and a brothel in the basement. There were a lot of brothels over there. In Dubai, Jordan and Beirut, Eastern European girls would come up to you at a bar and ask you to buy them drinks. I always said no but was told they were prostitutes. At our show in Jordan there was a sign that said no unaccompanied females were allowed. Not sure what that was about because there were a ton of girls at the show wearing heels and short skirts having fun.

Iraq was awesome. Our show ended up being in a community center there with a lot of families and babies in the crowd. Our original show was cancelled because they saw one of our videos on YouTube with nudity in it. We went anyway, and were going to play on the street if we had to, but a girl contacted us on Facebook and set up the community center. We didn't have any backline or gear with us, so we basically just plugged straight into a PA, and I think our drummer had to use, like, his suitcases for drums. 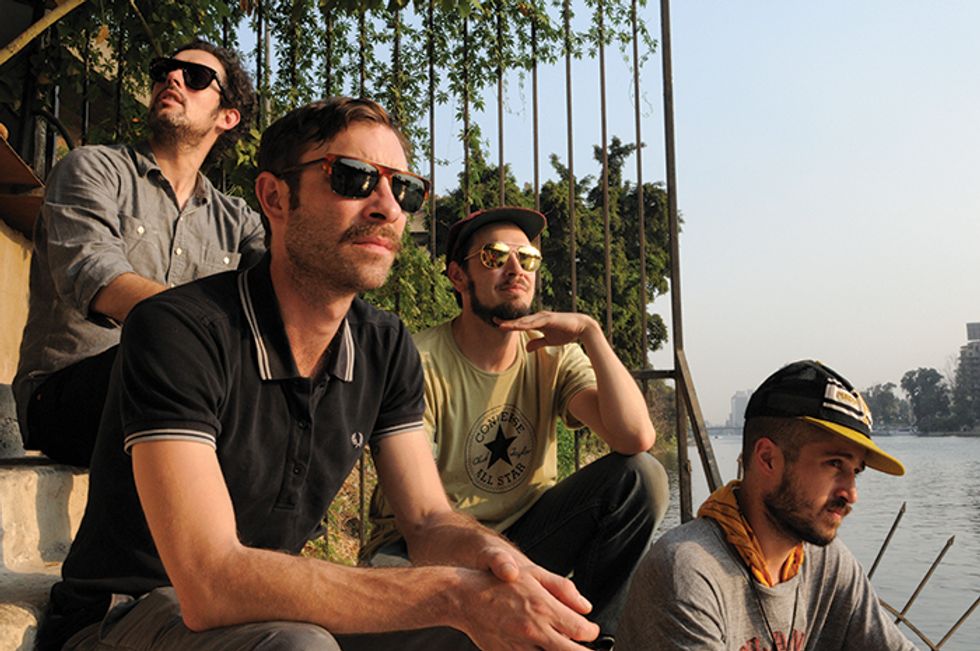 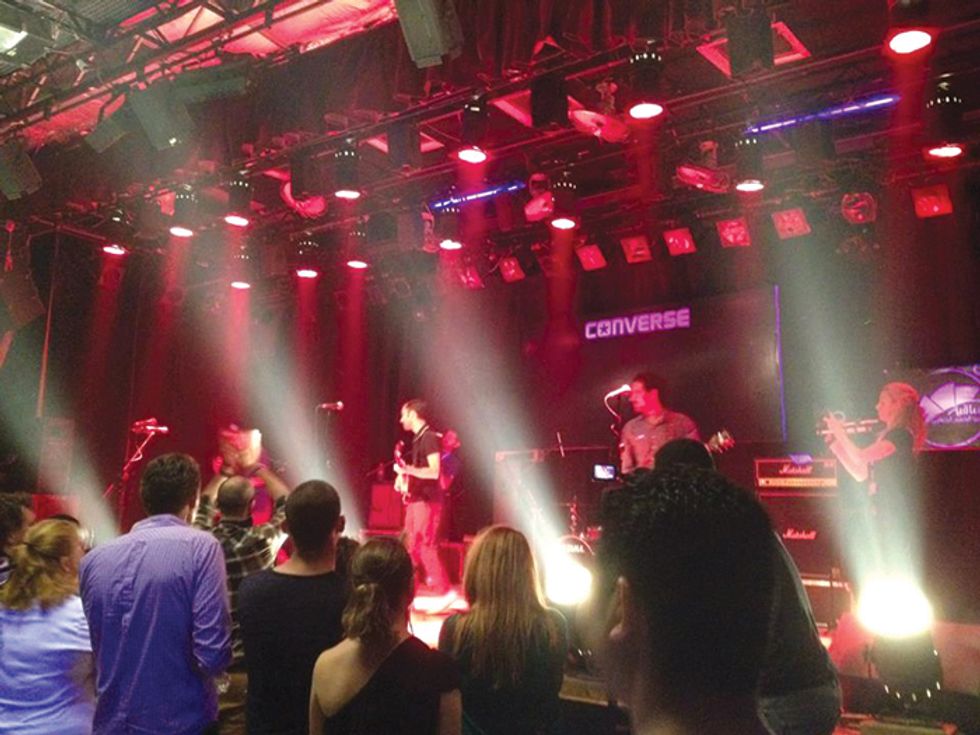 One of my favorite moments was in Alexandria, Egypt. I was walking on my own, and an elderly couple sitting by the beach started yelling at me. I wasn't sure if it was mean or nice yelling at first, but they asked me to come sit down. The wife bought me a cup of tea, they gave me a bunch of cigarettes -- everyone smokes there -- and we just chainsmoked and drank tea. The conversation was basically, "Oh we really love Americans, sorry for all the bullshit," and I said the same sentiment back. Moments like that were really nice. Even one of our camera guys was from Baghdad and actually fought against the Americans during Desert Storm. He didn't want to, but it's just what he did.
We get a reputation of being debaucherous and wild, but it was a wholesome and heartwarming tour, which sounds really sappy -- but it just was. Most of the people that came to shows were telling us how great it was that we were there because they hadn't ever been to a rock 'n' roll concert before. Hopefully it will inspire some of the kids to start bands, or get other bands to go over there. Our European tour manager who is Czech always told us that blue jeans, rock 'n' roll and Bon Jovi brought down the Iron Curtain, and it's true. Rock 'n' roll is fun, and when you're having fun, you don't want to shoot people.