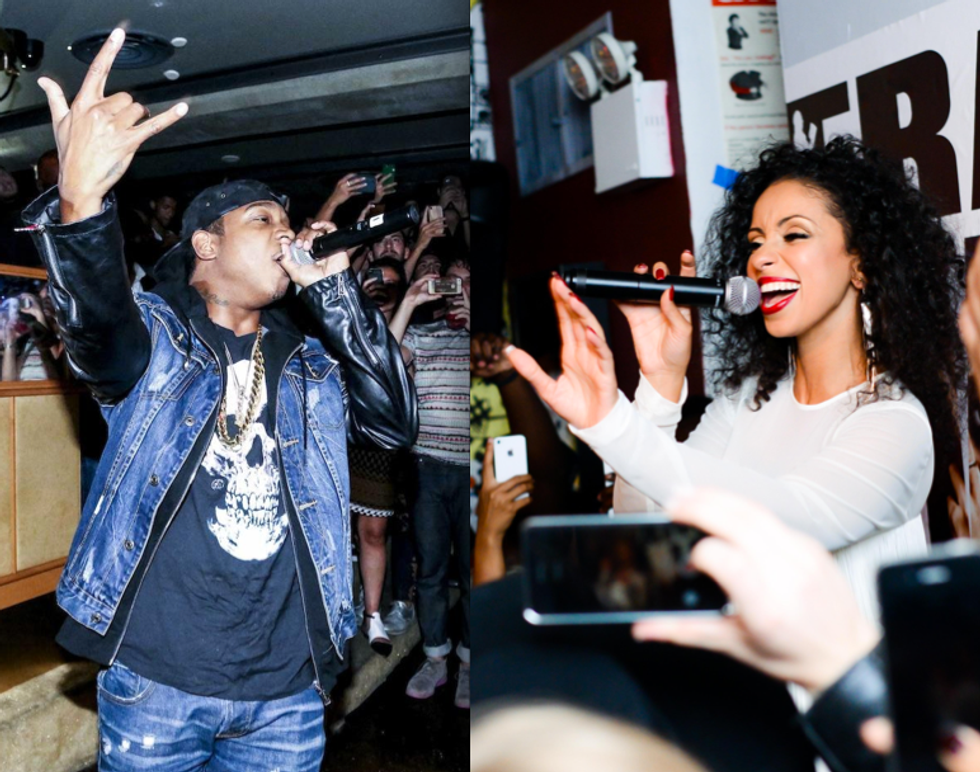 (Photo of Ja Rule by Krista Schlueter; Photo of Mya by Madison McGaw/BFAnyc.com)
Luxe athleticwear and FKA Twigs-style hair might be buzzing this season but we're calling it now: the winners of fashion week are late-90s/early '00s music stars.

Ja Rule (whose comeback we predicted back in July), kickstarted this trend with a performance at Essential Homme's party at the Gilded Lily on Thursday night, which was quickly followed up by a set from Lil' Kim at MADE Fashion Week/Duh Fridays' bash at Up&Down a day later. (And let's not forget that it was actually Opening Ceremony who was ahead of this curve, booking Lil' Kim to play at their epic 10 year anniversary party back in 2012). Last night Mya performed at DKNY x Frank151's fiesta at the newly re-opened Max Fish and we kept hearing people talking about Remy Ma sitting front row at the Hood By Air show yesterday morning. It seemed as if the rapper and ex-Terror Squad member, who was released from prison back in early August after serving a six-year sentence, *may* have even overshadowed the massive dog that walked the HBA runway with Boychild.

When you look at the economics of this trend, it makes sense: performances at private parties are a good way for artists to make an easy buck, become associated with a cool brand or magazine, and get press from outlets that might not otherwise cover their work. Even sitting front row often guarantees that your photo will at least pop up in a few places. For magazines or brands throwing these parties, booking a throwback artist is a good return on investment, too. They often command more reasonable fees than a pop star or rapper with more current releases and, unlike the up-and-coming artists the fashion world loves to rally behind, these guys actually have an entire set's worth of hits that many of the twenty-and-thirtysomething editors/buyers/designers in the audience all remember and want to vibe out to after guzzling five glasses of champagne.