The BeyoncÃ© and Jay Z Divorce Rumors: A History of Gossip, Coded Instagram Pics and An Elevator 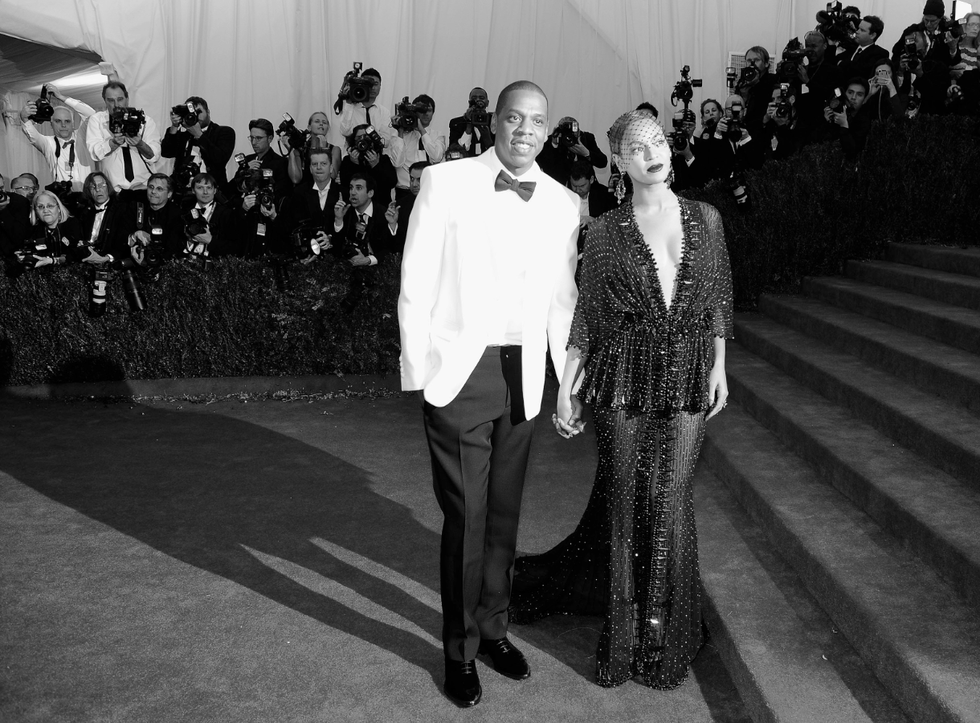 (Photo by Nicholas Hunt/PatrickMcMullan.com)
With soul-crushing rumors about an impending BeyoncÃ©-Jay Z split heating up this week, we look back at all of the cuckoo gossip stories, cryptic Instagram photos, and strife (real and imagined) within the House of Carters that, collectively, bring us to the tea leaves reading everyone on the World Wide Web is doing today.

Early 2000s-ongoing: Since their relationship's beginnings in the early '00s, Jigga gets dogged by cheating rumors, love child rumors, and, well, basically all the standard rumor mill grist any famous person in a relationship with another famous person is 100% guaranteed to see written about them in the tabloids or on the Internet.

December 2008: Rihanna's former publicist admits to starting a false rumor that @BadGalRiRi and Hova are banging, telling the press that he and a business partner did it to drum up PR for Rihanna's hit "Pon de Replay."

November 2009: Trashy gossip blogs allege Bey is hooking up with her bodyguard, Julius.

September 2011: A pregnant BeyoncÃ© says in an interview that Jay Z (or, rather, his cologne) smells bad.

November 14, 2013: Media Takeout runs a story on the Carters' attempt at a 'trial separation.' Their source was Star Magazine so you have to take this with a 2lb grain of salt.

February 2014: France's Le Figaro alleges that BeyoncÃ© is having an affair with President Obama. An Illuminati fantasy for the ages.

April 2014: During a radio interview, Rita Ora slams down a reporter's reference to a rumor she'd cheated with Jay Z.

May 14, 2014: Everyone notices that BeyoncÃ© removed her "IV" tattoo on her ring finger that she had inked when she and Jay got hitched.

May 14, 2014: BeyoncÃ© goes on an Instagram binge, posting four photos of herself and Solange and one of herself with Rihanna at the Met Gala. It doesn't take a semiotics major to guess that she's hoping to quash rumors that she's both on the outs with her little sister and that Rihanna might have something to do with trouble in her marriage and that's why Solange lost it.

Late May 2014: Divorce rumors, fueled by more speculation over why Solange lost her shit at Jay Z, heat up.

June 2014: A 1Oak hostess and Long Island Princess files a lawsuit against Bauer Publishing (InTouch, Life&Style) after they publish rumors about her being Jay's mistress.

July 21, 2014: A blind item -- widely guessed by blog commenters to be about the Carters -- alleges that their relationship has been a business arrangement the whole time and that they'll be split up by the end of the year.

July 21, 2014: BeyoncÃ© posts this cute photo on Instagram of her and Jay holding hands with Blue Ivy.

July 27, 2014: BeyoncÃ© posts a slew of Instagram pics ostensibly from some amazing vacay, including a shot that seems to show her and Jay enjoying sunset cocktails. Ok, we get it.

July 28, 2014: Page Six is back at it with a new story that alleges Bey is penthouse shopping without Jay Z, implying that she's in the market for 'bachelorette pad' she can share with Blue Ivy.