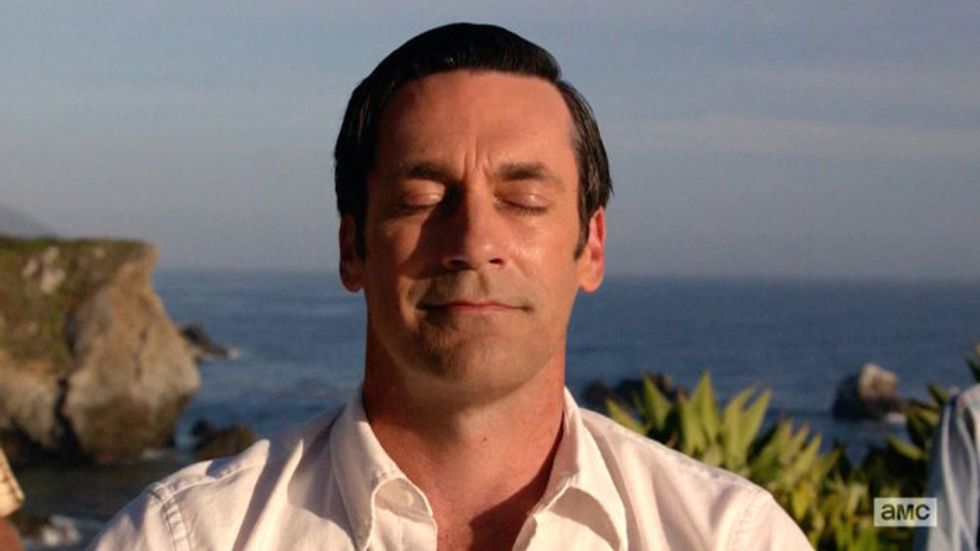 The Best, Worst & Weirdest of the Week

by Paper
PAPERMAG
Image via Dazed
Best Emoji News of the Week:
The shadowy cabal that is the Unicode Consortium announced this week plans to add 38 new emojis in 2016, including a cucumber, a scooter, an impregnated red dress-dancing lady, clinking glasses, a dude shrugging, a clown, and some other stuff. And still: No taco, no hotdog. Our long, national nightmare continues. (See the full list of additions here) --Elizabeth Thompson

Best Video That Made Us a Little Teary This Week:
David Letterman, thanking his 11-year-old son, Harry, and wife during his final show. He even thanks Harry's friend who tagged along, Tommy Rubado. --Elizabeth


Most Elegant Video of the Week:
Warren Elgort's A Dance for the Camera, featuring ballerina spinning and leaping in slow motion. Why can't we all be this coordinated? --Elizabeth

Best rosÃ© to dump on your tuxedo-clad chest this summer
White Girl Rose, available June 5 and brought to you by author Babe Walker and President of the Internet Fat Jew. This is your chance to replicate FJ's Internet-Breaking RosÃ© Double-Dump! -- James Rickman

Best Reason to Keep Your Receipts
This week the Internet took delight in beef between Tidal overlord Jay Z and superstar performance artist Marina Abramovic, which actually (embarrassingly) ended up just being a complete misunderstanding. Abramovic, who was originally upset at Jay Z for not donating to her Institute after she helped with his "Picasso Baby" PR stunt. However, it turns out his producer had a receipt and thank you note from the Institute...it was just that no one on her end had bothered to tell her. Oops. Read about the full saga here. -- Sandra Song

Most Stomach-Churning News of the Week
Turns out your Keurig is basically an e.coli cesspool if it's not used for a few days. Just another reason to constantly keep the cafe a constant. -- SS
Biggest Mess of the Week
Looks as if TLC is finally taking these allegations of Josh Duggar molesting five underaged girls  seriously, because, after showing a marathon yesterday, they've officially yanked 19 Kids & Counting off the air. -- SS

Most Exciting Shakespeare Not In The Park
Two clips from Justin Kerzel's Macbeth, starring Michael Fassbender as the tragic hero/villain/murderer, are now available. From the look of it, the movie will include a lot of yelling in dark rooms, slow-moving swords, and a whole lot of Fassbender. --Eric

Most Expensive Gossip
Mindy Kaling and B.J. Novak apparently have a very complicated romantic past and current relationship -- so complicated, in fact, that the pair are netting $7.5 million to write a book about it. --Eric


Best Musical Clip of Peter Dinklage
Surprisingly not on Game of Thrones! Instead, as part of Red Nose Day, Dinklage sang an upbeat track about Tyrion's survival, pretty much dancing on the grave of the deceased Starks, Baratheons, and even Lannisters. --Eric


Most Explicit Explanation of the Mad Men Finale
No, showrunner Matthew Weiner did not come right out and "explain" the "meaning" of the Mad Men series finale at a Q&A with novelist A.M. Holmes at the New York Public Library. But in his positive comments about both Don Draper as a character and the Coca-Cola ad that Don may or may not have produced, he made his own interpretation more than clear. Whether you buy it or not is up to you. --Eric