Worst Trending Topic: #KanyeAnalPlaylist is trending on Twitter...because apparently this week's roast of him didn't go "deep" enough. Kanye's Twitter drama may have "distracted from his creative process," but has made him even more of the center of attention than usual. -- Liz Desio


Best New NYC Restaurant: Who needs a Facebook page or Zagat, when you're always the trending topic? -- Sandra Song 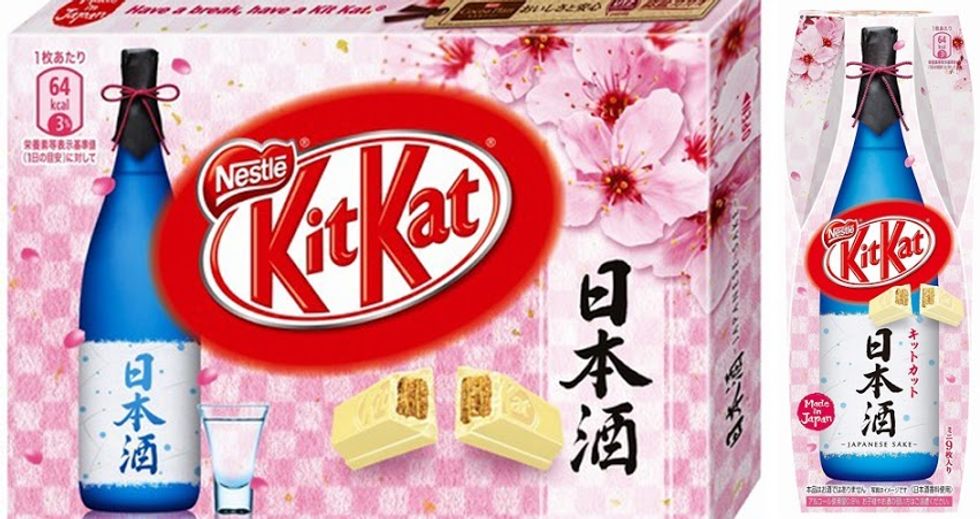 Best Midnight Snack: As if you needed another reason to move to Japan, turns out they're now selling sake-flavored Kit Kats made with actual, real, honest-to-god sake. Sure beats "Turnt-Up Twix", eh? --SS


MY BOYFRIEND SENT ME THIS AFTER I FOUND OUT HE CHEATED pic.twitter.com/OI76cg7dr7
— lourdes (@gossipgriII) January 28, 2016

Worst Attempt At Salvaging A Relationship: You know you fucked up when shit's gone viral. --SS


Angry frog has the cutest temper tantrum and squeaks when you pet him 🐸 https://t.co/7yyBe5S9cf pic.twitter.com/t8M1R06I8C
— Daily Mail Online (@MailOnline) January 26, 2016

Most Adorable Amphibian: THAT SQUEAK. I DIE. -- SS

Most Photogenic Protester: Check out this Ecaudorian sloth that wouldn't leave his literal post. The cutest of causes, for sure. -- SS 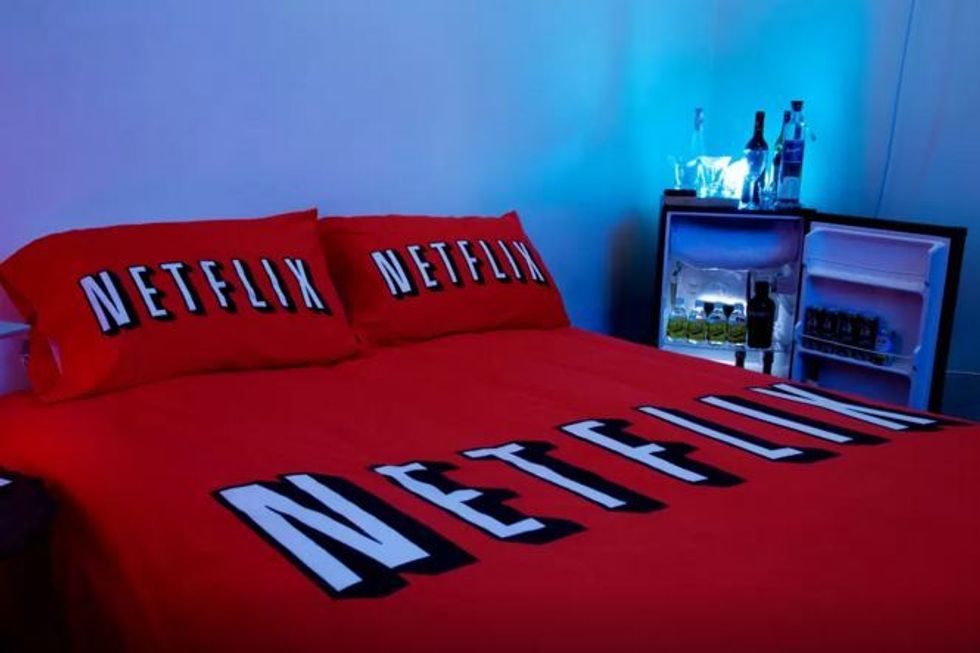 Best Case For the Trans-Species Argument: A Norwegian reporter got deep with a 20-year-old named Nano, who believes she was born in the wrong body...and species.-Carey O'Donnell

Worst Photo Ever: An 18-year-old German tourist in Egypt scaled the 186 meter high Cheops Pyramid in Giza in 8 minutes to take this photo of his dumb shoes. 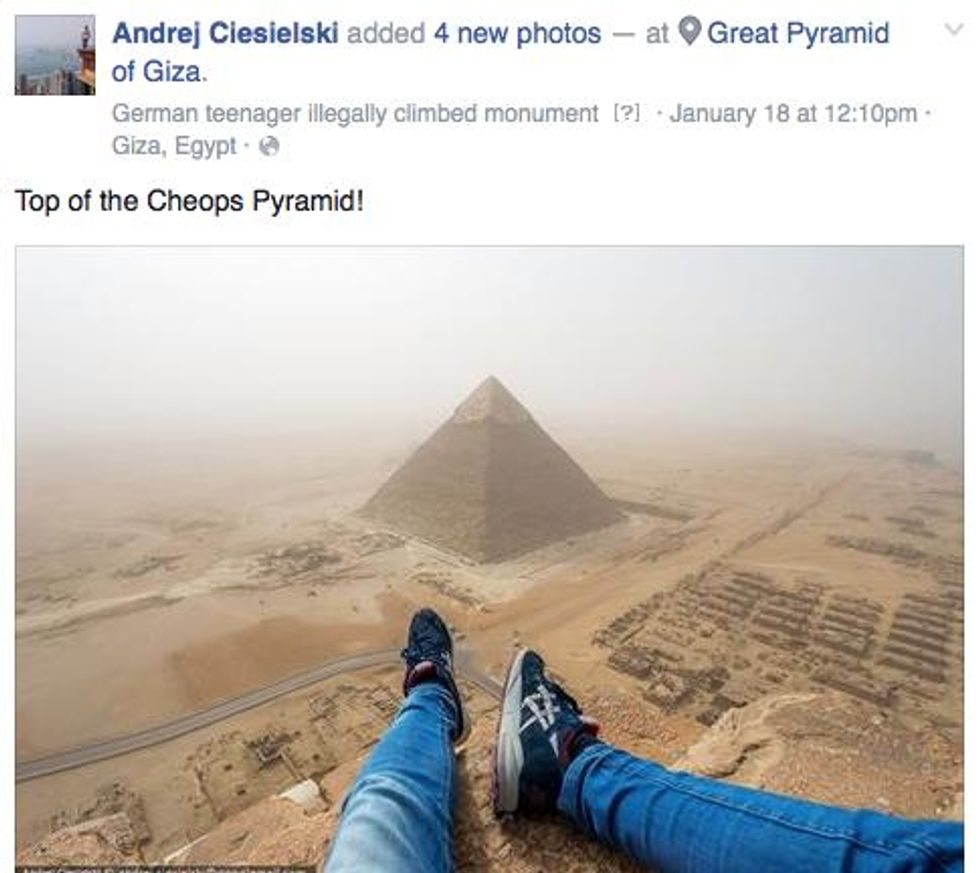 Have fun coughing up beetles for the rest of your life, you probably-cursed idiot.-CO

I'm Not Sure What to Think of This: Leonardo DiCaprio rode his CitiBike across the Atlantic to meet with Pope Francis and talk about the environment.

The Pope's face says it all.-CO

Best Physical Representation of My Nightmare Psyche: A 99-year-old Miami woman woke up Monday to find a Kinkajou--a rare, raccoon-like animal that is only found in the rainforests of Central and South Americas--sleeping peacefully on her chest. 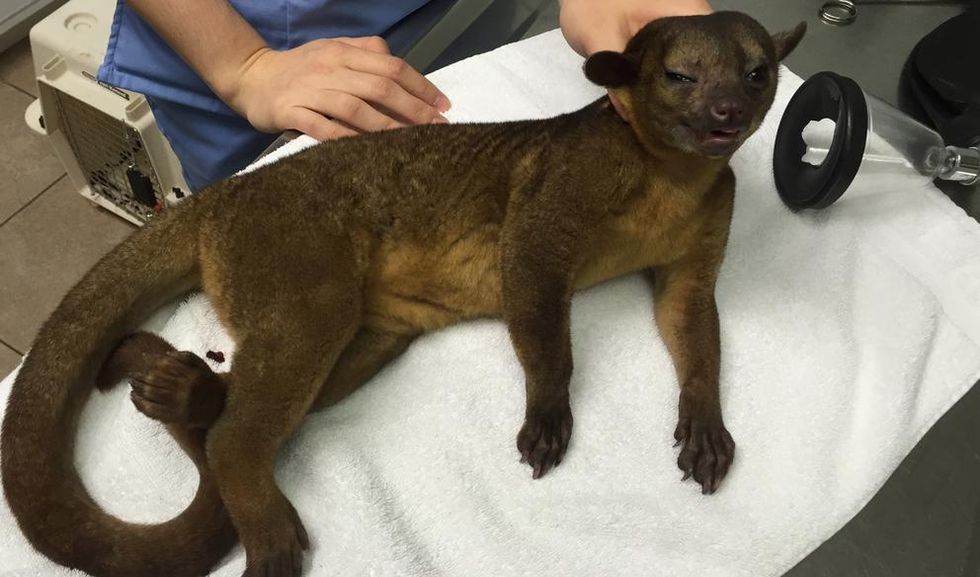 Apparently, the woman and the serpent-bear made silent eye contact, and shrieked in horror, respectively.

Unsure if either party, or myself, will ever recover.-CO