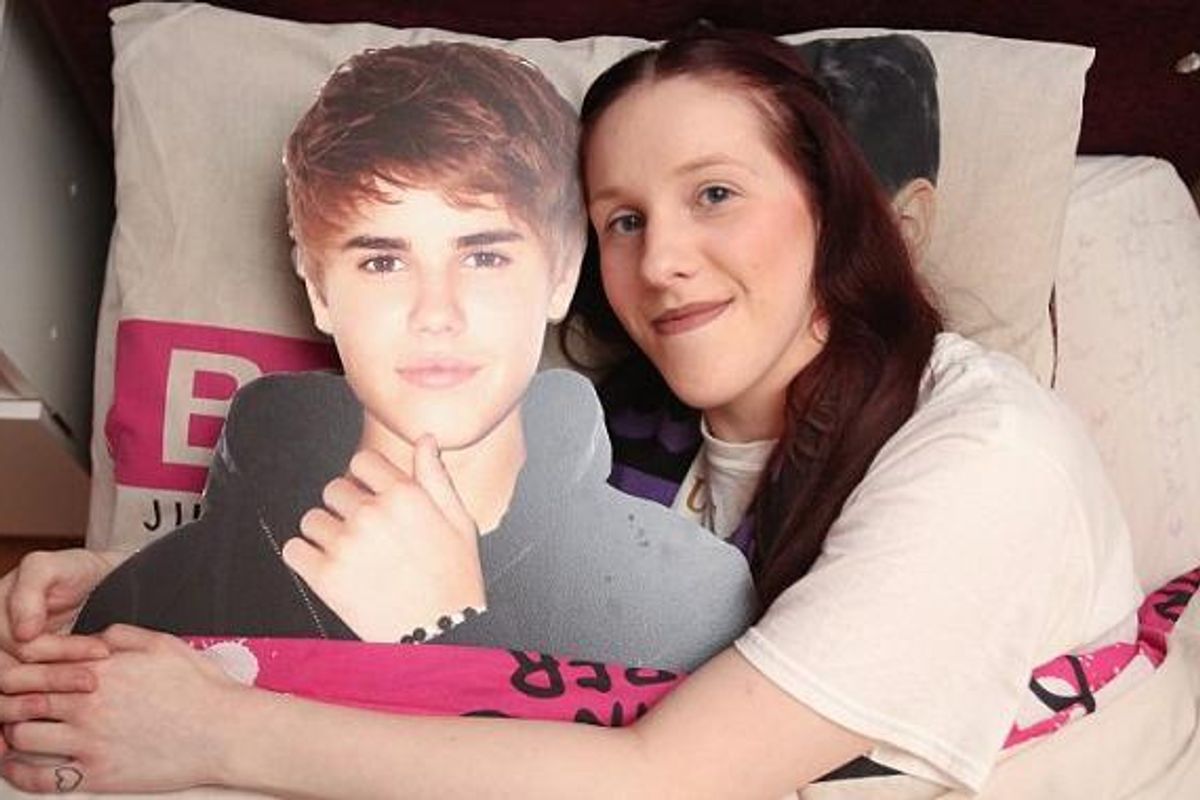 Best In-App Add-On: An NYU grad student made a Tinder Swiping robot that detects the sweatiness of your palms to determine whether or not you are attracted to the person in front of you -- however, it doesn't stop there. Ruthlessly asking if the user is "appealing" or "could you imagine spending the rest of your life with this person?", the True Love Tinder Robot will definitely destroy you from the inside out. -- Matthew Moen


Most Dedicated Fan: This week, an English Bieleiber legally changed her name to Gabrielle Newton-Bieber in order to tell people she's married to the popstar. Congratulations to the happy couple. -- Sandra Song

Best Feminist Sitcom Crossover: Saved By the bell hooks is the incredible crossover blog putting a brilliant spin on the hit 90s show by captioning them with harsh truths from feminist luminary bell hooks. You can always count on Tumblr to ensure your pop culture stays woke. -- MM

Best Workout Motivation: Apparently the organizers of the Taiwan Marathon hired a lady ghost to freak out the racers into running faster -- and I'm sure some records were broken cause, like, this girl gives Samara a run for her money. -- SS

Photos of the Week: Sundance Film Festival's Henny Garfunkel Collection, Part II which shows work by the portraitist (and longtime Paper photographer) taken at the fest between 2004-2013. Per the site, "to see more of Henny Garfunkel's photos from earlier Sundance Film Festivals, check out the larger gallery at sundance.tv, the digital companion to SundanceTV, a television network dedicated to Robert Redford's mission of celebrating creativity and distinctive storytelling." -- Abby Schreiber


Best Holiday Party: Turns out 3 elementary school teachers in Colorado got super sick after accidentally eating a bunch of weed brownies that were left in the Teacher's Lounge, because fuck Edible Arrangements when you can give your teachers actual edibles for Christmas. -- SS

Best New Baby Name: A woman in India named her newborn "Uber" after, well, the car service app she was apparently using at the time of his birth. Someone should tell all those new parents that Instagram filter names are trés passé. -- SS

Best Rediscovery: After years out of circulation, River of Grass, the debut film by minimalist master Kelly Reichardt will be re-released this Spring by Oscilloscope Laboratories.


Who is Little Tommy? Is he a ghost? Why has the furniture in the Tanner house not been changed for 20 years? WHY. -- CO