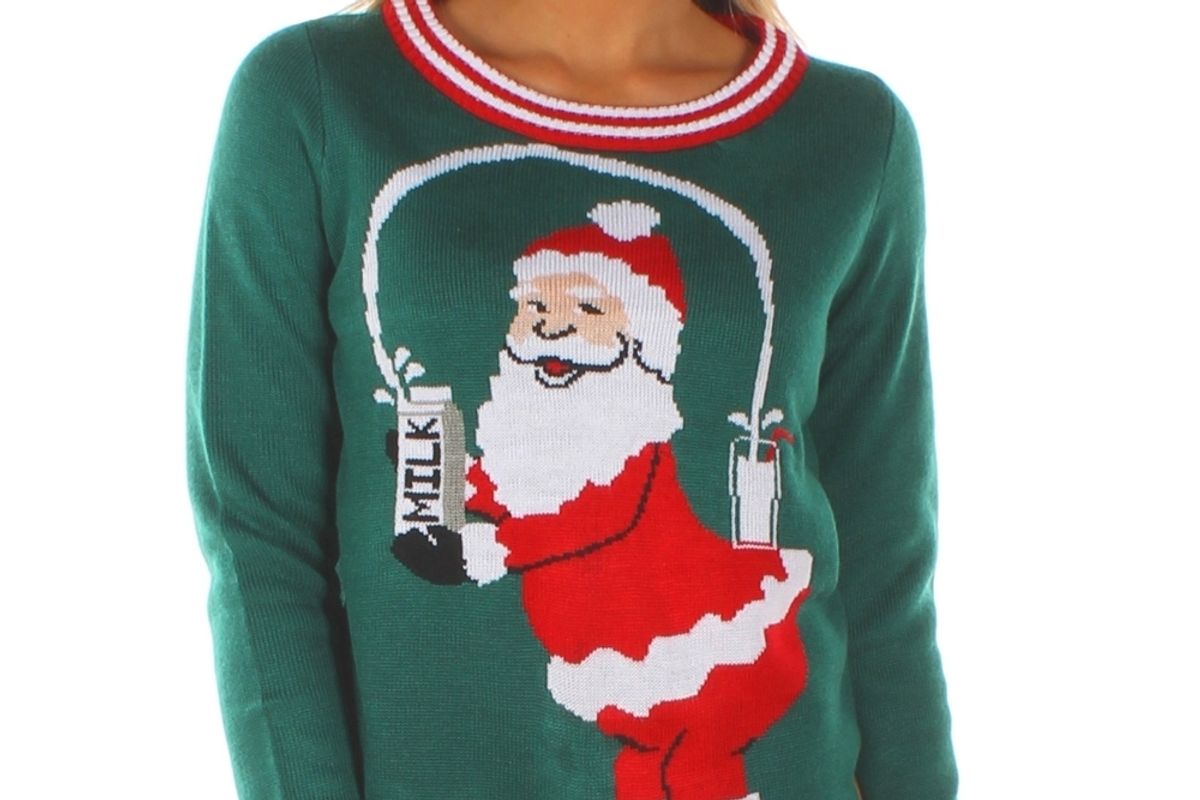 Most Expensive Rap Album You'll Probably Never Hear: Wu-Tang Clan finally sold their album-meets-art-piece Once Upon A Time in Shaolin for a very vague "millions." The fate of the album post-sale is uncertain but there is a clause in the contract that states a corporation is unable to buy and mass produce the album until 88 years from now. Hardcore fans are being advised to start hedge-funds as soon as possible if they want to have a chance to listen. -- Matthew Moen

Most Blessed Video Compilation: Spiritual guru/thought leader DJ Khaled has finally compiled a video of all his signature catchphrase à la "You smart. You loyal". Bless up. -- Braudie Blais-Billie

Most Unexpected Art at Art Basel: These Terry Richardson-shot portraits of Burger King's The King. The images, which went up on Wednesday, show The King posing with local Miami icons. To see the full series, head to Tumblr. -- Abby Schreiber


Best Christmas Sweater: That's right, even St.Nick has caught the #BreakTheInternet fever -- and the end result is this perfect, PAPER-approved sweater. -- MM

Worst Marketing Strategy: Reese's fans are in a tizz after realizing that the company's Christmas tree-shaped peanut butter cups looked less like trees and more like, well, turds. Talk about a "special edition." -- SS

Best Birth...Ever: This already-viral video is making the rounds once again; it's pretty simple: a woman gives birth in her husband's moving car by literally pulling her son out of her womb. Not to be watched if squeamish; The Miracle of Life has nothing on this.--Carey O'Donnell

Most Awkward Carjack: Carjackers in London didn't realize the yellow Audi they jacked (after violently assaulting its driver) was actually a privately-owned circumcision ambulance. Yes, those exist.--CO