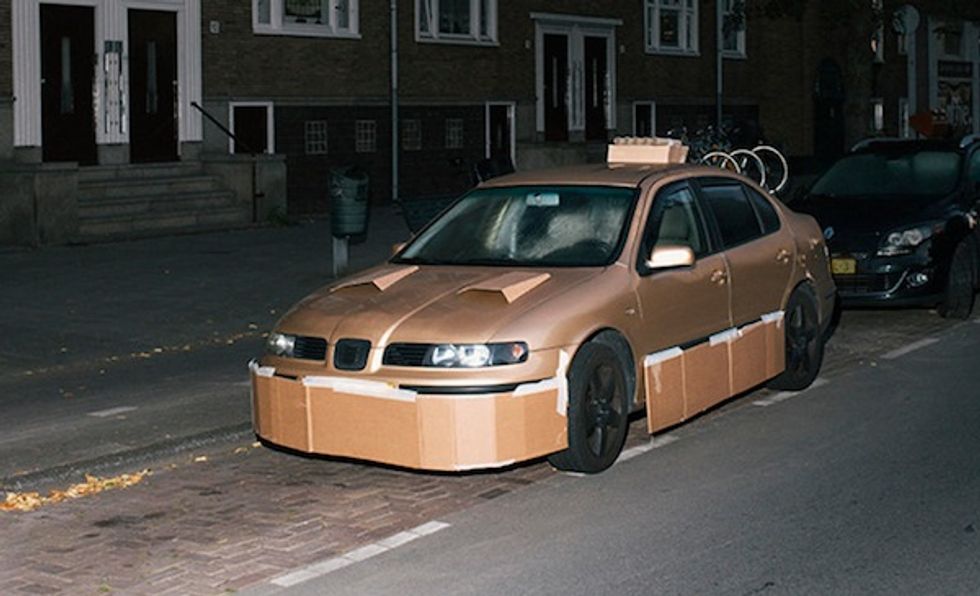 Sickest Upgrade: An artist is apparently prowling the streets of Amsterdam in order to soup up the rides of unsuspecting vehicle owners with nothing more than cardboard and masking tape. Talk about a slick whip. -- Sandra Song