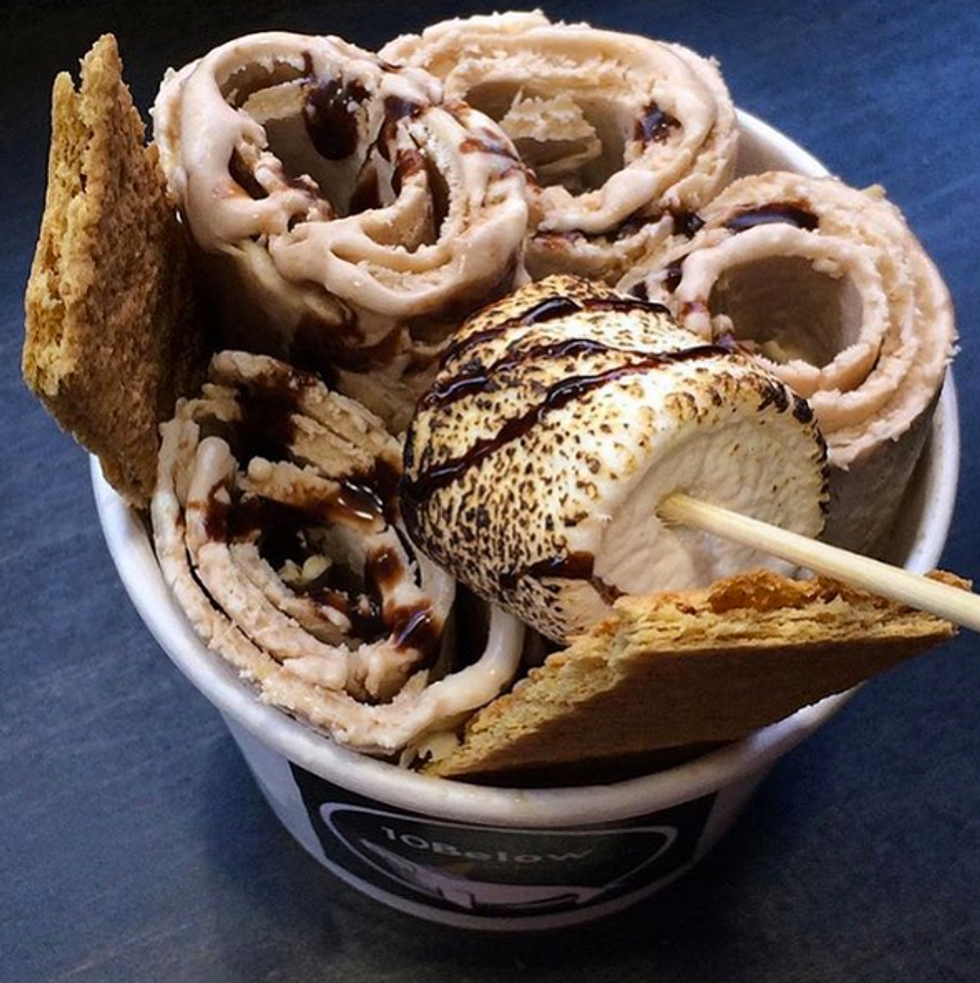 I know you're jealous of my snack backpack. pic.twitter.com/0ORLj6xxel

Best Back To School Accessory: Carly Rae Jepsen has that snackpack look down pat. -- Sandra Song

[Photo via Instagram]
~Trendy~ (But Delicious Looking) Dessert Trend of the Week: Rolled ice cream, as seen as a new shop on Mott St. in NYC called 10Below. The folks at the shop make the rolls by pouring liquid ice cream and fixin's onto a freezing cold pan and then scrape the concoction into rolls and add more toppings. It's apparently super popular in Thailand. -- Abby Schreiber
Best Weekend Soundtrack: While we're on our CRJ tip, we'd just like to take this opportunity to say we really, really, really like you, EMOTION. -- SS

Biggest 'Thanks, But We're Good' of the Week: Buffalo Bill's house in Silence of the Lambs -- the location of such brain-searing scenes as 'it puts the lotion on its skin' and 'I'd fuck me' -- is on sale for a cool 300K in Cincinnati. Think we'll pass.-- Elizabeth Thompson
Cutest Classmate: A high school in San Jose, CA just printed a student ID card for a beloved campus kitty named Bubba. Me-Wow. ð��¸ -- SS

Oddest New Products/Apps Involving Bodily Functions: A tie between a Friends Forever Tampons, a product that features two tampons connected by one string for you and your BFF; and Pooductive, an app that lets you anonymously chat with people while you -- and they -- are on the toilet. -- A.S.
Worst Beta Boomer Ever: Male gaze-oriented author bro Jonathan Franzen was apparently dissuaded from adopting an Iraqi War orphan...even though it was supposed to help him identify with a "'cynical and angry' younger generation." K. -- SS