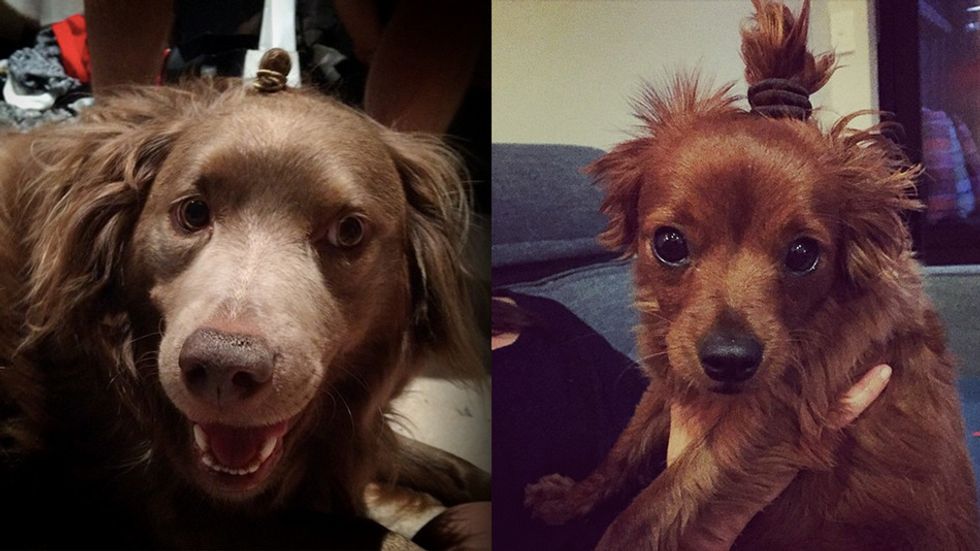 by Paper
PAPERMAG
Most Legitimate Excuse to Miss Work of the Week: Zayn quitting One Direction. People are actually requesting sick leave to alleviate this "traumatic experience". What's truly traumatic is learning that people are this crazy. -- Evan Siegel

Best Fashion Trend of the Week Since the 90s, At Least: dog buns. It's like man buns, but on dogs. I'm just waiting for the day when I see a bro with a man bun walking a dog with a matching hairdo. -- ES

Most Unchill Cat of the Week: The cat, above, that is straight up levitating by the window and giving no fucks. While none of the cats in this picture have any chill, that one is definitely the most unchill. See more crazy cats, and the people that love them, here. -- Gabby Bess


Greatest BeyoncÃ© Tribute of the Week: Serena Williams's. The tennis star got her "7/11" on for Vogue and damn, emoji praise hands. -- GB

Most Groundbreaking News For the Word "Pimp" of the Week: Kendrick Lamar has the first ever number one album in which the word "pimp" appears in the title. Progress! -- GB

Grocery Outing That Most Resembles Fan-fiction of the Week: Taylor Swift and Calvin Harris's. Not only did the two go to Whole Foods together, but they wore matching outfits and probably touched vegetables sensually. -- GB


Cutest video of the Week: This guilty husky who ate his owner's food. I'm not a dog person, but this clip is something else -- just listen to him! -- ES


Most Powerful Music Video of the Week, Possible Ever: Run the Jewels' video for "Close Your Eyes," showing a white police officer fighting with an unarmed black man. -- E.T.