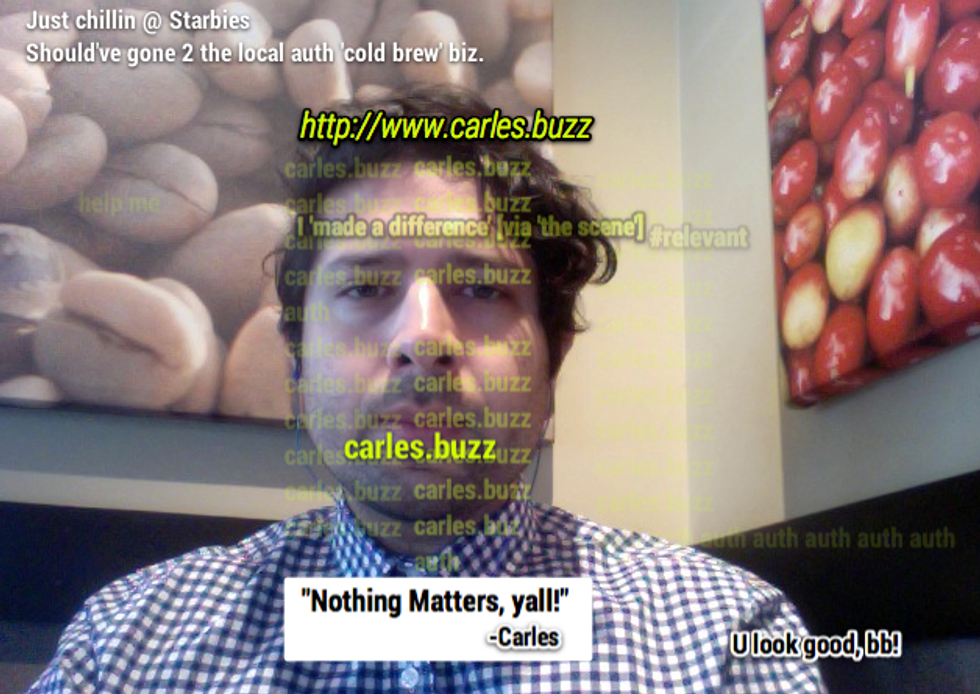 Carlos "Carles" Perez in 2015
Best Farewell of the Week: Hipster Runoff's. Blogger/enigma Carles (neÃ© Carlos Perez) has sold his blog Hipster Runoff for $21,000 to "some Australasian bro." (Reportedly, Hannibal Buress almost purchased the site.) Motherboard's send-off profile of the infamous blogger who both defined and mocked hipsterdom (and gave us "chillwave") is a fascinating read and a fitting farewell. I'm sad to see him go, but Carles died as he lived: as fodder for the internet. -- Gabby Bess