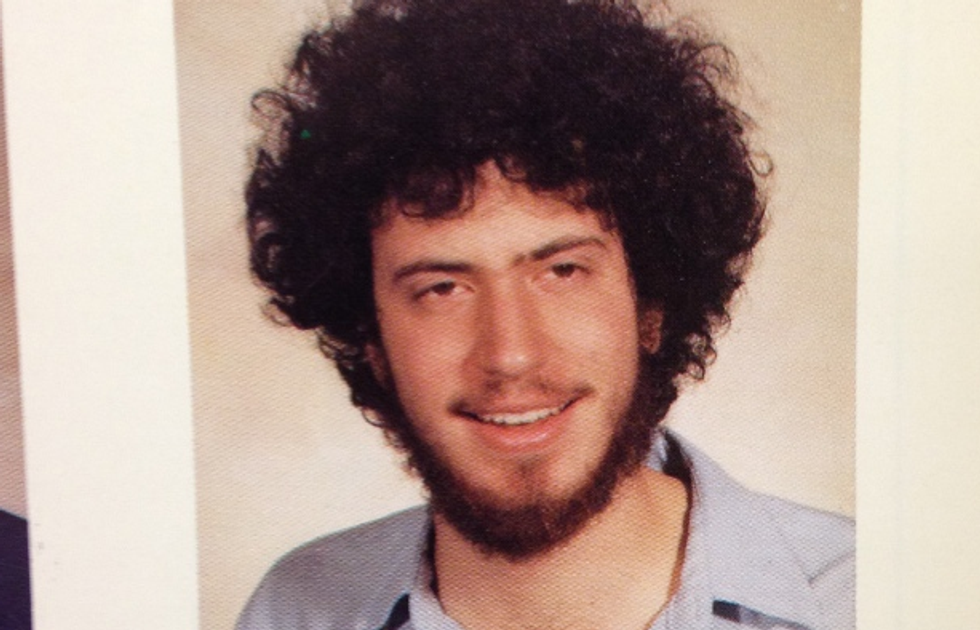 Best New Celebrity Cult of the Week: Jared Leto's Hip Pack Life. Jared Leto doesn't just want to sell you random crap via his webpage jaredletomerch.com. He wants to sell you a lifestyle. And similar to scientology, that lifestyle requires you to buy a lot of random crap, like this completely inexplicable fanny pack. -- Gabby Bess
Artist to Know of the Week: Rebecca Morgan, whose drawings, ceramics and paintings of 'Bumpkins,' so named for the subjects she portrays inspired by her upbringing in the Pennsylvania Appalachian mountains, have been likened to a mash-up of "Brueghel and R. Crumb."  -- Abby Schreiber

Biggest Asshole of the Week: Bill Cosby, for joking about his rape accusers during a recent set. Please drive off the nearest cliff in a clown car. -- Elizabeth Thompson

Second Biggest Asshole of the Week: Phylicia Rashad, for dismissing Cosby's rape accusers as being part of some batshit cabal to keep him off network television and for perpetuating the vile cycle of victim-blaming that keeps rape survivors silent. BYE PHYLICIA. -- E.T.


Most Slide-y Pig of the Week: This adorable dude, who is honestly coping much better with Winter than we are. -- G.B.

Most Honest Food Review of the Week: Seth Rogen's. The actor did not try to curb his very intense feelings for a certain Brooklyn steakhouse AT ALL when waxing poetic in the Infatuation about his top five favorite New York restaurants: "It's obvious, but [Peter Luger's] is fucking dope as fuck. I just went here for the first time a few months ago, and steak was on point. But what really blew my mind was the massive slab of bacon. Holy shit. I know it's blasphemous, but next time I might skip the steak and eat about 15 slabs of bacon. Then I'll die." Same, Seth Rogen. Same. -- G.B.

Queen of the Week: Joan Didion. No explanation needed. -- E.T.

Best Show to Attend TONITE: Orange County-bred duo Garden, at Webster Hall. Bring your best identical-twin clichÃ©s, but be warned that Fletcher and Wyatt Shears are far cooler and creepier than any Shining quote you'd care to throw at them. Show info HERE. -- James Rickman

Best Press Photo: PJ Harvey's. She announced last Friday (when we were too hungover to do a Superlatives post) that she would record her next album from within a studio made of one-way glass, and that a paying audience would stand outside and watch it all come together. Fine, but can we please have more pictures of her wailing on an alto sax in an alleyway?  -- J.R.

Biggest Garfield Hater: Miranda July in her "By the Book" interview in the New York Times Book Review. She says, "That dumb man and his dumb, mean cat have gotten more of our attention than they deserve. Less so recently. But you meet men (and cats) like them every day. It's a type." -- J.R.
You May Also Like
Music