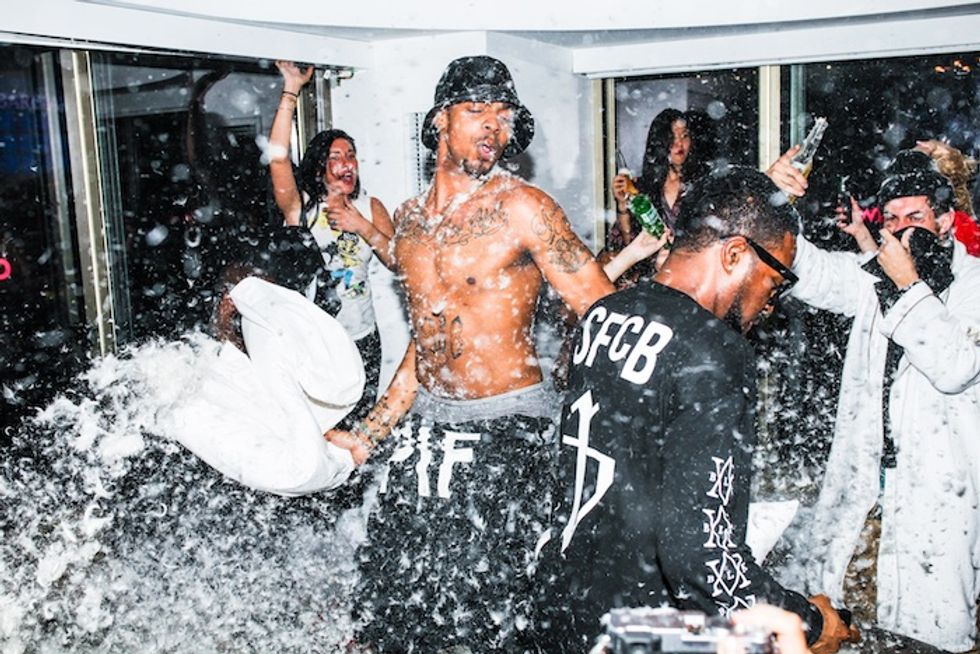 Dopest Impromptu Pillow Fight of the Week: The pillow fight that broke out during the W Hotel x Boiler Room party last night, which was held inside a suite at the W Times Square and featured DJ sets by Solange, Brenmar and Mike Q and a performance by Cam'ron. Perhaps cool kid brands like Hood by Air and ÃDD should take a cue from Andy Spade and venture into sleepwear next? [Photo by Angela Pham/BFANYC.com] -- Abby Schreiber

Most Depressing Tumblr(s) of the Week: All of fan-girl sites dedicated to suspected Boston marathon bomber Dzhokhar Tsarnaev uncovered by Gawker. -- Elizabeth Thompson

Second Most Depressing Tumblr of the Week: 100 Percent Men, a Tumblr that highlights boys clubs from "all corners of the world where women have yet to tread." This includes the all contributors in the latest issue of the New Yorker. -- E.T. 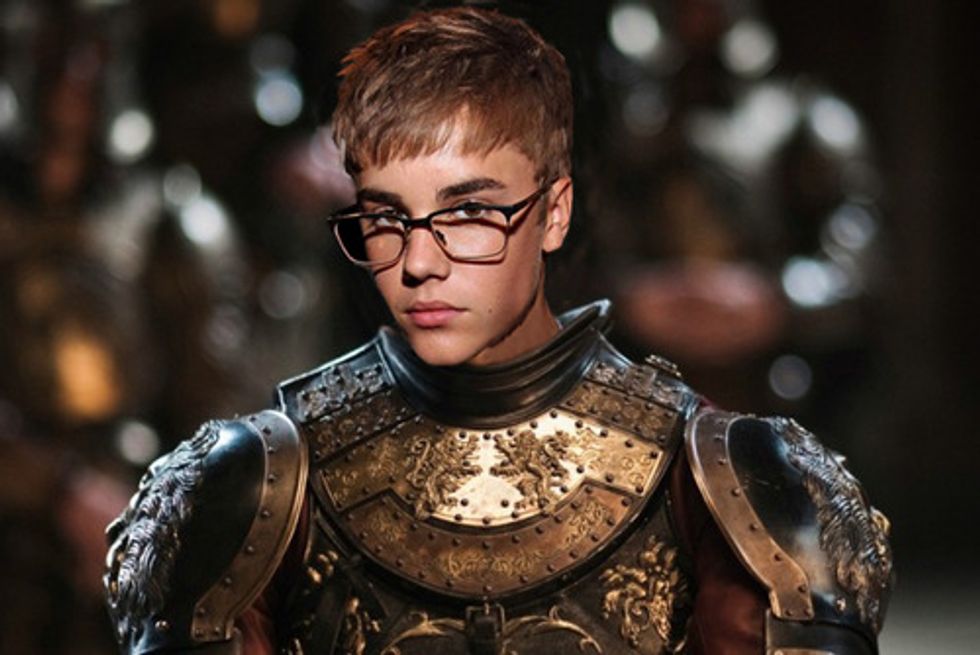 Movie Soundtrack We're Most Looking Forward To, After Seeing the Trailer: Sorry Gatsby, this one's going to Sophia Coppola's Bling Ring, which juxtaposed shots of Emma Watson being awful while Azealia Banks' everlasting jam "212" and Sleigh Bells' "Crown On The Ground" played in the background. -- A.S. 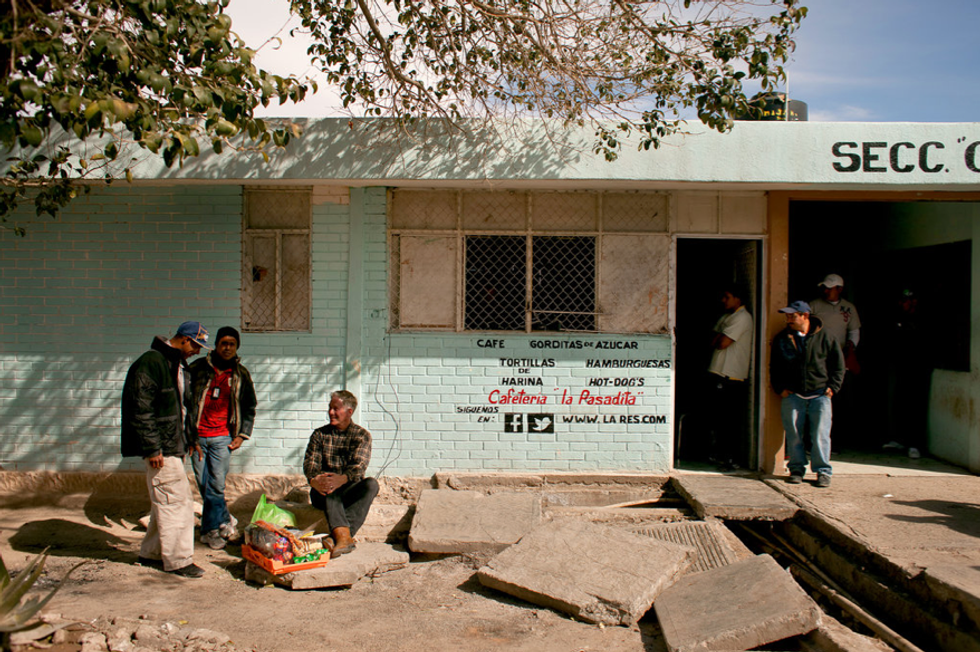 Weirdest Social Media Plug: The "siguenos en Facebook and Twitter" ["follow us on Facebook and Twitter"] found outside this men's prison cafeteria in rural Mexico, as seen in a New York Times Magazine article. A men's prison cafeteria in rural Mexico is on Twitter and Facebook? Also...whom are they advertising their said social media presence to? [Photo by Dominic Bracco II/Prime, for The New York Times] -- E.T. & A.S.
Best Proof Punk's Not Dead (Despite Being Embalmed In the Galleries of the Metropolitan Museum and the Pages of New York Magazine): The So So Glos' record release show Monday night at Shea Stadium. -- Jonah Wolf