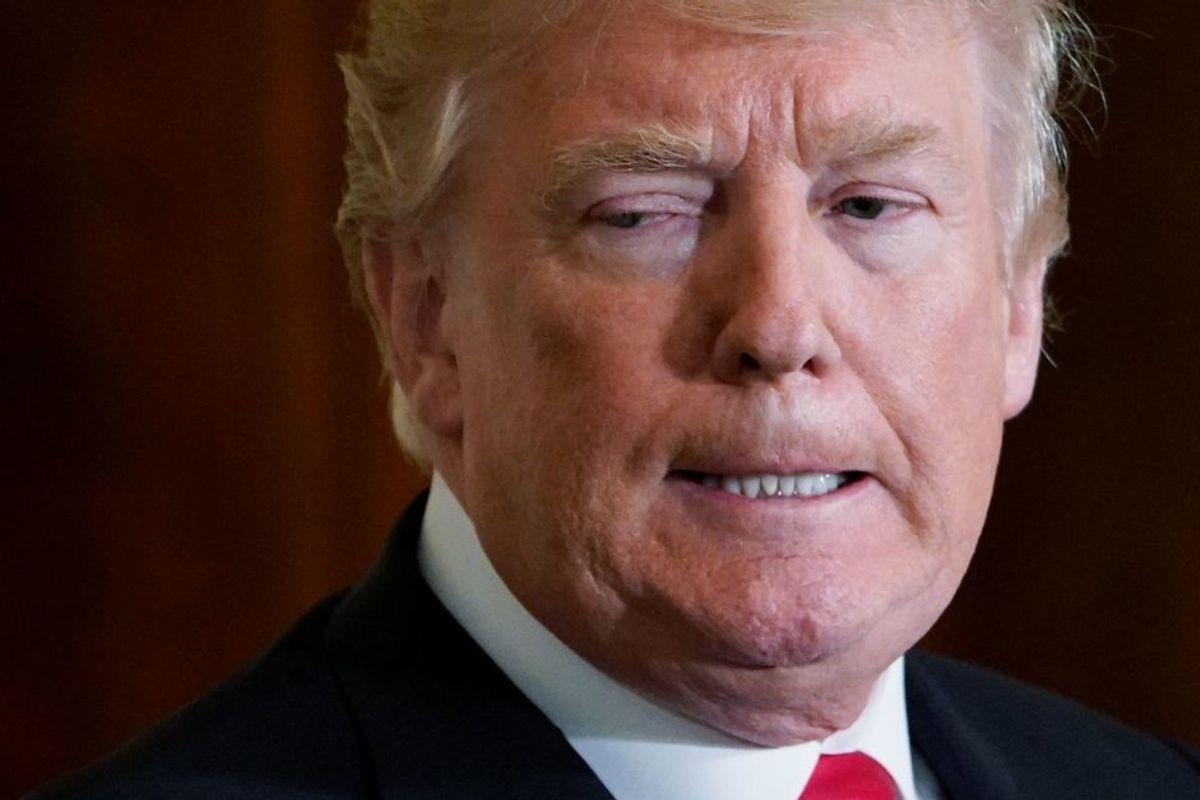 The Best Twitter Reactions to the Trump Dick Pic Rumors

The Internet in 2018 is a spectacular thing. It's a place where people can donate money to help school shooting victims, watch videos of puppies, and turn Tiffany Pollard into a meme queen. It's also a place where the phrase "Trump dick pics" is just another rollicking night on Twitter. You clicked this story, you're here with us now, and we're going to explore Trump's boner. Let's hold each other's hand.

Immediately, Twitter was sent into a tizzy at the mere prospect of seeing 45's small, krill-like fingers holding his baby carrot. Most, like Teigen, wanted to expel their last meal, others bemoaned how the discourse has sunk so low that this isn't even shocking. Mashable swooped into clarify Avenatti's statement; in a transcript, he told MSNBC host Ari Melber that Daniels has "lot of information, a lot of evidence, a lot of documents that haven't come to light yet." He did not, we repeat, did NOT say anything specifically about dick pics.

Did that stop Twitter from being The Most? Of course not. Here are some of the best reactions to the great Trump Dick Pic Scare of 2018, which we hope remains just a scare, and doesn't become reality. Meanwhile, we're still waiting on the pee tape.

Not only will I post Trump's dick but I will get it tattooed on my neck
— Ashley Feinberg (@ashleyfeinberg) March 20, 2018

My Tinder profile: Looking for that special someone willing to hold my hair back when I start puking after Trump's dick pics are released.
— one pissed off Polack (@Wojtaszek0114) March 19, 2018

Y'all if I have to see Donald Trumps dick pics... pic.twitter.com/C0pEfExjxl
— Ryley Pogensky (@bkboundbkfound) March 20, 2018

I will go full on Jean Grey Phoenix level scorched earth on the first account, person, or media outlet who exposes me to a picture of Trump's dick.
— Kendra James, the "Literary Racist" (@KendraJames_) March 19, 2018

Here's something no one is talking about. What if Trump's dick is like the perfect dick? Like somehow against all odds it's the perfect ratio of length to girth and is neatly manicured and just on a scale of 1-10 is just a solid 9? What if Trump's penis is excellent? What then?
— Just a simple enby girl rollin' on E (@JustinFL76) March 20, 2018