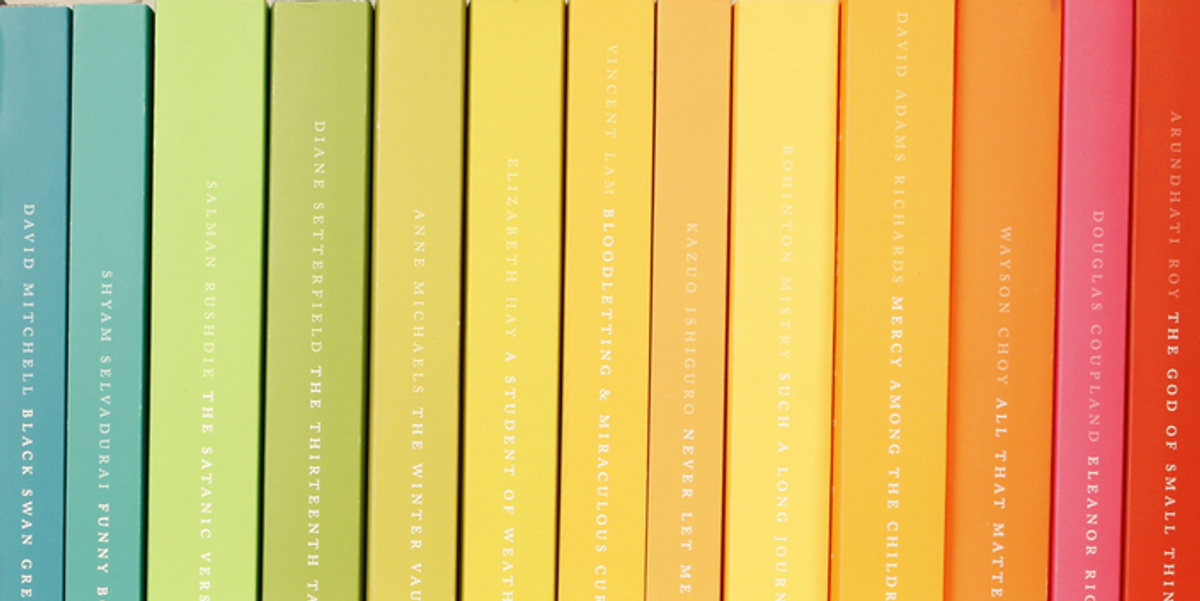 Since the dawn of time, books have been the medium we use to entertain, inform, and educate ourselves; one where we can both escape into different and fascinating worlds, and remind us of the past, the present, and what the future could be. This is no different for queer books, an underrated resource where the LGBT community can help themselves, learn about their own history, and feel that they're not alone in what they go through. We curated the essential queer books everyone should read, whether you need some motivation to come out or simply want to remind yourself that love exists.

The opening line of Middlesex goes, "I was born twice: first, as a baby girl, on a remarkably smogless Detroit day in January of 1960; and then again, as a teenage boy, in an emergency room near Petoskey, Michigan, in August of 1974." That's all you need to get hooked into this novel, a poignant and inspiring (but fictional) story of a person who grapples with their gender and sexuality upon learning that they are, in fact, intersex. Purchase here.

Call Me By Your Name by André Aciman

What starts out as a budding friendship with a foreign scholar recruited by his professor father turns into a defining love affair for questioning 17-year-old boy Elio, who starts to fall in love the slightly older Oliver, turning into a warm and sweet take on experiencing one's first love. The movie was recently adapted into a film starring Armie Hammer and Timothée Chalamet, and received rave critical reviews after premiering at Sundance. Purchase here.

While it's not completely autobiographical, the story of Alison Bechdel's famed graphic novel parallels her own experiences coming to terms with both her and her father's sexuality, something that may have led to his suicide. It's tragic, immensely humorous, and a poignant lesson on how to accept oneself, which led itself to become an amazing Tony Award-winning musical on Broadway. Purchase here.

The Color Purple by Alice Walker

The Color Purple is best-known as a kick-ass Oscar-nominated film starring Oprah Winfrey and Whoopi Goldberg, as well as a kick-ass musical performed on Broadway twice, but it all started with a beloved novel. The romance between protagonist Celie and nightclub singer Shug is brief, subtle, and rocky, but its precisely that warmth and subtlety that makes it an essential casual read, especially for queer women of color. Purchase here.

There is no official gay relationship between college friends Charles and Sebastian, but the homosexual overtones are so obvious you can practically run your hand through the book and feel the gayness entering your soul. And that's what makes this such a fascinating and intriguing read. Consider it a gay thriller, with dreams of eternal romance replacing the suspenseful action. Purchase here.

A Single Man by Christopher Isherwood

A novel with such intense emotional impact that fashion designer Tom Ford directed a film adaptation of it, A Single Man is the story of a gay professor who never came out of his closet and must deal with the inner regrets and consequences when his partner passes away. For those who feel the need to come out soon, this book is a harrowing but necessary reminder of what life could be without living as your true self. Purchase here.

Prayers for Bobby by Leroy Aarons

Perhaps the most intense read on this list, Prayers for Bobby is unapologetically non-fictional, as gay teen Bobby Griffith's mother recounts her regrets in handling her son's sexuality, and her path to becoming a sympathizing activist for gay youth following his suicide. It's unbelievably tragic and often just difficult to read, but it can do wonders in helping you approach family and loved ones about your sexuality, and how to accept yourself no matter what. Purchase here.

Many books can offer a glimpse of gay New York in whatever time period you're looking for, but only few can give one from a totally lesbian and female-powered perspective. Rubyfruit Jungle tells of young woman Molly Bolt and her lesbian coming-of-age in her native Florida, before she gets motivated by the New York dream and moves, expecting a gay wonderland at her feet. Through it all, she learns to embrace herself and follow her instincts, no matter the obstacles thrown at her feet. Purchase here.

The groundbreaking novel follows Grady as he transitions from Angela to her true identity as a young boy, with new clothes, a haircut, and all — but without warning his family first. With hysterical twists and a wistful sadness, Parrotfish can relate to anyone going through life's crazy situation, but will especially help anyone in transition come to terms with living as their true gender. Purchase here.