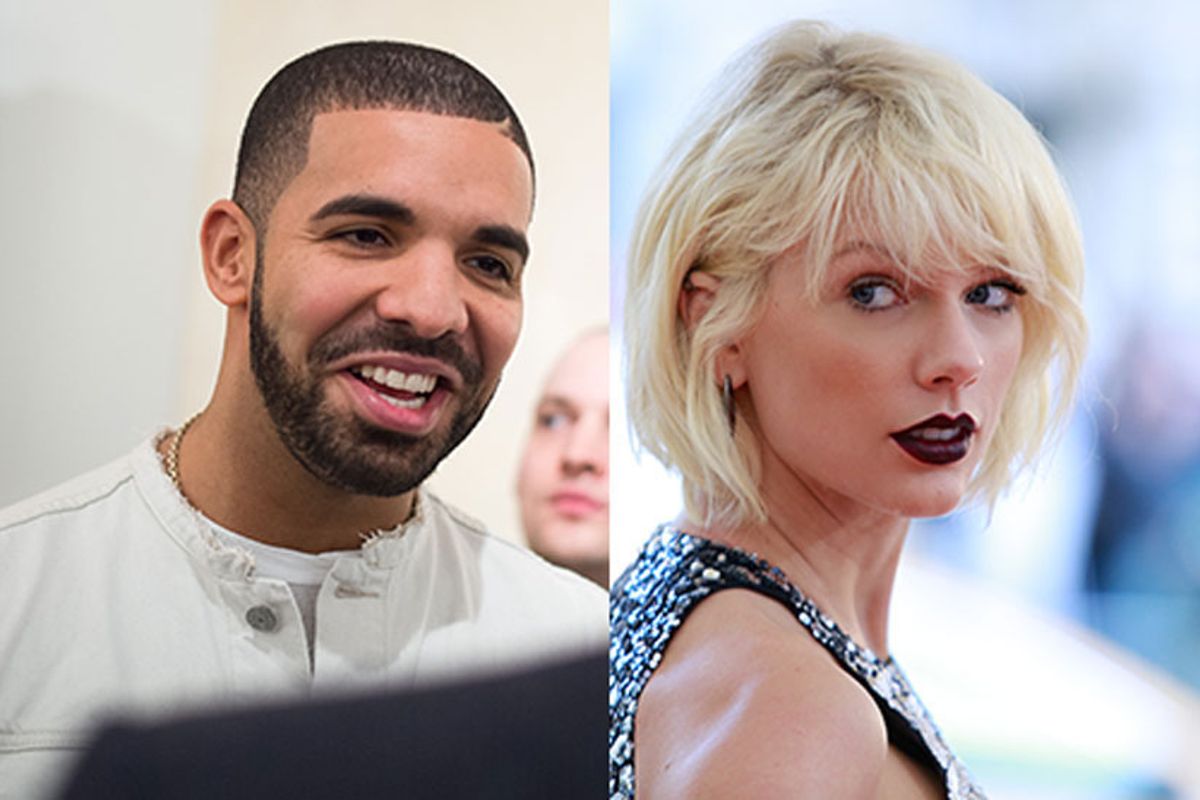 The Best Probably-Fake Relationships of 2016

There's nothing in the celebrity world more trusted, more stable, more recognizable than the fake relationship carefully orchestrated by a team of overpaid public relations specialists. From the Golden Era of Hollywood (see: Cary Grant and anyone) to now, the maybe-real maybe-fake romance has been a reliable engine of celebrity gossip and breathless fan speculation (ourselves included). 2016 was a particularly ripe year, thanks mostly to twin romance-rumor-generators Drake and Taylor Swift, so here, our favorites of the year that was.

Name: We're not validating this with a couple name. (Although Drake did briefly coin it #Draylor on Instagram.)

Timeline: Rumors started flying after October's Very Own's birthday bash, and were seemingly validated by Swift taking him to meet her mom, before ending in an Instagram celebrating their Apple ads.

Possible purpose: Turns out this grand romance was likely a promo for an Apple Music project.

Timeline: Freshly launched mid-December by Drake posting an Instagram of the two of them together.

Possible purpose: Who knows, honestly? But it's a well-known fact that Drake likes older women...

Timeline: Supposedly, the pair launched their romance with some awkward dancing at May's Met Gala (when Swift was still officially dating one Calvin Harris). It proceeded through the summer with definitely-not-staged frolicking on rocky Rhode Island beaches, posed photos with fellow squad couples, and Hiddleston wearing an I Love Taylor shirt. And then, like the leaves falling from the trees, so too their promotional-love dried up and blew away in September.

Possible purpose: To push both their celebrity profiles higher.

Name: Too brief to generate a name.

Timeline: The pair went out to dinner one time in the West Village in August.

Relevant fun facts: As our own Carey O'Donnell speculated, "They're both Italian, they're both New Yorkers, they both love food. They both...love cigarettes."

Possible purpose: We'll cop to blowing this up into way more than it actually was. Theory on Gaga stanning for Corrina, Corrina still stands.

Name: Do you actually think Amber Rose would be part of any couple with a coined name?

Possible purpose: The two simply rang in New Year's Eve together at E11even Club in Miami -- no PDA was displayed, according to sources. BUT, Jennifer Lopez was ALSO present, with then-beau Caspar Smart.

Timeline: Drake and Rihanna's perpetual on-again off-again thing was declared on again in July (despite Rihanna curving him when he went in for a smooch during their Anti tour appearance). And curving him again during the VMAs this August. October brought the end of their reignited affair.

Back On Rihanna Spotted Getting Close To Leonardo Dicaprio At … : https://t.co/F1SPPHJTbt .... pic.twitter.com/qGuZAzTjnH
— BINGBING Cocktail (@BINGBING_CKTAIL) September 25, 2016

Timeline: They were spotted at the same party at Leo's spiritual home, Coachella.

Relevant fun facts: Both were wearing sunglasses at night. Also he wishes.

Possible purpose: Ginned up out of nothing to get Page Six some pageviews. The two have been rumored to have gotten together multiple times in the past, so this is a story that should just be set into a floating lantern and placed at sea, forever.

Relevant fun facts: They are both very rich!

Possible purpose: Kris Jenner thought of an evergreen plot point for Keeping Up With the Kardashians.

Possible purpose: First rumored during one of Kylie's breakups with Tyga, the two starred in the rapper's music video. #promo

Possible purpose: After their iconic street curb cig break in 2014, this Vegas reunion could've just been a lil' club canoodle.