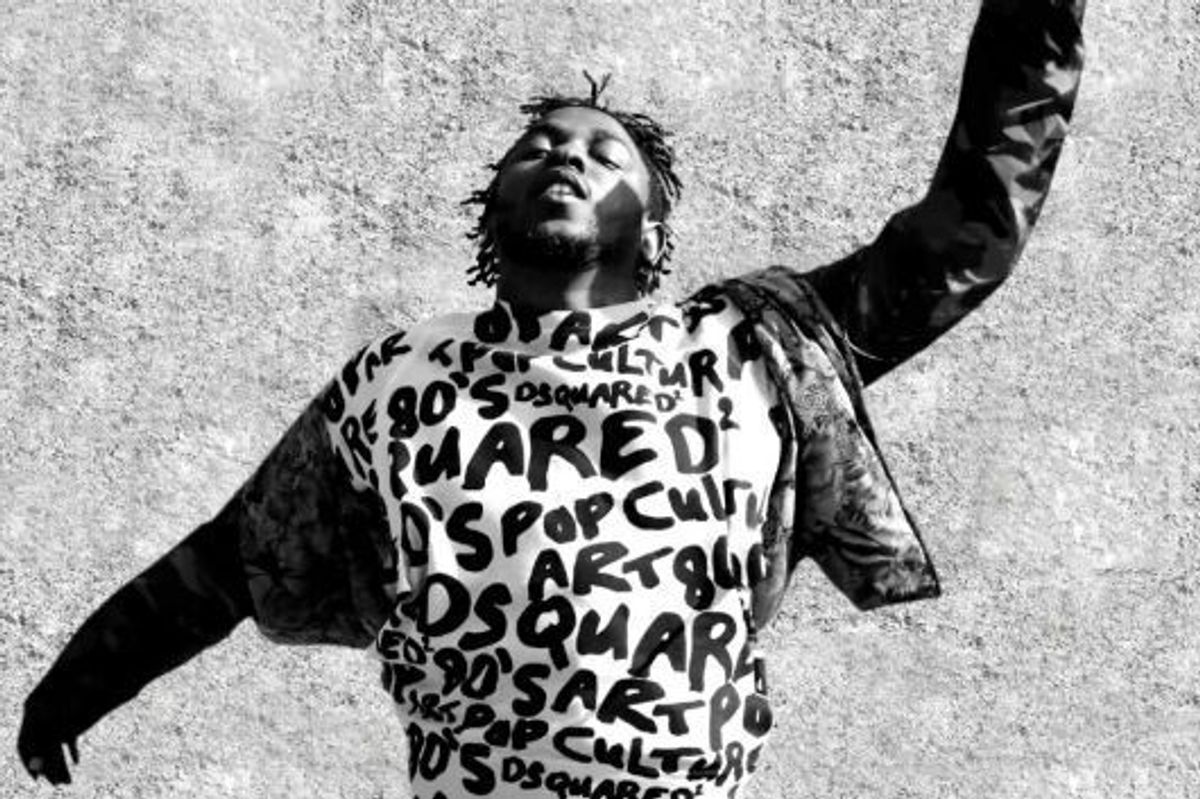 Music and storytelling, at their core, are about arranging the right moments in the right order so that they all add up to something more. Perhaps not every moment is remarkable on its own, but that's not the point. But while the whole is greater than any one part, truly great art comes when someone knows they've found a great moment and the right place to put it, and then they get the hell out of the way.

In life, the only thing we ever get to have is the moment that we are in. Great art embraces this. Here are ten moments in music in 2015 that stood out to me and told the story of the year.


The first time you heard Kendrick Lamar tell us that "we're going to be alright," you wanted to believe him. You're not sure if you did. But it helped knowing that he did it. Every generation gets the "We Shall Overcome" that it deserves.


The part in Beach Slang's "Bad Art & Weirdo Ideas" wherein singer Alex James goes from "ah-ha-ha" to "ah-ha-HA-HA-ha" is very, very important. There's a world in that extra, heightened "HA." It's the sound of a lonely, stuck and ashamed man finally finding the people who feel like he does. A triumphant moment in a year that needed more moments like that.


The way Miguel says "never felt comfortable" makes it sound like an embarrassing confession that he'd rather not own up to on the otherwise frisky "Coffee." Miguel knows that sexy is easy; making a song about why we need intimacy is the real challenge.


I find myself at a loss for how to properly transcribe the syllables Grimes offers up on the chorus of "Belly Of The Beat." I want to say "eh-you-waa" but that just looks so pedestrian written out that way and unworthy of the gorgeous array of sounds she's stringed together for us. The loveliest and weirdest moment on an album that didn't lack for lovely or weird.


Speedy Ortiz singer Sadie Dupuis makes it clear that she's the boss (and don't you dare call her "bossy") on "Raising The Skate." The slashing art-punk riff mutating in the background makes it clear you should take her at her word.


Fetty Wap made us all feel like trap queens this summer with the kingly act of kindness that was his summer anthem, but the best part of the song was wondering what "1738" meant. The accepted answer is that it's a reference to high-end liquor, but that's so boring that it's best to ignore it and assume that it's a mystery only Fetty is capable of understanding.


Emo army The World Is a Beautiful Place & I Am No Longer Afraid to Die made it clear on their album Harmlessness that they'll save your life whether you want them to or not, and on the bruised but triumphant "I Can Be Afraid of Anything" they threw a rope to anyone who felt smothered in their own darkness. "I really did dig my own hole," they said, sounding grateful and amazed to still be here, "but I'm climbing out."

The mournful piano chord that opens Majical Cloudz's Are You Alone? is so distressed and minimal that it almost apologizes for its existence, but Devon Welsh doesn't need much in the way of set decoration to purge our souls.


Patrick Stickles says the phrase "dimed out" about a million times at the end of Titus Andronicus' "Dimed Out," which condenses the-hour-and-a-half manic depressive opera The Most Lamentable Tragedy into a manageable serving size, but the way he hits that last "out" convinces you that only cowards are content to give it a nine and call it a day.


When you are alone in the dark, Beach House is there for you, and when the drums burst in on "Sparks," you know that everything is going to be okay and the world belongs to you.