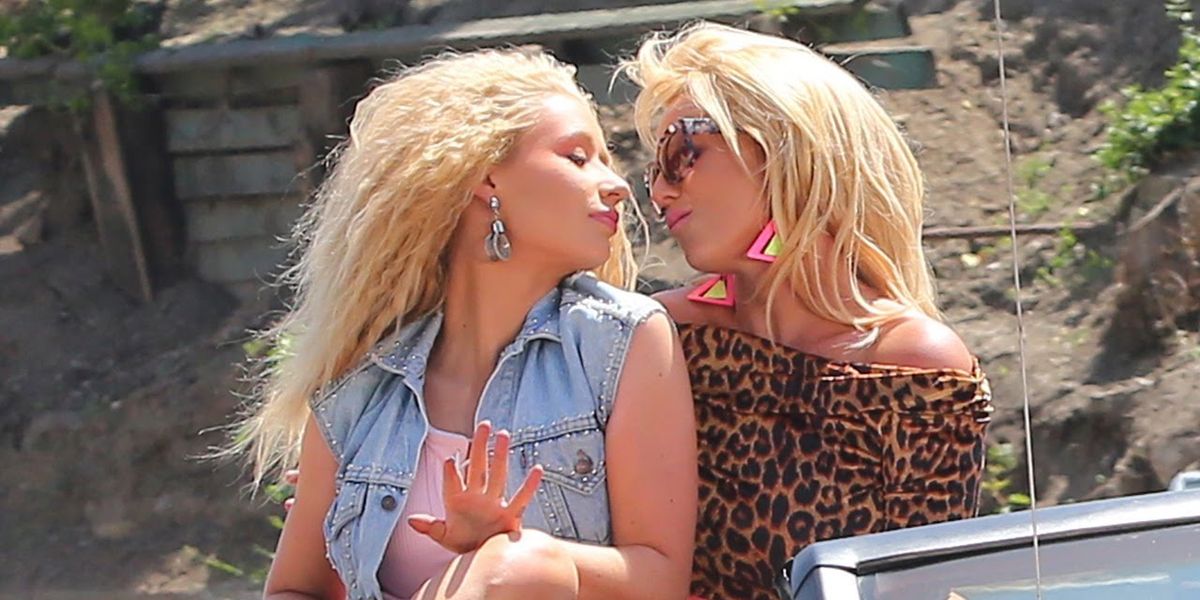 The thing about celebrities is that they're ultimately just like you and me -- prone to foot-in-mouth syndrome whilst equipped with a Smartphone and the Twitter app -- except their online audiences just happen to be in the scrutiny-fueled millions (and you were worrying about those Cabo party pics from 2009). As such, every time a celebrity @fest begins, we all are implicit, faving and RTing the fuck out of a shady dig like the baby gossip rag reporters we all wish we were. So it's no surprise that 2015 (one of Twitter's biggest years yet), celebrity beefs transcended to an entirely different level. As such, there was a lot to choose from but narrowed it down to a few of our favorite feuds below.

First things first, we'd better be starting this "Best Celebrity Twitter Beefs" story with a marquee incident that we included in our previous round-up of Nicki Minaj literally shitting on everyone/ruling the world -- aka the T. Swift VMA tweet tiff. Because not only was it a good popcorn moment, but it also served as a really good lesson in intersectional feminism.

For those of you who don't remember, Nicki took to Twitter to express her disappointment when her (viral, record-setting) "Anaconda" video was snubbed for a Best Video VMA nom -- and then, for some unfathomable reason, Taylor decided to make it about herself. Because it's not like Nicki was actually addressing the broader implications of what the snub says about black women in entertainment today, you know? It totally must have been because she wanted to subtweet Taylor. Sigh.

Remember that time when Zayn got into a tweet tiff with his ex-bandmate Louis Tomlinson over a fucking Photobooth filter and the fabric of the 1Directionverse ripped in two? Yeah, well that's pretty whatever compared to his later spat with Calvin Harris, who uh, took a RT comparing Miley Cyrus' and Taylor Swift's stances on Spotify (re: paying up-and-coming artists) pretty personally.

Because like any unsolicited white knight compelled to defend the honor of their girlfriend (who at the time just happened to be the aforementioned Swift), cozy multimillionaire Calvin decided to go on an unnecessary, several tweet-long rant positing himself as a defender of the upstart production bro, which Zayn easily put down with one Swift (lol) stroke of his keyboard. Or at least enough so to have Calvin extended a half-ass backtrack of an olive branch.

@CalvinHarris ha you just made an absolute fool of yourself mate
— zayn (@zaynmalik) August 17, 2015

@CalvinHarris so i suggest you calm your knickers before them dentures fall out
— zayn (@zaynmalik) August 17, 2015

@zaynmalik all good, it was the quote not you personally mate
— Calvin Harris (@CalvinHarris) August 17, 2015

Earlier this year, Khloe came for Amber after girl defended her BFF/Tyga's ex Blac Chyna when asked about his new squeeze, Kylie aka the youngest Kardashian. Taking to Twitter, Khloe decided to shame Amber's past as a stripper (which Amber later shared she did to support her family), to which Amber responded with a meme dig at Kim and fired shots at her ex/Kim's husband Kanye West. Ooooo shit. Read a few of the choicest tweets below.

We get asked questions about people all the time and my sisters and I always take the high road and don't answer. Truth is we don't know (1)
— Khloé (@khloekardashian) February 16, 2015

@khloekardashian I'll be that lil whore to support my family like ur older sister is a whore 2 support hers. We're even 💋 #MuvaGivesFacts
— Amber Rose (@DaRealAmberRose) February 16, 2015

Anyone remember "Pretty Girls"? That whatever single that Iggy and Britney released earlier this year? Well after the song flopped monumentally, Iggy decided to pettily deflect all personal responsibility for the failure by responding to a fan on Twitter that she was only "featured" -- the implication being that it was basically BritBrit's fault, following up later with a crude "I don't have to suck the womans asshole 24/7 to be her friend, do i?". Wow.

Thankfully Queen Britney wouldn't let that shittiness slide, and she decided to swipe back with a "so thankful I have shows for the rest of the year to look forward to..." aka the best shade you could deal to a middling rapper whose racism and homophobia resulted in an infamous string of tour date cancellations. Yaaaas.

Can't wait to get back to Vegas. So thankful I have shows for the rest of the year to look forward to... #YouWantAPieceOfMe
— Britney Spears (@britneyspears) June 29, 2015

Even better though was when I-G-G-Why got in a fight with a fucking comic news Twitter feed, because girl got some prolific Twitter fingers or just a mad efficient Google Alert system on her name (hi, Iggy!). Anyway, this beef comes courtesy of Superhero Feed who originally tweeted a joke comparing the fails that were the The Last Airbender and, well, her, I guess. Which is pretty mean and all, but then Iggy decided to make an equally nasty joke stereotyping all comic book lovers back -- and as a result, we got this gem of a deletefest that was (thankfully) preserved for future generations in the form of screencaps. Read on and get to know the self-proclaimed "Realest" in her true form.

Further proof that Chrissy Teigen is the Best Friend of Your Dreams/The Baddest Bitch To Have On Your Side, there was that time earlier this year when she took to Twitter to defend her friend Erin Reynolds after actress Katie Cassidy came for her journalistic abilities. Read some of the sick burns for yourself below and try to watch Cassidy fumble that recovery with a lil Hail Mary "God Bless" burn that Chrissy accordingly shits all over.

@MzKatieCassidy JOB [noun] : the work a person does regularly to make money. alt: what @ErinAndrews has. 2nd alt: What you don't have. Bye!
— christine teigen (@chrissyteigen) January 19, 2015

@MzKatieCassidy own it. I'll take you seriously when you don't simultaneously talk shit and preach the gospel.
— christine teigen (@chrissyteigen) January 19, 2015

And finally, no round-up of this year's celebrity Twitter beefs is complete without mentioning the biggest virtual blow-up of 'em all. You know, the beef that launched a thousand Meek memes, a nearly endless wall-to-wall coverage and a fucking Grammy nom? The beef so prolific and so prominent that even my mom heard about it? After all, Drake v. Meek Mill is one for the Internet archives -- that little ghostwriting accusation that basically turned into the best online popcorn-throwing forum of 2015.

Y'all get this bonus beef, only because it's funny to see how salty Adams gets over a seasoned critic's, uh, off-the-cuff criticism of his work. Not everyone's gonna want to listen to a jokey dad-rock cover of a pretty mediocre album, you know? Especially since your version already got more critical shine than the original. Granted, "blowhard gas bag" is what I'm naming every fuccboi in my phone from now on.