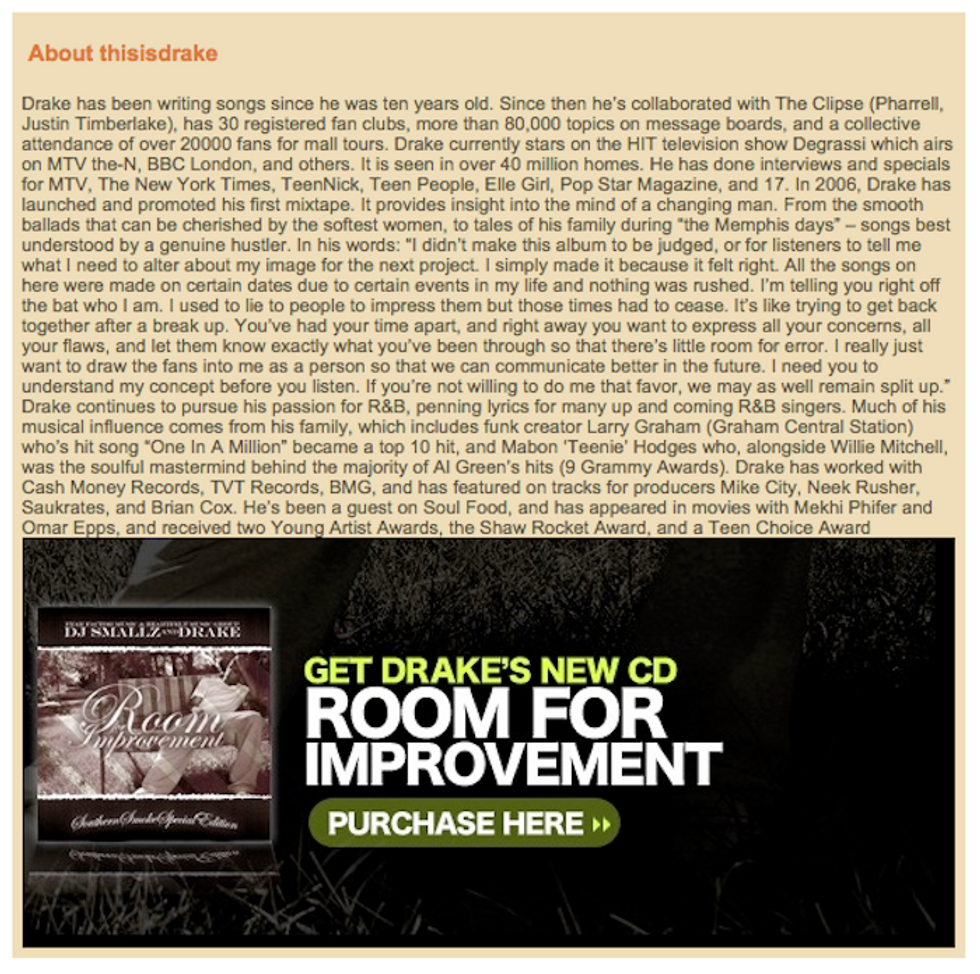 The Ballad of Drake and Weezy: Now With Vintage Myspace Pics

By Sandra Song
PAPERMAG
A new creation myth about Drake has surfaced via an interview by the Fader with Rap-a-Lot label heir/artist promoter Jas Prince, aka the dude who's trying to sue Cash Money for serving them the monstrously-successful Drake on a silver platter.
There are many interesting tidbits in the feature, including the fact that everyone thought Drake was the worst at first. Jas said he slid into Drake's DMs after discovering him during a cursory search on Myspace for unsigned artists, which led to a pass from his father (legendary Rap-a-Lot founder J. Prince), as well as friend Lil Wayne, who didn't want him for Cash Money. And apparently he disliked it so much, he said, "Jas, don't ever play this for me again. He sucks!" Wanye eventually came around, though, when Jas played him more Drizzy songs on a drive through Houston -- which led to Drake flying down to Texas, where Wayne proceeded to...ignore him the entire time like a 13 year old boy at a school dance. An action that Jas chalked up to him being "timid because Drake was so dope, he was competition." Damn.
Bonus: There are also screenshots of Drake's poop-colored Myspace page from back in the day. Does it surprise you that in 2006, Drake already had "30 registered fan clubs, more than 80,000 topics on message boards and a collective attendance of over 20000 fans for mall tours"? Does this mean there's possibly footage of Drake crying in a Chattanooga Hot Topic floating around the Internet? Only time will tell...
h/t The Fader
From Your Site Articles