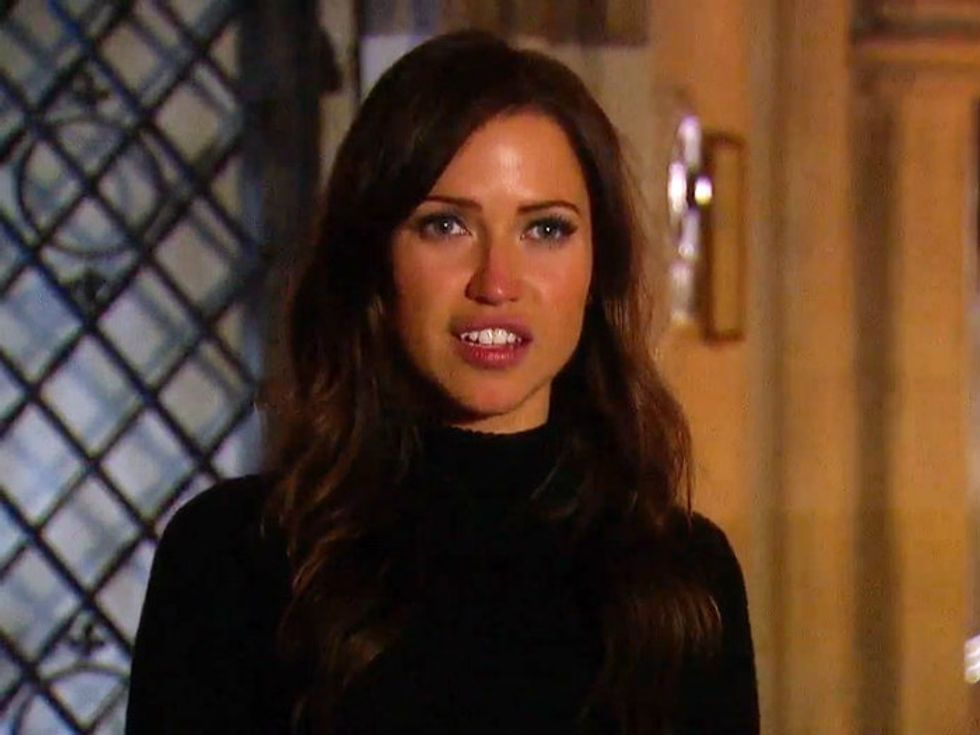 The Bachelorette Episode 9: And You Shall Know Her by the Trail of Her Shame

by Emily Warman
PAPERMAG
Imagine my utter lack of surprise when the preamble for this episode taunted (insulted? lured?) us with "the confession you've all been waiting for." Yes, a confession! I guess "the moment you've all been waiting for" falls a little flat when you can shame and tease simultaneously. This will be the episode when Kaitlyn tells Shawn she slept with Nick, which we're clearly supposed to conflate with bad behavior, guilt, and shame. Guess what? I do not accept that rose, and neither should anyone else. But, onward and backwards!

We open with Kaitlyn and Ben H.'s one-on-one date, and let's just lay it out there: Ben H. will be going home after these ridiculous, forced, forced fantasy suites and then he will be the next Bachelor. Yes, I have heard rumblings of Josh Murray, the mouthbreather who speaks in SportsCenter sound bites being the one, but I think Ben H. has it. Let's consider: He's handsome, is reasonably articulate (he kind of sounds like he's always giving a toast, but that's better than barely being able to form a compound sentence-- shout out to you, Chris Soules) and made the tactical move of telling Kaitlyn he's afraid no one will ever love him. Classic Bach!

During their date, Kaitlyn is clearly exhausted and frayed. They're somehow still in Killarney, which doesn't exactly have the luck of the Irish (sorry, I'm weak) when it comes to, oh, anything good happening so far. Their date is pretty boring until Kaitlyn tells him "I could be and I am falling in love with you," which is fairly contradictory and a bit of a strange move. Do we think she wants a takeback when Ben H. tells her that his ideal Fantasy Suite evening involves just... talking? "The stigma behind overnights is that you have to be physical, but to me that's not purpose... I want to talk all night." And then Kaitlyn asks him if he's a virgin, which I loved. Listen, Kaitlyn is clearly a sexual person -- AKA the most fun kind of person, so this made me LOL. (For the record, Ben H. is not a virgin but this chaste routine will play well after this sexy-uncomfortable season and Bachelor in Paradise.)