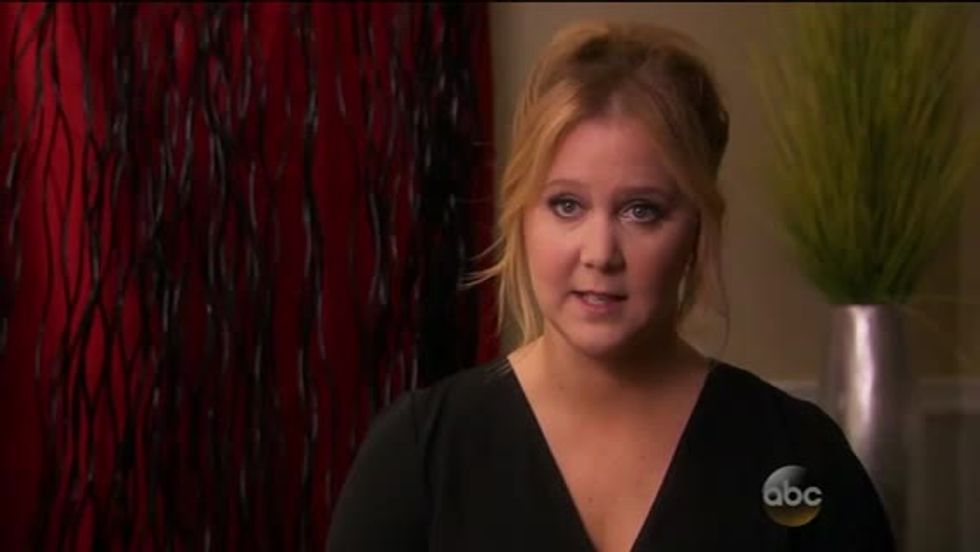 by Emily Warman
PAPERMAG
Hello! I hope this recap finds you discussing hookups over spa water, just like Chris Harrison and Kaitlyn. "If I'm feeling it I'm going to go for it," she tells Harrison at the beginning of the episode, which is clearly foreshadowing all of the confirmed coitus we've been promised. The fact that this season seems to be one big lead up to a single woman sleeping with and subsequently being shamed by the guys she's dating is a good troll, however. Point to you, ABC.

Back at the mansion, the grown men are all super-excited to be sharing bunk beds. We immediately identify all the traitors who chose Britt (Jonathan, Kupah, Tony) and speak of the angel! Cut to Britt looking Pac Sun-d out on the phone with her mother. She is very, very understandably upset, and it's pretty cruel that they chauffeured her away without letting her say goodbye to anyone. Hark, what's that? A knock at the door in the form of Brady, Britt's own personal knight in shining amour. These two seem a couple episodes away from sharing their hopes and dreams with one another in minute-long segments every other episode, so good luck to them.

They always make the men physically compete with one another on group dates, and this time they're just straight-up punching one another in the face on a group boxing match with Laila Ali. What's the worst that could happen?! Daniel has a look of wild terror in his eyes, as if he just realized what he's doing with his life. Naturally, he fights the most muscular guy (Ben Z.) first and when he loses self-deprecatingly spits out some pretty depressing gender stereotypes in a monotone ("What's in those gloves, teacups?") so I don't really know what's up with Daniel. In a David vs. Goliath match Jared takes on Ben Z., who outweighs him by 55 pounds and gives him a hospital visit after hitting him in the head.