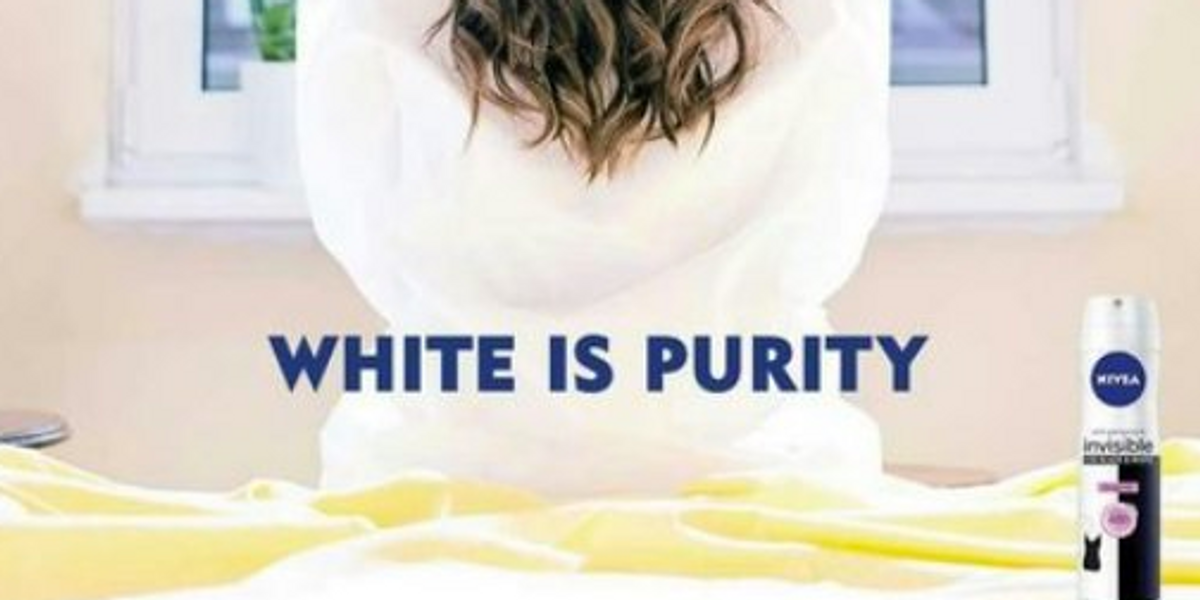 The Alt-Right is Loving Nivea's "White is Purity" Ad

It's remarkable that brands are still making these kinds of mistakes and yet, here we are. Nivea, masters of minimalist advertising, obviously thought they were onto another winner with their Middle-East targeted deodorant campaign which declares white to be synonymous with "purity." As I'm sure you can imagine, every 4chan user who voted for the two year-old butter chicken left in the sun that is somehow running the country had a fucking field day.

The German company posted an ad on Facebook featuring a women with long dark hair wrapped in a white towel with the words, "Keep it clean, keep bright. Don't let anything ruin it, #Invisible." While the beauty brand were quick to delete it, they weren't quite fast enough to avoid earning the public allegiance of any white supremacist with a computer.

In a marvelous wee 4Chan thread, users wrote, "Prove Nivea wrong, you can't" and "I need to buy." The ad has now been pulled.

This isn't the first time the company has dived headfirst into hot water, in an Esquire spread Nivea encouraged readers to "recivilize" themselves, with the image of a well-groomed black man throwing away the head of an afro-haired man. They later apologized, telling Adweek they represent "diversity, tolerance and equal opportunity.

Surely it shouldn't be this hard.