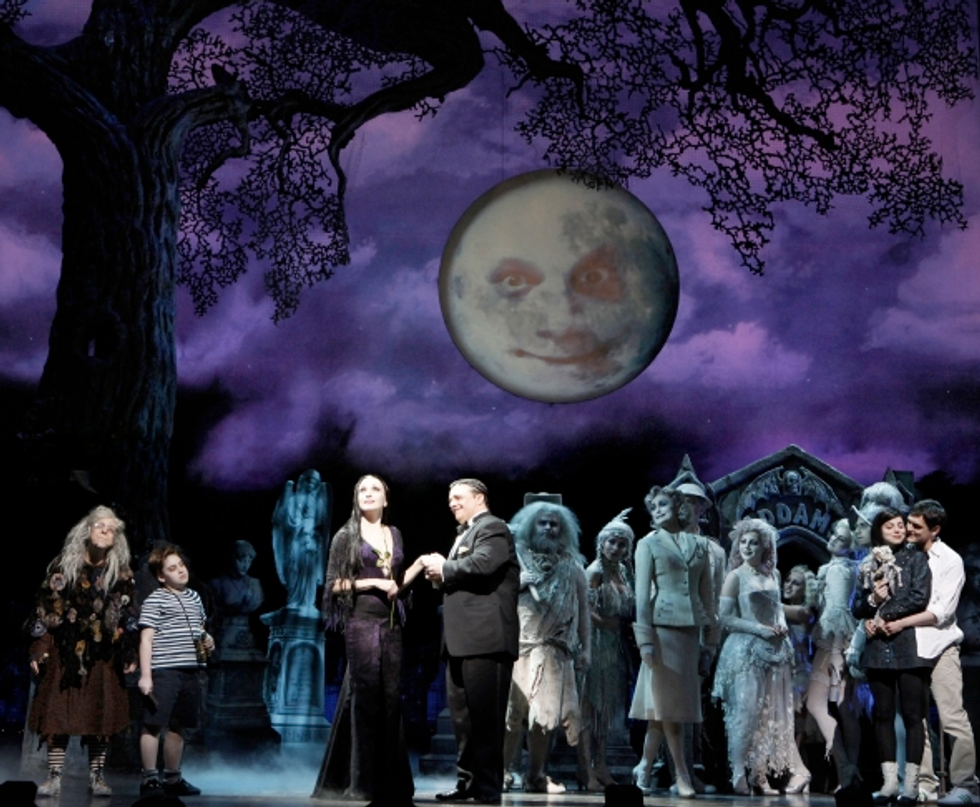 They're creepy and they're kooky, mysterious and spooky... and about to open on Broadway! The blockbuster of the 2010 Broadway season opens tonight at the Lunt-Fontanne Theater. Although I'm a big fan of the two stars, Nathan Lane and Bebe Neuwirth, I'm most excited for Wesley Taylor one of Paper's 2010 Beautiful People who plays Wednesday's love interest Lucas Beineke, and Paper's favorite puppeteer Basil Twist who is making his Broadway debut as the show's puppet designer. Here's a fun fact: Footage of Basil making large tentacles for... well you'll have to see the show, were filmed as part of Arias with a Twist, a documentary about his collaboration with performance artist Joey Arias that will premiere at the Tribeca Film Festival at the end of this month.

As they say in the biz, "Break a leg," tonight Basil and Wesley! Here is a photo from the show. Wesley is all the way to the right with his arms around Krysta Rodriguez who plays Wednesday Addams. 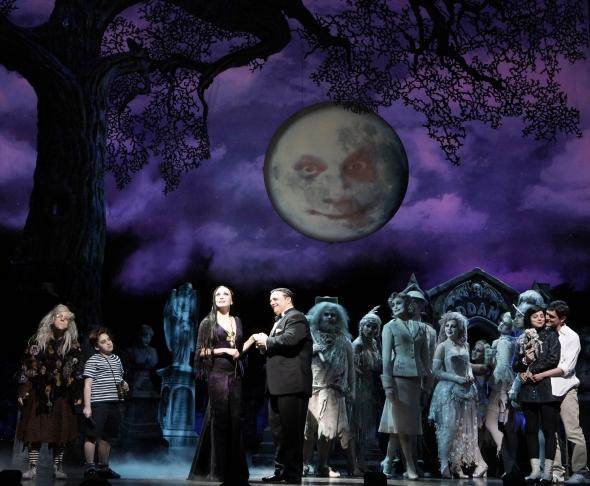 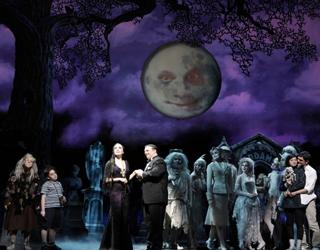 "His Mind Was So Open:" Joey Arias On Performing With David Bowie and Klaus Nomi On SNL

Joey Arias' Eight Most Insane Moments From Working at Fiorucci