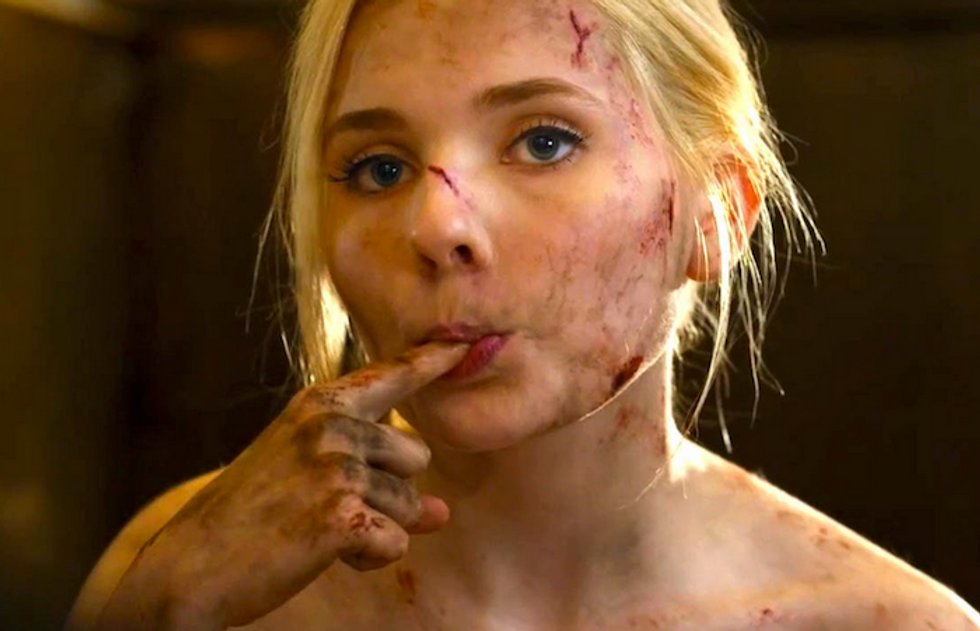 The 6 Must-See Films In August

by Dennis Dermody
PAPERMAG
From a killer cop thriller to a documentary to a charming grandmother-granddaughter road movie, here's the six films you should see in August.

Cop Car
A lean, mean, unbearably tense thriller by Jon Watts set in Colorado Springs about two rebellious young kids (Hays Wellford & James Freedson-Jackson) who find a police car in the woods with the keys in the ignition and take off for a joy ride. What they don't know is that the owner of the car is a psychotic killer cop (played with wonderful ferocity by Kevin Bacon). And this lawman relentlessly keeps coming for them, leaving a trail of bodies behind. The kids are terrific and so is Camryn Manheim & Shea Whigham in supporting roles. Watts made an earlier film never released here called Clown that was bizarre and wonderfully original, but this full-throttled neo-noir leaves it in the dust.

The Diary Of A Teenage Girl
A remarkable film directed with poetic sensitivity by Marielle Heller about the musings of a 15-year-old girl Minnie (Bel Powley) discovering her sexuality with her mother's (Kristen Wiig) boyfriend (Alexander Skarsgard). Set in San Francisco in the early '70s with Patty Hearst in the news and Iggy Pop on the turntable, the film swims in the free love and druggy culture and the impact on Minnie as she records her thoughts into a tape recorder. Minnie's mother says it best commenting on her burgeoning sexuality: "You have a kind of power -- you don't know it yet..." The director's choice of using animation interlaced throughout is inspired, especially reflecting Minnie's dreams of being a cartoonist. Bel Powley, a ringer for Vermeer's Girl With A Pearl Earring, is just sensational. And why isn't Kristen Wiig in every movie? She's just a wonder.

Final Girl
A sardonically smart, stylized, suspense film by Tyler Shields about Veronica (Abigail Breslin), an orphaned girl raised and trained to be a vengeful warrior by a mysterious stranger (played by a smoking hot Wes Bentley). Her new target? A group of well-heeled young men, led by their alpha dog psycho leader (Alexander Ludwig), who hunt down women in the woods for sport. When they try to track Veronica through the forest at night their tables are turned in a satisfyingly gruesome fashion. The look of the film is wittily specific, and so is the costuming -- men in formalwear, women in '60s debutante attire. Not only is it a kick seeing these creeps get theirs, Veronica has added a special bit of justice. These predators need to feel the fear of their victims before they die. Faster, Pussycat, Kill, Kill!

Grandma
Lily Tomlin is just sublime as the cantankerous poet Elle Reid, just breaking up with her girlfriend of four months only to have her granddaughter Sage (Julia Garner) appear at her door needing money for an abortion. Having just cut up her credit cards, Elle and Sage head out on a road trip in a broken down car trying to hunt down the cash, and navigating some thornier people from Elle's colorful past, in this touching and bittersweet comedy by Paul Weitz (About A Boy). Tomlin plays this character with acerbic glee and great tenderness, and Julia Garner is just lovely in this funny, offbeat film.

Tom At The Farm
A nerve-wracking slow-burn psychological thriller by the wildly talented Canadian director Xavier Dolan made in 2013 before his magnificent Mommy but finally released in the States. Xavier Dolan plays Tom, grieving over the death of his lover who travels far into the country to meet his boyfriend's family. At a remote farm he discovers the mother Agathe (Lise Roy) had no idea her son was gay or had a lover and the scary brother Francis (Pierre-Yves Cardinal) threatens Tom to keep this aspect of their lives together to himself. The longer Tom stays, the brother's abuse -- physically and psychically -- overwhelms him until he finds he fearfully cannot leave the farm. The film unfolds with chilly Claude Chabrol-like style and resonates with claustrophobic unease.

Call Me Lucky
Bobcat Goldthwait's poignant documentary of an influential and fascinating comedian, Barry Crimmins. A hulking figure on stage, smoking and railing on politics and against the Catholic Church, his comedy was fueled by rage. But he was a mentor to many comedians when he organized a comedy club in Boston in the 80s...many who admired and slightly feared him. But one night his routine revealed the horrific sexual abuse he suffered as a child, which became newsworthy and a shock to those who knew and loved him. He delighted into laying into hecklers with withering contempt. Here we see him lay waste to an AOL official at a Senate hearing on child pornography that he spearheaded. Goldthwait's film is slightly repetitive, but so what... his subject is a pretty great guy and deserving of this tribute.
You May Also Like
Famous People