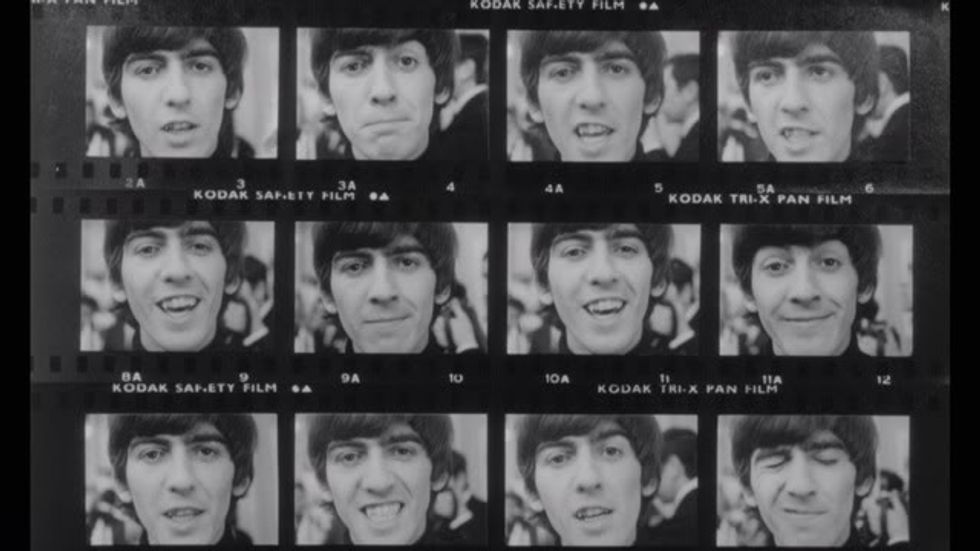 The 50 Hottest People of All Time

by Paper
PAPERMAG
It's Valentine's Day, which makes people think of sex. Here are the 50 hottest people that everyone in the world should want to do it with. Case closed. No exceptions.


50. Cleopatra
If Elizabeth Taylor at her peak plays you in the movie, you know you're hot shit.

47. Drake
Drake is like the hot-but-obnoxious older brother of your friend who you have a crush on, but who you know is also the worst. Still, you're always suggesting that you and your friend go out in the living room and just see what he's up to because, oh my god, he's soooo dumb.

45. Anton Chekhov
In this portrait he totally looks like some douchey guy that we would bang and then regret. Hot.


44. John Abraham, Bollywood Star
This Bollywood superstar can't seem to keep his shirt (and sometimes his pants) on in his movies. And we're not complaining.

43. Antonio Banderas
Will go down in history for nailing that sweet spot between puppy-dog cuteness and raw, savage manliness. Even straight boys got to shout.

40. Raquel Welch
As a cave woman or a glamour goddess, Welch's sex appeal is off the charts.

39. Brad Pitt in Thelma & Louise
He can steal our money anytime.

38. Grace Jones
Those cheekbones, that hair, that body. Grace Jones is a work of hot art.

37. Che Guevara
The thing about Marxists is that dating one is terrible, but on the physical hotness scale Che is a 10.

36. Maharani Gayatri Devi, Princess/Politician
If we could go back in time and be reincarnated as someone else -- this stunning Indian princess-turned-politician might be it.

33. Peter O'Toole
A range that stretches from Lawrence of Arabia to What's New, Pussycat? and a name that puts Rocky Balboner to shame.

32. Michelle Yeoh
Whether in Crouching Tiger, Hidden Dragon or as a Bond girl, Yeoh brought a soulfulness to her merciless ass-kicking force.

31. James Dean
Angst and sex, sex and angst.  And holy shit why aren't there more pictures of him wearing glasses?

30. SofÃ­a Vergara
What can be said about this woman's inclusion in our list except...Duh.

29. Absalom, Biblical Figure
At the time, King David's son was considered the most handsome man in Israel but he was also a complete shithead. Â¯\_(ã��)_/Â¯

28. Jane Fonda
You could have hung her entire legacy on her performance (and hair) in Klute, but Jane Fonda has remained a bastion of smart, tough superstardom for over 50 years.

27. Joe Manganiello
When it comes to muscles there really has never been a bigger hunk of churning funk than Joe M!

25. Henry Cavill
Yeah, you may know him as Superman but if you want to truly understand the ungodly hotness of Henry Cavill, just watch Showtime's old series, The Tudors. Trust. us.

22. Frida Kahlo
A defiant, unconventional beauty (in her own words, a "fucking wonder") lightyears before her time.

21. Mick Jagger
You just want to punch his stupid face, it's so perfect.

20. Catherine Deneuve
There are way too many corny French wine/cheese jokes to make here but suffice to say, Ms. Deneuve only gets better with age.

19. Benedict Cumberbatch
Look at this sleek, uncannily beautiful specimen. This is what we will all look like in a millennium or two, if we don't snuff ourselves out first.

18. Sharon Tate
A moment of silence for these cheek bones.

16. Julie Christie
The only woman who ever left Warren Beatty. Now that's hot.

15. David Bowie
Boys in makeup speak to us on such a deep level of sexiness.

14. Kerry Washington
Her face is achingly, perfectly symmetrical and we just want to scream and fall down every time she does that annoying mouth quiver shit on Scandal. It still gets us.

13. Young George Harrison
He looked like a mod little wolf. So cute. He is the hottest Beatle and you are straight trippin' if you disagree.

12. Lisa Bonet
The former Cosby Show actress has always been the badass black sheep of the fictional family, both on-screen and IRL. With a hoop nose ring and crazy style that would later launch a thousand Tumblrs, she was the also coolest/hottest. Not to mention, she was all about that IDGAF no bra/pit hair life. Let's face it, Lisa Bonet was the original bad gal.

11. Usher
Usher will definitely go down as one of the hottest performers of all time because every R&B dude who can slightly dance is only a mere imitation of him. We've also heard that his butt is great. Respect.

10. PJ Harvey
Who knew that howling existential and political angst could be this heart-stoppingly sexy?

9. Faye Dunaway
With nearly alien bone-structure that gives her face a beautiful, feline shape, we just cannot when it comes to Faye Dunaway. So insanely gorgeous..

7. Harrison Ford
His deltoids alone qualify him for this list, and his white-hot fusion of goofiness and inner pain seal the deal.

6. Kim Kardashian
Kim Kardashian is a cartoon princess. She is hyper-feminine, has tits and an ass, and doesn't really give a fuck what you think about her. Do you even butt?

5. Buster Keaton
Those eyes. That puppy in his pocket. He was the ultimate pin-up boy for "scrappy-hot.".


4. Madonna
Madonna is a pop myth made real who deserves to be worshipped every day of our miserable lives. She is a living dream. She is THE dream. Italians do it better

3. JFK Jr.
He is hot New England Americana personified and had the unique ability to make rollerblading look incredibly sexy.

2. Helen of Troy
How many ships has your face launched?

1. Idris Elba
The definition of a "hottie with a body." Period.
You May Also Like
Music