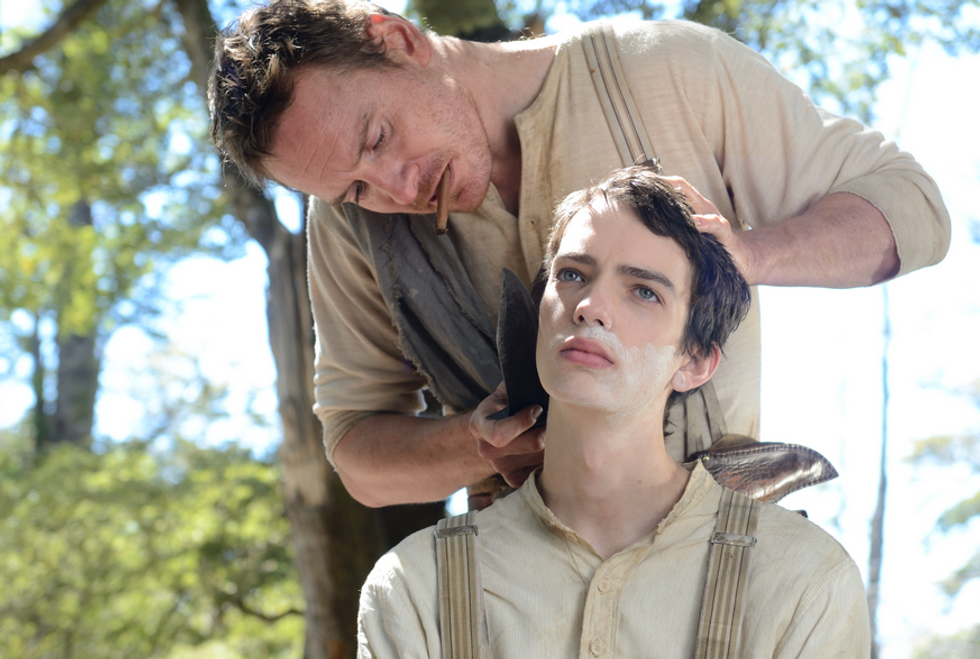 The 5 Must-See Movies In May

by Dennis Dermody
PAPERMAG
From a biopic about the life of a fashion legend to a throwback old Western, here are the top 5 movies you should watch this month.

Saint Laurent
An artful, prismatic, take on the life of fashion designer Yves Saint Laurent (played with beautiful intensity by Gaspard Ulliel) who revolutionized women's fashion. If you're looking for a linear biopic, forget it, however. The movie, directed with great style by Bertrand Bonello, is a fractured narrative spending a lot of time during the swinging '70s. That's when Yves and his two fashion muses Betty Catroux (Aymeline Valade) and Loulou de la Falaise (Lea Seydoux) drank and drugged and clubbed, and his devoted partner Pierre BergÃ© (Jeremie Renier) put up with his hedonistic relationship with Jacques de Bascher (Louis Garrel) who took him on a walk on the wild side. Garrel plays this decadent dandy for all it's worth. But the movie also captures the art of creation -- a segment on his innovative and acclaimed 1976 show is thrillingly documented. The great Helmet Berger plays Saint Laurent in his elder years. I had worries at the onset that this approach might be a disservice. But its elegant, repetitive, languorous quality of storytelling in the end was profoundly moving.

The D Train
Jack Black stars as dweebish Dan Landsman, husband, father and self-appointed committee chairman for his high school's 20th reunion. When he sees a former classmate Oliver Lawless (James Marsden) on a late night TV commercial he becomes inspired that coercing such a "star" to the reunion will make him Mr. Cool. He wrangles a ticket to L.A. under false pretenses from his boss (Jeffrey Tambor) and he and Oliver spend a wild drug and drink filled few days out on the town, which ends unexpectedly. And I do mean unexpectedly. Which only makes things more uncomfortable and confusing when Oliver returns to town for the reunion. James Marsden, looking intensely groovy, exudes the desperation and defeat of the pathetic loser he really is and it's not surprising that Dan's hero-worship revitalizes him. Director Jarrad Paul and Andrew Mogel guide this dark comedy of humiliation and transcendence with a certain amount of cringe-making charm.

Slow West
Kodi Smit-McPhee plays Jay, a 16-year-old Scottish stargazer and dreamer, traveling alone on horse through ye olde American frontier searching for his love Rose (Caren Pistorius). Luckily he meets a seasoned ex-bounty hunter Silas (Michael Fassbender) who agrees to accompany the innocent Jay across the dangerous terrain where they run into an oddball assortment of lawless characters. Unfortunately there's a bounty on Rose's head and groups of killers are following Jay hoping he will lead them to her. Director John Maclean's film is made with wonderful economy and wry dark humor, and visually looks great. A real treat.

Gerontophilia
Ever the provocateur, director Bruce LaBruce's film concerns 18-year-old pretty boy Lake (Pier-Gabriel Lajoie) who has an unhealthy attraction to geezers and gets a job working in a retirement home. As you might have guessed, he falls for one of the residents -- 81-year-old Mr. Peabody (Walter Bordon). No it's not "Harold & Paul," but a gentle, weirdly affecting, romance between these mix-matched men. And very funny, too. Less aggressively transgressive than LaBruce's last few films and maybe not on par with his brilliant Hustler White, but who cares. It's just great to still have Bruce LaBruce's witty, devilishly sardonic, take on gay culture.

The Connection
An absorbing, pulse-pounding thriller "inspired" by the French Connection crime scheme that funneled drugs through Marseille to America in the 1970s. This is the European side of the story made famous by the William Friedkin film. Handsome Jean Dujardin stars as Magistrate Of Organized Crime trying to put away the untouchable head drug kingpin Gaetan Zampa (Gilles Lellouche) who is at the center of the savvy smuggling operation. But every bust leads to another dead end and his obsession with bringing down this web of corrupt cops, officials, and dealers puts a heavy strain on his married life. Crisply directed by Cedric Jimenez the two leads are well matched for their deadly face off.