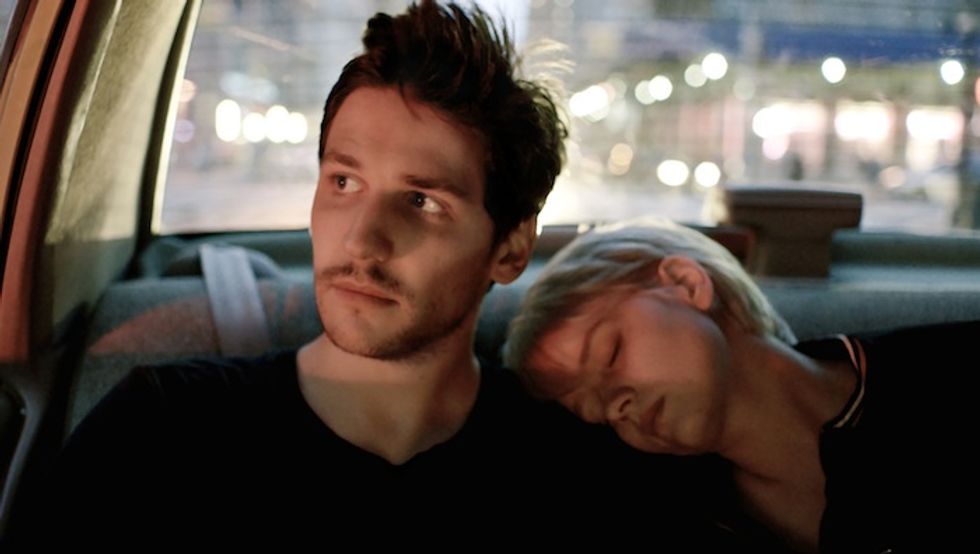 The 5 Foreign Films You Need to See This Summer

by Shelley Farmer
PAPERMAG
Summer can be a tough season for cinephiles buy for filmgoers who want something more substantial than foul-mouthed bears and rampaging dinos, here are 5 essential foreign movies you've got to watch -- many of which you'll find playing in NYC.

Princess of France (Argentina)
In his third film inspired by Shakespeare's comedies, Argentine director MatÃ­as PiÃ±eiro offers a stylish meditation on art, performance, and love. This story of a group of Buenos Aires actors preparing a radio production of Love's Labour's Lost is less invested in character and plot than the intricate social dance of the characters, and the graceful camerawork that captures it all. With echoes of Rivette, this exquisite gem of a film uses music, theater, literature, and painting to celebrate the unique sensual pleasures of cinema.

Eden (France)
French director Mia Hansen-Love's film follows Paul (FÃ©lix de Givry), a DJ based in part on her brother and co-screenwriter Sven Hasen-Love, through two decades in the French electronic dance music scene. Tracing Paul's career from the excitement of the hedonistic '90s to his later struggles, the film depicts the challenges and the melancholy of the artist's life in Hansen-Love's signature subtle, perceptive style. Look out for Greta Gerwig as one of Paul's girlfriends.
Now playing at IFC Center

Mala Mala (Puerto Rico)
Hot on the heels of Transparent, the popularity of Laverne Cox, media coverage of Caitlyn Jenner's transition, and the Sundance hit Tangerine, Dan Sickles and Antonio Santini's Mala Mala further enriches the cultural conversation about the lived experiences of transgender people. The documentary dives into Puerto Rican trans culture, and follows an eclectic cast of characters, including business owners, activists, and sex workers, resulting in a compelling reflection on community and personal identity.

The Tribe (Ukraine)
Preceded by reports of brutality so intense that audience members have fainted during screenings, Myroslav Slaboshpytskiy's wordless The Tribe immerses viewers in the world of an Ukrainian school for the deaf, following new student Sergey (Grigoriy Fesenko) as he navigates the school's gang-dominated social system. With a cast of non-professional teen actors, this audacious feature debut is not merely an assault on audiences' nerves, but a bold example of purely cinematic visual storytelling.
Now playing at Cinema Village

Horse Money (Portugal)
In Horse Money, master filmmaker Pedro Costa continues his twenty-year cinematic exploration of the Lisbon slum Fontainhas. While shorter than Costa's previous film, the critically lauded Colossal Youth, Horse Money remains defiantly anti-commercial, with non-professional actors, no conventional screenplay, shadowy cinematography, and a dream-like style. Though Costa works with a small budget and crew, his intellectually and aesthetically challenging works have established him as one of the towering figures of contemporary cinema.
Opens July 24 at The Film Society of Lincoln Center