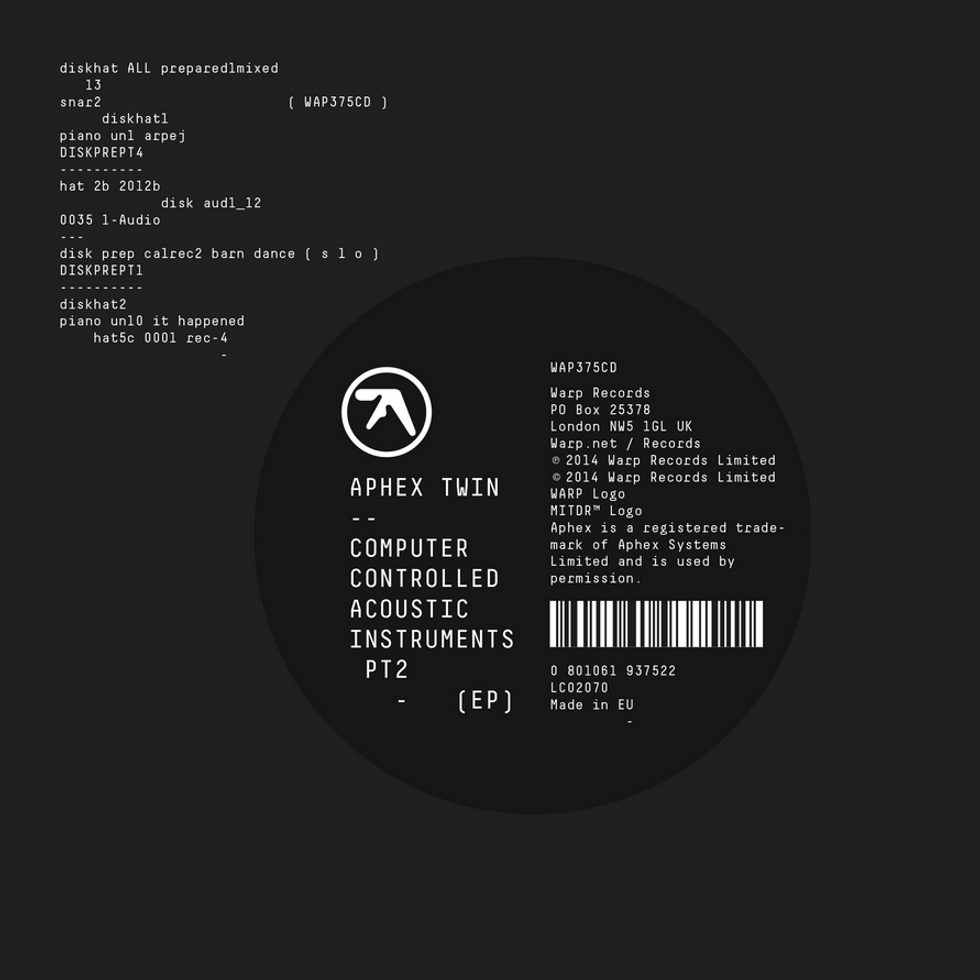 February has been a super weird month for music: Dancing sharks, controversial guacamole recipes, you name it. But as far as stuff you can actually collect on your hard drive, things felt a little less... varied. That is, of course, wholly dependent upon how high your machismo threshold is. Dick-swinging surprise releases, idiosyncratic lovermen and dudes (and Dudes!) in general seemed to dominate a good chunk of the conversation. And that's not even considering that Yeezy season is approaching. But some of it was with very good reason, as evidenced here in this month's music roundup.

Father John Misty -- I Love You, Honeybear
Josh Tillman has lived many lives, from Christian college dropout to unnoticed troubadour to drummer for indie powerhouse Fleet Foxes to, finally, Father John Misty, a mischievous zealot more known for his onstage sexpotting and and offstage crackpotting than the guy who made 2012's Fear Fun. That is until I Love You, Honeybear, Tillman's second Misty effort, a deeply romantic, poignantly funny, frequently toxic and ultimately humanizing album that ranks as one of the most transfixing listens in recent memory. Tillman is a wonderful but complicated storyteller, spinning yarns that are problematically combative ("The Night Josh Tillman Came to Our Apartment," in which Tillman spurns a psuedo-intellectual lover), unique in perspective ("Nothing Good Ever Happens at the Goddamn Thirsty Crow," a rumination on the difficulties of remaining faithful on the road), and nose-thumbingly audacious (single "Bored in the USA," which comes complete with a canned laughing track; the beautifully sarcastic "Holy Shit"). Inside each and every one of these songs can you hear the voice of a man so clearly in love. As with the lovely closing track, which recounts the past and imagines the future with his new bride, it's the softest moments that hit the hardest.

Drake -- If You're Reading This It's Too Late
While the surprise album is no longer a novel concept, it still is an exciting one. Appearing on iTunes the day before Valentine's, Drake's 17-track for-pay mixtape If You're Reading This It's Too Late came out of the clear blue, inspiring fans to open up their wallets and take to Twitter for excitable midnight live-Tweet sessions. Though technically not an album (that distinction belongs to his upcoming Views From the 6), it still moved like one, selling over half a million units and debuting at number one. But despite looming arguments over what Too Late actually "is," the fact that Drake himself treated the project like a mixtape is what really makes it tick. It simultaneously seems to function as an airing of grievances (many see it as a bid to get out of his Cash Money contract amidst the label's current dramas), and a creative cracking of the knuckles that's as sonically ambitious as it is quotable. It's also a reinstatement of dominance, which is more than a little funny considering Drake's current standings atop the rap heap. Initially, many misheard the lyric "Runnin' through the six with my woes" on "Know Yourself" as "Runnin' through the six with my wolves." It's an ironic little mondegreen, because more than anything else, Too Late is the sound of Drake ferociously marking his territory everywhere he goes. To drive the point home, he closed out the month by having every single track from Too Late make the Hot R&B/Hip-Hop Songs chart, breaking a record previously held by, yep, Drake.

Jeff Bridges -- Sleeping Tapes
In which an Academy Award winner casually chats with children about flying in dreams, surprises you with a hang-glider ride at the end of a metaphysical hike, and envisions himself cremated in a satellite passing over an IKEA. Jeff Bridges' Sleeping Tapes is likely one of the strangest things you'll hear all month, but also one of the most strangely rewarding. Part ambient sleep aid, part free-associative spoken word album and a nice accompaniment to a lukewarm cup of mushroom tea, the project finds the actor teaming with True Detective composer Keefus Ciancia (and Squarespace, who are helping offer up the album as a pay-what-you-can benefiting No Kid Hungry) in an effort to make the world a little less weary. Though Sleeping Tapes is more about little moments than the big picture -- from Bridges' transfixing humming techniques ("Hummmmmm") to his musings on the benefits of late-night bathroom trips ("A Glass of Water") -- the charm lies in the lack of cohesion. And at the end, you get to hear him take a pee.

Title Fight -- Hyperview
Sometimes the most exciting things come from unassuming places. In the case of melodic punk band Title Fight, that place is Northeastern Pennsylvania. Hailing from the working class town of Kingston, the foursome has long been on the Alternative Press set's radar, but have finally come into their own on their third record, Hyperview, one of the most excellent straight-up rock records of the new year. Like a lot of the best guitar music being made today, it's both instantly familiar and relatable, yet difficult to assign a genre tag to. Combining elements of post-hardcore, shoegaze, pop punk and anthemic indie rock, there's something for everyone -- and sometimes all at once, like on the titanic album centerpiece "Rose of Sharon."

Aphex Twin -- Computer Controlled Acoustic Instruments pt2 EP
Call it The Sound of the Funky Drummer 2.0. As an amendment to September's Syro, Richard D. James' first album under his Aphex Twin moniker in 13 years, Computer Controlled Acoustic Instruments pt2 is a brief but satisfying reminder of just how good the guy is with percussive elements. Here, James unassumingly showcases a myriad of expertly crafted plunks and thrums and keys just ripe to be picked over by Soundcloud hounds for remixing. Speaking of which, if you want to really slip yourself into an Aphex wormhole, the guy's uploaded over a hundred tracks to his "secret" Soundcloud page this past month alone.


Fifth Harmony -- "Sledgehammer"
As pop's current reigning girl group, Fifth Harmony had a real opportunity to knock it out of the park with Reflection, the former X Factor contestants' debut studio album that was released earlier in the month. To say they fell short would be generous, in that the try-hard Reflection is relentlessly hokey and derivative (hard to believe that Britney's camp isn't feeling a little bit litigious over that breakdown in "This Is How We Roll"). But then there's "Sledgehammer," the album's second single that was released all the way back in October, entered the Top 40 in early January and was just certified gold around the beginning of this month. Now all but inescapable on radio, its ubiquity makes total sense: Rock solid hook, crazy big drums and, most of all, that sticky little "youretakinoverthebeatofmybodee-ee" part. More like this one next time, please.


Speedy Ortiz -- "Raising the Skate"
Speedy Ortiz is slowly shaping up as one of the better '90s-revival bands, and most of that has to do with chief songwriter and frontwoman Sadie Dupuis. "Raising the Skate" is further proof that the New England four-piece are still a step ahead of their ever-multiplying peers, probably because they write better lyrics and more weirdly compelling, complicated melodies. "I'm not bossy, I'm the boss," Dupuis insists on this first single from their upcoming Foil Deer. Far be it from us to say otherwise.

Hot Chip -- "Huarache Lights"
15 years into their career, Hot Chip are a band that has accomplished so much, yet still feels like they have something to prove. "Huarache Lights," the first single from the English dance mavericks' sixth full-length Why Make Sense?, proves that's good news for us. Subtly paying respect to late, great DJ Rashad, the band has crafted yet another inspiriting but expectedly melancholy single that ranks among their best. Love those little "hey-ah!"s.