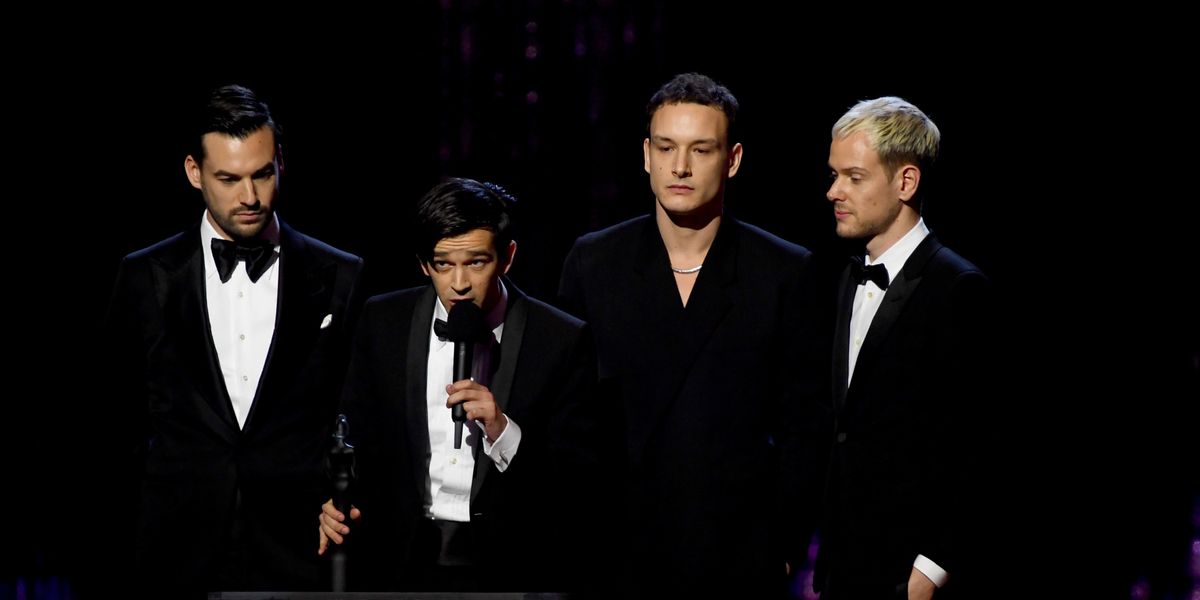 Watch The 1975 Call Out Misogyny In Music

The 1975 have triumphed over the past two years, garnering critical acclaim for their third album A Brief Inquiry Into Online Relationships, and even nabbing the number one spot on Pitchfork's influential "Best Songs of 2018" list. At the Brits last night they unsurprisingly scooped up their second Best British Group award, and when accepting it chose to use the huge platform for good, not evil (evil: long meandering speech about achieved childhood dreams). Referencing recent allegations against Ryan Adams spotlighted by the New York Times, lead singer Matty Healy took the opportunity to talk misogyny in music.

Healy didn't waste time talking about his band's past year or thanking friends and family. Instead he simply walked on stage, read aloud from Laura Snapes' recent Guardian op-ed responding to the Adams allegations (calling them "the tip of the indie music iceberg"), and essentially dropped the mic.

"A friend of ours, Laura Snapes, said this and I think we should all really think about it," Healy told the audience. "She said that in music male misogynist acts are examined for nuance and defended as traits of difficult artists. Whilst women, and those who call them out, are treated as hysterics who don't understand art. Thank you very much."

The 1975 also performed their song "Sincerity Is Scary" at the awards ceremony, which included a couple of other viral moments: The Carters paying tribute to Meghan Markle, and Shawn Mendes thirsting after Lizzo.

Watch The 1975 accept their Best British Group statue at the 2019 Brit Awards, below.