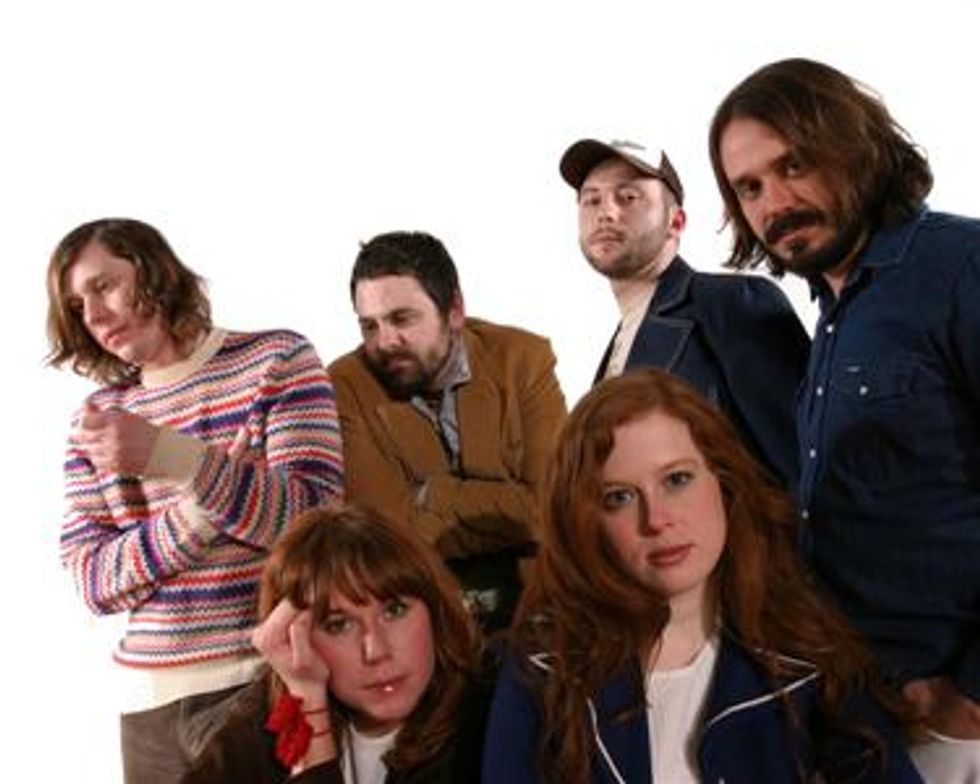 Remember when every other band and its mother seemed to have the word "wolf" in its name? Wolf Parade, Wolf Mother, We Are Wolves, AIDS Wolf, Wolf Eyes, et al? Now it seems like the 20th century (as in the 1900s) are the new wolf! Not only is there the lovely Glasgow-based trio The 1990s, that kids are getting all riled up about, but now people are buzz-buzzing about The 1900s. This Chicago-based, mixed-gender, septet, play a highly appealing brand of psychedelic pop-folk... It's like James Taylor meets MV & EE. And it's awesome.

Listen to a bunch of the songs off their new album Cold & Kind on the band's website.