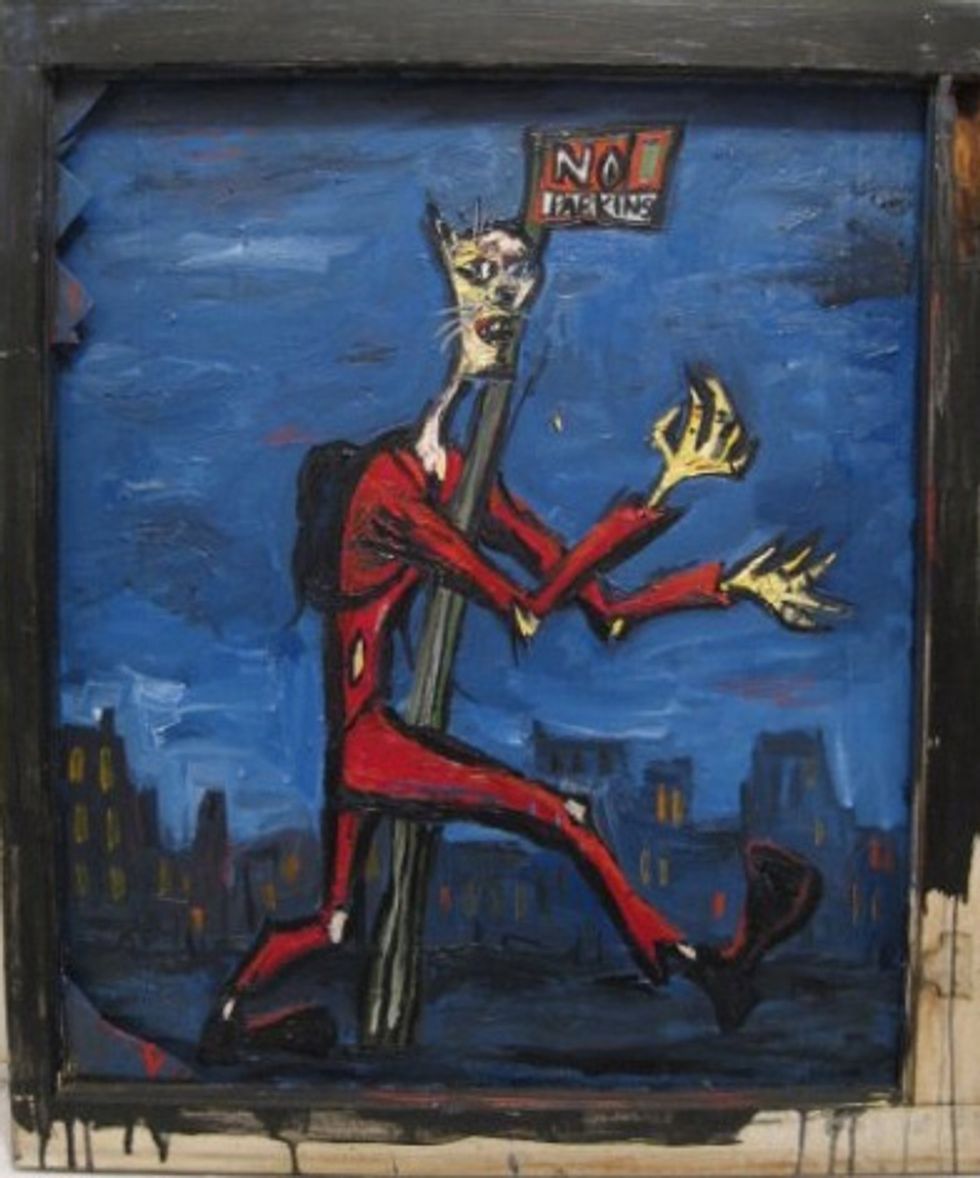 The 18 New Art Shows to See This Week

With the imminent arrival of FRIEZE New York 2015, there will soon be so much to see and do that you'd better get out and see what's opening this week.  And look for our mega-guide to FRIEZE, the satellite fairs, the contemporary art auctions and the gallery openings coming next week.

"Lydia Lunch: So Real It Hurts" opens on May 8, 6 to 8 p.m., at Howl! Happening (6 East 1st Street) and runs thru June 5.  This exhibition of posters, ephemera, photos etc. was organized by the gallery and Some Serious Business, Inc. and there's also an accompanying release of eight, limitied-editiont vinyl records with unreleased performances and a catalogue of essays by writers including PAPER's Carlo McCormick, Thurston Moore, Jerry Stahl and Tanya Pearson.

Rick Prol, Window #7, 1995
More East Village action with the opening on May 7th, 6 to 9 p.m., of "Rick Prol: Under the Stars" at Dorian Grey Gallery (437 East 9th Street).  The show covers a thirty-five year period beginning in the early 80s and includes paintings and works on paper.  On view until June 14.

Yayoi Kusama's "Obliteration Room"
David Zwirner (519 and 525 West 19th Street) opens a show by Yayoi Kusama called "Give Me Love" on Saturday, May 9, 6 to 8 p.m. and up until June 13.  Look for new paintings, as well as the Japanese artist's seminal installation from 2002, "The Obliteration Room" --an all-white room that looks like the interior of a typical suburban house.  Visitors will be given a set of colored sticker "dots" to apply to the surfaces throughout the show.

Feels Like Real Sun Halo, Greyhound to DC #5 by Matthew Jensen
Yancey Richardson (525 West 22nd Street) has a reception on May 7th, 6 to 8 p.m., for Brooklyn-based photographer Mathew Jensen that's up until June 20th.  Look for his series called "The 49 States," incorporating 49 shots taken from Google Street View in 2009, before they had mapped Hawaii; another series documents his weekly travels from NYC to Washington via bus.

Time's Up, Leon Golub
Hauser & Wirth  (32 East 69th Street) opens a five-decade survey of the American painter Leon Golub called "Riot" on May 11th, 6 to 8 p.m.  There's a big selection of paintings and drawings by the Chicago-born artist who passed away here in NYC in 2004.  It's on view until June 20th. Skarstedt (20 East 79th Street) also has a comprehensive exhibition of works by the German artist Georg Baselitz opening the same night. 6 to 8 p.m.

Keith Edmier
On Saturday, May 9th, 6 to 8 p.m., Petzel Gallery (456 West 18th Street) opens "Regeneratrix," a solo show by Keith Edmier. It's the New York-based artist's first large-scale show with the gallery in ten years and is divided into four interconnecting rooms.  On view until June 20th.

Cecily Brown's "The English Garden" opens on May 9th, 6 to 8 p.m., at Maccarone NY (98 Morton Street) and is up until June 20th.  The "intimately scaled" paintings were made between 2005 and 2014 and the show was organized by the novelist and art writer Jim Lewis.  Another show with a Spring vibe, "Wild Flowers," by LA-based artist Sage Vaughn opens on May 6, 6 to 8 p.m., at Blueshift (196 Bowery) and is up until June 21st.

Judith Bernstein, Birth of the Universe/Cuntface
A show of recent paintings and drawings by Judith Bernstein, one of the early members of Guerrilla Girls, opens on May 7th at Mary Boone Gallery (745 Fifth Avenue). The exhibition, "Voyeur," was curated by Piper Marshall and the works "employ an in-your-face approach to painting" and "satirize the expression of male ego."  Marshall also curated a show of new works by Angela Bulloch opening on May 9th at Boone's Chelsea gallery, 541 West 24th Street. Both are on view until June 27.

Last chance to check out "John Giorno: Space Forgets You" at Elizabeth Dee (545 West 20th Street) before it closes on May 9th.  There's also a special performance by Giorno on Friday, May 8th at 6:30.  Don't miss it.  The next show at Dee will be by the Williamsburg artist Julia Wachtel opening on May 16th.

Marianne Boesky and Alison Jacques co-present a solo show by the late Dorothea Tanning at 118 East 64th Street, with an opening reception on Monday, May 11th, 6 to 8 p.m.  "Murmurs" includes paintings, watercolors, drawings, collages and objects from 1960 to 2005.  Up until June 27th.  Boesky also has a show by Jessica Jackson Hutchins called "I Do Choose"  opening on May 9, 6 to 8 p.m., at 509 West 24th Street.

A show of recent photos by Frederic Brenner called "An Archeology of Fear and Desire" opens on Thursday, 6 to 8 p.m. and runs to July 3rd at Howard Greenberg Gallery (41 East 57th Street, Suite 1406).  The photos look at Israel and the West Bank "as place and metaphor" and  were taken for his contribution to a bigger project by 12 photographers called "This Place," which Brenner also initiated.

Clocktower and Pioneer Works (159 Pioneer Street, Red Hook, Brooklyn) host their monthly "Open House" on Sunday, May 10th, from 4 to 10 p.m.  Check out several performances by their artists-in-residence, plus studio visits and live music.  The complete schedule is HERE and HERE.
You May Also Like
Care