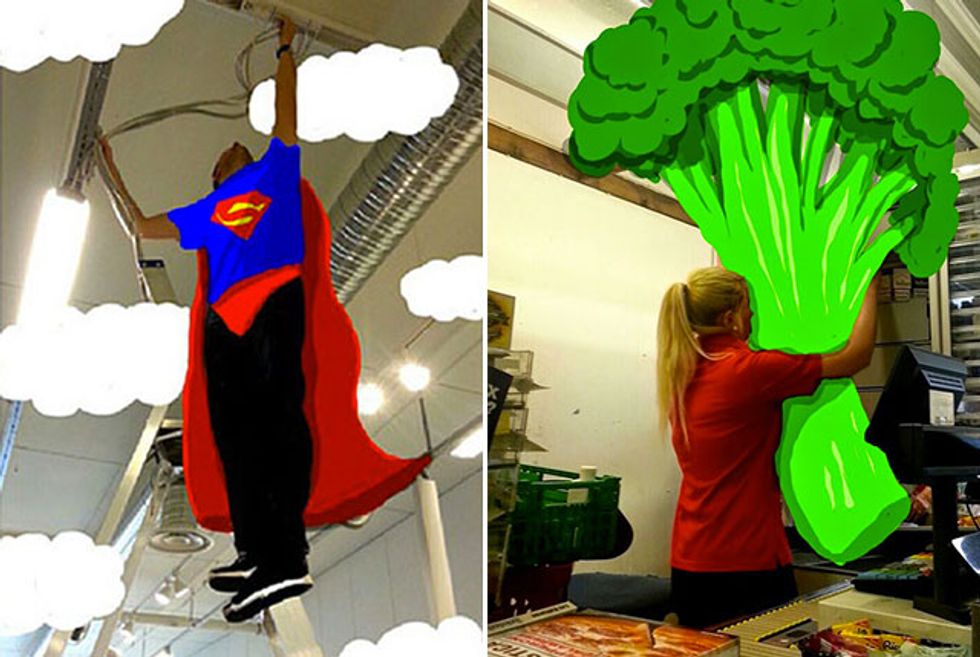 The 12 Best Snapchats to Follow, From Rihanna to Dr. Miami

If you're getting tired of your friends' drunken Snapchats, lackluster geotag locations, and pictures of vape clouds, spice up your feed by following some of our favorite accounts.


Rihanna (@Rihanna)
If you're one of the crazy few who isn't already following RiRi's snaps, you're missing out on her fishing expeditions (and make outs with giant fish), convenience store runs, and photoshoots in the backs of cars.

LACMA (@LACMA_museum)
The Los Angeles County Museum of Art was the first museum to join Snapchat, and they really know what they're doing.

Casey Neistat (@CaseyNeistat)
Vlogger Casey Neistat, who's pretty much a Snap storytelling expert, even launched his own super-simple video sharing app which you can read more about here.

Dr. Miami (@TheRealDrMiami)
Dr. Michael Salzhauer, AKA Dr. Miami, is a prominent plastic surgeon who posts stories from inside the operating room. So, if watching some good 'ol rhinoplasty is your "thing," this is definitely the account for you.

Christine Mi (@Miologie)
Known as the "Picasso of Snapchat," Christine Mi crafts complex and hilarious self-portraits. She's channeled everyone from Frida Kahlo to the Nevermind baby.

Frank Ocean (Arealglitterboy)
Frank's not one for social media, but we sure were glad when he announced he'd made a Snap account back in May.

Kylie Jenner (@KylizzleMyNizzl)
Kylie's snapchats are a whirlwind of Italian greyhounds, lip-sync sessions, ever-changing hair color, and her insistence that she's not high out of her mind.

Jared Leto (@JaredLeto)
Jared Leto is a real joker on Snapchat...Ha, get it because...Ok, sorry.

Olivier Rousteing (@OlivierRoustein)
Balmain's creative director Olivier Rousteing only made his account 2 weeks ago, but we're especially pumped for any peeks at the upcoming line or perhaps a Kim K kameo.


Justin Bieber (@RickTheSizzler)
When Bieber announced his foray into the snap world last month, we were equal parts excited and terrified. We still are.

Aaaand, if you're still itching for even more Snapchat content, follow us at @PaperMagazine. While you're at it, add our editorial director Mickey Boardman, @AskMrMickey, our chief creative officer Drew Elliott, @Drewpsie, and our Digital Editor Abby Schreiber, @amschrei28.

Welcome to the Lee Pace-aissance